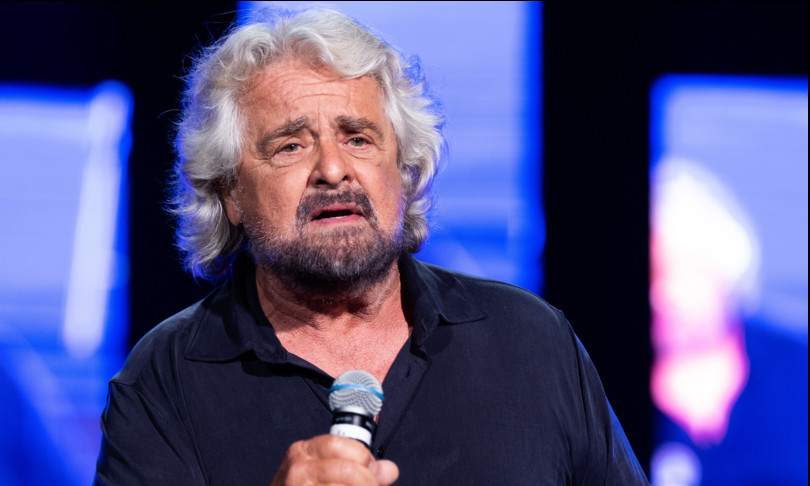 “The balance of the strategies adopted by most Western countries is disappointing. In the first place, because almost none of them have adopted a zero or zero contagion strategy, bearing social and economic costs much higher than those of the countries that have adopted it. Secondly, because they limited themselves to betting everything on vaccinations, when it is now clear that this strategy alone is not enough “.

Beppe Grillo writes it, in a long post published on his blog, entitled “Burden or obligation?”. The co-founder and guarantor of the 5-star Movement adds: “Third, because they underestimated the implications of the restrictions both in terms of human rights, which are cornerstones of liberal democracies, and in terms of their methods of implementation, which could well have better respected the freedom of choice of individuals and organizations and communities to which they belong “.

The second anniversary of the pandemic is approaching and it is time to take stock. Here’s mine. https://t.co/HiGo0qxq2b

“The second anniversary of the pandemic is approaching and it is time to take stock. Official data collected by Johns Hopkins University show just under three hundred million infected and six million dead. But according to the Economist, the real numbers would be significantly higher: to estimate them, he calculated the excess mortality of individual countries with respect to historical data, concluding that the real number of deceased would be more than triple, that is (to date) about twenty million. These are important numbers, even if lower than the number of deaths caused by AIDS, estimated at about forty million, albeit over a period of more than forty years. At this rate, however, two years would be enough to overcome them and another year to overcome those of the Spanish flu, which caused about fifty million deaths “, continues Grillo in the long post published on his blog.

“However, the distribution of infections and deaths varies from country to country, partly due to the climate or the average age of the inhabitants, partly to the strategies adopted to combat the pandemic. Thus the number of deaths compared to the population is very low in most African countries and fairly low in most of the countries of the Indian continent and Southeast Asia, probably due to the temperate climate and the low average age of the population, even if, according to the Economist, the real data would be underestimated.

The strategy of these countries has been defined as “zero or zero contagion”. To implement it, a single measure was not enough, but it was necessary to act on several fronts, namely: rigorous application of the so-called 3T method (ie testing, tracing and treating); modulation of confinements and travel permits also through digital incumbents; checks and quarantines for entry from abroad; vaccination campaigns; selective and timely lockdowns in areas where new outbreaks emerge “.

“The countries that have adopted the zero or zero contagion strategy – observes Grillo – have not only suffered a much lower number of deaths, but, according to a study by Mckinsey, have also returned more quickly to (almost) normalcy. However, with the arrival of the latest variants, many believe this strategy is no longer sustainable, and it is therefore necessary to resign oneself to the idea of ​​living with an endemic spread of the virus.

The only country in the world that continues to pursue this strategy appears to be China, even if the spread of the virus in the countries that first adopted and then mitigated it remains very low. The fact that the zero or zero contagion strategy is no longer sustainable may perhaps console the rulers who have never adopted it, but the cost they have imposed on their peoples is still very high. Furthermore, coexistence with an endemic spread of the virus cannot be solved only with the extension of vaccines, as Luca Ricolfi has been arguing for months.

Other restrictive measures are needed, which basically are more or less attenuated versions of the zero or zero contagion strategy. Each implies limitations on human rights which in Western countries are generally considered “inviolable”, including the right to the inviolability of the body, freedom of movement, privacy, and so on. These rights are among the cornerstones of liberal democracies, and therefore their restriction is extremely critical.

There are no hierarchies between human rights, but it is normal that the restriction of some of them affects us more than others. Thus, for example, the restriction of the right to privacy tends to disturb us less than the restriction of the right to the inviolability of the body. However, for those adopted by Western democracies to combat the pandemic, it seems that the opposite path has been followed. So many governments have considered more lightly the introduction of a vaccination obligation, which concerns the inviolability of the body, than that of a tracking obligation, which concerns privacy “.

For the guarantor of the 5-star movement, “in the restrictions of rights these rights there are two issues that significantly affect their extent and effectiveness. The first is whether they should lead to “burdens” rather than “obligations”: the measures relating to the green pass and the super green pass are charges for accessing the exercise of certain rights, similar to the need to have a driving license to be able to drive.

There are those who say that these charges are a “surreptitious” way to introduce obligations, or as the Anglo-Saxon economists would more elegantly say, “nudges” to exercise a “gentle push” to vaccinate; however, there is no doubt that a charge, at least formally, preserves the freedom of choice.

Therefore, in terms of restrictions on human rights, the imposition of a burden is certainly less problematic than that of an obligation. The second is whether they should compete with the choices of the central government or of the organizations and / or communities to which they refer. Being subject to central government scrutiny, and even more so to mandatory health treatment, evokes Orwellian images that weigh heavily on psychology.

The other way around, letting organizations and / or communities decide which measures to adopt appears in the full spirit of a liberal and democratic order. Not to mention that almost all of these organizations and communities would probably end up adopting far more restrictive measures than those that could reasonably be adopted by a central government “, concludes Grillo.