Riots in Kazakhstan: A young Israeli man was killed by gunfire in the city of Almaty 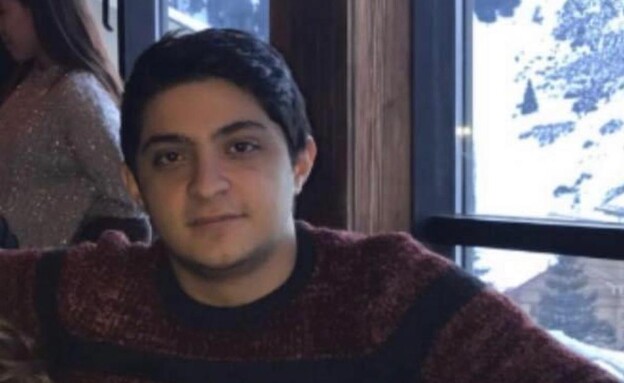 Ben Kojiashvili, a 22-year-old Israeli, was killed last night (Friday) by gunfire in the city of Almaty in Kazakhstan as part of the country’s violent riots, the Foreign Ministry announced today. According to the announcement, the ministry is in contact with his parents who are in Kazakhstan and his family in Israel and is assisting in transferring his body for burial in Israel. A friend of the family told the N12: “He got out of the house to the car, a shot was fired at him and he was killed.”Kojiashvili has lived in Kazakhstan for the past few years, was a business administration student, and his parents live in Ashdod. Ben was married and only a few months ago he had a son. A family friend said the family received the news of his death only last night. According to him, they are now working to organize a private plane that will bring Lavan’s body to Israel, along with members of his immediate family.

Ashdod Deputy Mayor Eli Nacht, who is assisting the family in bringing his body to Israel, told N12 that “the family is in shock.” He said, “This is a child who is not connected to anything, did not go to demonstrations and does not work in the security forces, is not connected to anything.” Nacht said that Lavan was in the car on his way to work with two other friends when the shots caught them. Both friends were injured.

Nacht also said that because the authorities in Kazakhstan “dropped” the Internet and telephones in the country – it was not possible to contact the consulate. “We had to use satellite phones,” he noted.

On Thursday, a travel warning was issued to Israelis against visiting the country. Due to the riots that broke out the previous weekend, some areas of Kazakhstan were given a state of emergency and a night curfew – including in the capital Nur Sultan, in the city of Almaty and in the area of ​​Mangstau.

According to Kazakhstan’s Interior Ministry, 26 protesters were killed in clashes with security forces over the past week, along with 18 policemen and soldiers. However, according to the many reports of shootings in the country the real numbers are probably much higher. According to the ministry announcement, more than 3,800 people have been arrested.

This morning it was reported that the former head of the local intelligence agency, Karim Massimov, was arrested on suspicion of treason. Masimov was fired only this week, and previously also served as prime minister. “On suspicion of committing this crime, the former KNB chairman was arrested and placed in a temporary detention center along with others,” the intelligence agency said in a statement.

The riots in Kazakhstan | Photo: ap
A day after the entry of Russian forces into the country, who arrived to help suppress the uprising and the threat of a coup – President Kasim-Jumart Tokayev yesterday ordered security forces to shoot protesters “to kill”. The president called them “bandits and terrorists”, adding: “The fight against them must continue until the end, whoever does not surrender – will be killed.”

US Secretary of State Anthony Blinken warned yesterday that Kazakhstan will find it difficult to remove Russian influence from itself after agreeing to bring Russian troops into its territory. “One lesson from recent history is that once the Russians are in your house, it’s sometimes very difficult to get them to leave,” Blinken said.

Meanwhile, the U.S. State Department has confirmed to all consulate employees whose presence is not urgent to leave Kazakhstan with their families.The violent demonstrations could severely affect the ability of the U.S. embassy to provide consular services, the ministry said.