Turkmenistan wants to shut down the ‘Gate of Hell’ 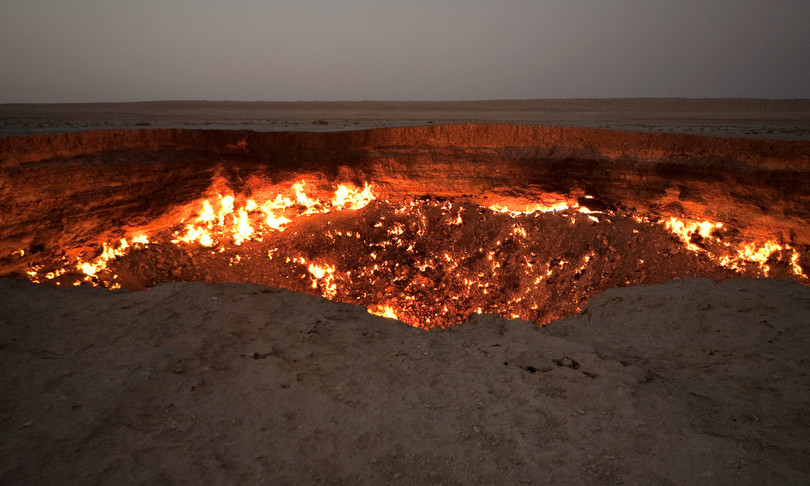 The Turkmen president, Gurbanguly Berdimukhamedov, has ordered the government to shut down the “Gate of Hell” in Darvaza, a burning gas crater that has been a major tourist attraction for 50 years. Berdimukhamedov asked the executive to find a solution stating that the fire caused it waste of a huge amount of gas and damaged the environment and the health of neighboring communities. The crater is located 260 kilometers north of the capital Ashgabat, in the Karakum desert.

It was opened by Soviet geologists who, in search of hydrocarbons, in 1971 drilled a pocket of natural gas. The subsequent collapse of the ground left room for a crater 60 meters wide and 20 meters deep. To prevent methane from entering the atmosphere and poisoning the air, the scientists decided to set it on fire. The forecast was that the fire would go out in a few days but the flames never stopped blazing, albeit with less intensity than in the past.

Since then, thousands of tourists visit Turkmenistan every year to enjoy a view that is unique in the world. It is not the first time that Berdimukhamedov has asked for the crater to be extinguished. The Turkmen president had already issued a similar order in 2013 but the authorities could not find a way to put an end to the suggestive phenomenon.