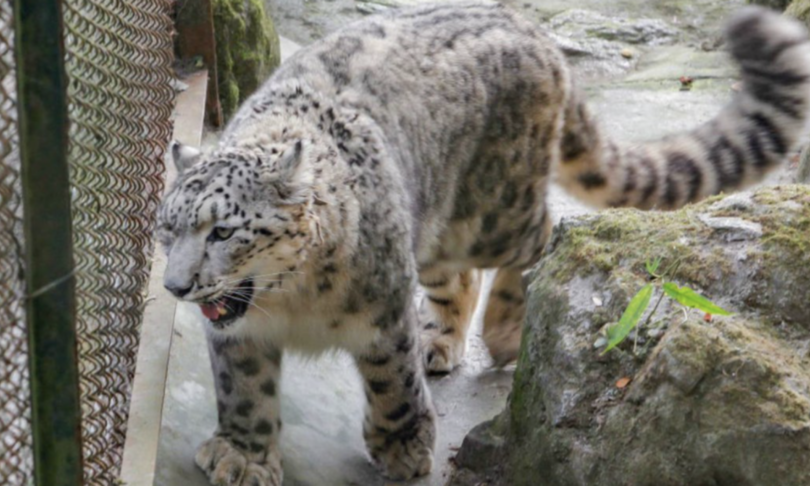 A snow leopard has died after contracting Covid-19, at Miller Park Zoo in Bloomington, Illinois, United States. The 11-year-old feline named Rilu was suffering from one pneumonia caused by the coronavirus, according to CNN, relaunching the announcement arrived from Miller Park Zoo on Instagram. “Rilu arrived in 2011 from the Oklahoma City Zoo,” the post reads. “In her time here, she had seven young that are now part of the Species Survival Plan (SSP).”

“Her beauty and personality will be missed by our staff and our visitors, but we will not forget it,” concludes the message.

“Rilu’s personality and beauty will be missed by guests and staff, he will not be forgotten,” said staff members at Miller Park Zoo #WCIAhttps://t.co/Im5zW3wxew

Snow leopards are a vulnerable species, according to the WWF: with an estimated population of 4,000-6,500, the main threats to their survival are hunting, habitat loss and the climate crisis. Wildlife photographer Joel Sartore, who had immportalized him, paid tribute to the snow leopard in a post on his Instagram account.

“We are very sad to share the news that Rilu, an 11-year-old snow leopard from @millerparkzoo, has died from complications from Covid,” he wrote. “Snow leopards are proving extremely susceptible to the disease, which often proves fatal “, he added, also launching an appeal to be vaccinated.

Rilu had been at the Miller Park Zoo since 2011. https://t.co/SpLc3YwxzB

It is not the first time that infections have been reported in zoos: in December, two hippos tested positive for Covid-19 in Antwerp, Belgium. A month earlier, three snow leopards had died at Lincoln Children’s Zoo in Nebraska due to complications related to Covid.