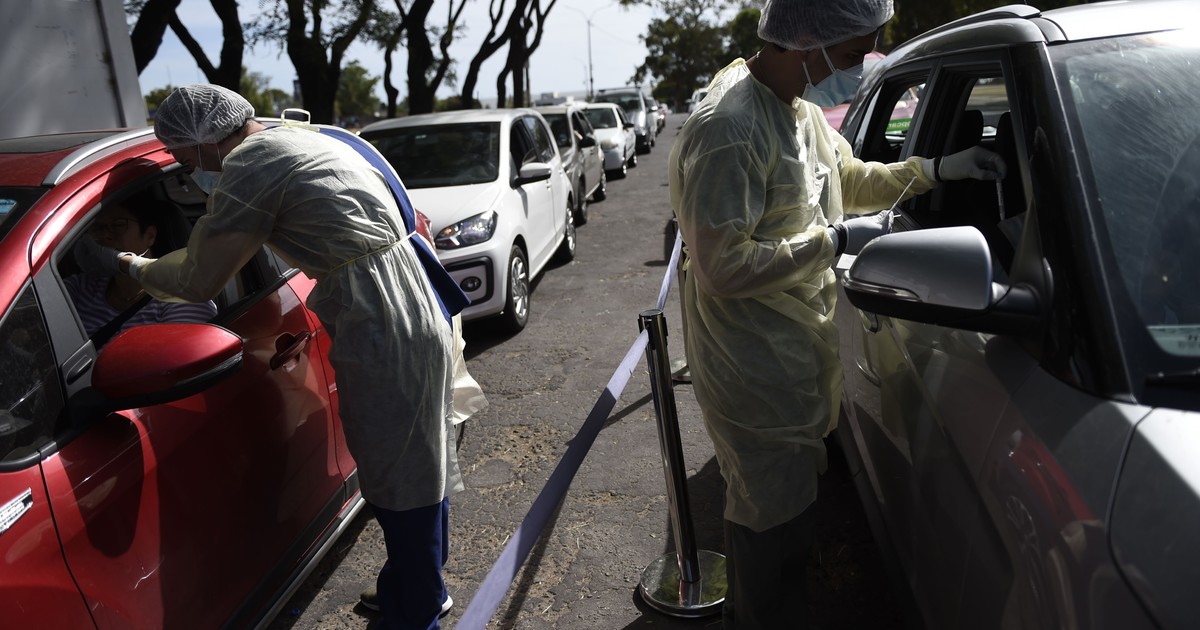 After a few months of relative and deceptive calm, the coronavirus raged around the world again through the Omicron variant, the strain that came to occupy the place of preponderance that Delta had acquired, and which among its main properties has one other dangerous: being easily transmissible from one person to another.

This context, of course, does not escape South America, where this variant considerably increased the number of infections. Meanwhile, the highest authorities of each country in the region take note of the current scenario to order the necessary measures in order to stop, or at least alleviate, the consequences of the new outbreak.

To understand the regional panorama, it is necessary, first, to understand the world situation. According to official figures, in the first week of 2022, more than two million daily cases of covid-19 around the world; a figure that has doubled in ten days. On average, precisely, 2,106,118 new infections were detected every day.

Of course this responds to the emergence of Ómicron in Botswana and South Africa, in November 2021. The strain triggered infections and increased them by 270 percent across the globe.

In South America, specifically, the menu is presented similar to other continents or regions, with regard to the worrying escalation of Ómicron.

In Buenos Aires there are long lines at the covid-19 testing centers. Photo: Luciano Thieberger.

Ómicron, of course, was largely responsible for this voracious escalation: on the first day of the year, 20,020 cases were reported, representing 450% growth in one week.

The Argentine Ministry of Health also reported that there are 603,561 active cases of covid, with 1,852 patients admitted to intensive care, 172 more than on Friday, but with a lower number than that registered during the second wave in Argentina, where there were more than 7,000 people in ICU.

The rest of the South American countries

Uruguay is another of the countries in this part of the continent where Ómicron does not give truce, by causing the fourth consecutive day with record of infected (6,578), in addition to promoting active patients in all its departments.

In sum, there are 443,436 positives that the eastern country has accumulated since it declared the health emergency, on March 13, 2020, with 6,189 deaths in total, one in the last day, and 33 people hospitalized.

For its part, Brazil, which confirmed 49,303 new infections in the last 24 hours, totaling 22,499,525 since the arrival of the coronavirus, highlighted through its Ministry of Health that “the registry of people who recovered from the disease represents a majority expressive of the total accumulated cases (96.2%) ”.

As recently confirmed by the country chaired by Jair Bolsonaro, of controversial measures in the management of the pandemic, distribute rapid antigen tests throughout the country, something that was in the center of the scene during the last week in Argentina.

About 28.2 million units will be distributed for the diagnosis of the disease, of which 13 million, according to the Brazilian Ministry of Health, will be dispensed in the next two weeks. The country totals 619,937 deaths from covid and 227,269 people still hospitalized because of this virus.

A man is being tested in Brazil, which will distribute rapid antigen tests in January. Photo: Sergio Lima / AFP

The rest of the South American nations also focus their attention on the fight against the coronavirus in general, and against the Omicron strain in particular. In Chile, which presents 1,825,417 accumulated cases, 39,251 deaths and 1,725 ​​hospitalized, it was confirmed the highest number of new cases since June 27 of last year, climbing to 4,380 positives in the last day.

In any case, the Minister of Health, Enrique Paris, valued “the vitality and importance” of vaccination by pointing out that on that same date the trans-Andean country regretted the death of 135 people, while today it reported 19.

In Colombia, the head of Health and Social Protection, Fernando Ruiz Gomez, admitted that it exists “A very high circulation of Omicron” and he specified that “about 70 percent of the covid cases in recent days are most likely related to this variant.” The Colombian nation, which counts 5,300,032 infections and 130,288 deaths in total, decided in this framework modify the guidelines for the management of the coronavirus.

Among the main novelties, asymptomatic close contacts, with a complete vaccination scheme, do not require isolation. On the contrary, those who have an incomplete inoculation scheme or are not vaccinated, must carry out 7 days of isolation.

For its part, Ecuador suffers with the Omicron variant and expects a significant rise in the coming weeks. Your Minister of Health, Ximena Garzón, indicated that that strain is already the predominant, displacing the Delta, and that 80% of those infected have it. In the first week of January, there were 7,000 new cases.

In Paraguay, Ómicron is also on the rise: the director of the Central Public Health Laboratory, Carolina Aquino, officially announced that 50% of the detected cases correspond to this variant, which is circulating in 11 of the 18 health regions of the country.

In Bolivia, landing of the strain is “imminent”, as recognized by the Minister of Health and Sports, Jeyson Auza. Venezuela and Peru, meanwhile, have a high number of hospitalized patients, with 4,968 and 4,319, respectively, according to the latest official data.