Italy: Quirinale, Conte – Letta axis to avoid a crisis in the dark 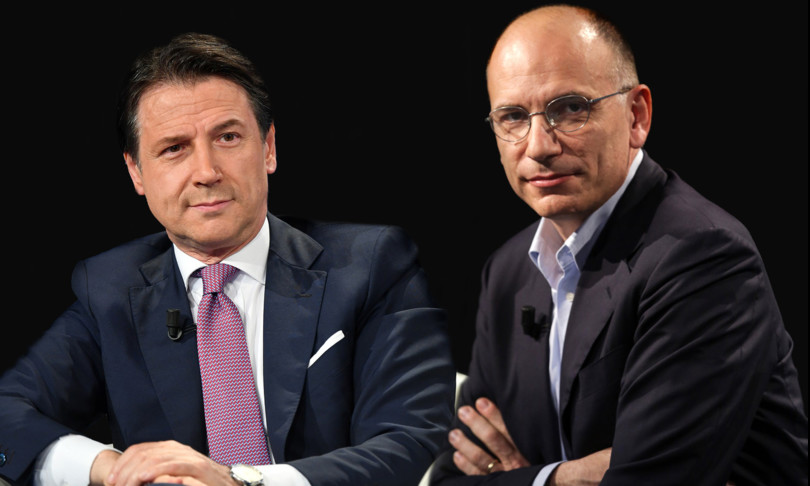 The bugbear still remains Omicron, the spread of infections, the possibility that the army of the great electors may be thinned. Also for this reason in the Democratic Party and in the 5-star Movement it continues to not be excluded the possibility that we can appeal at the end of the game to the Head of State, Sergio Mattarella. But the President of the Republic has already made it known what his intentions are and, therefore, the negotiations for now are on other levels. And obviously it includes not only the name of who should replace Mattarella but also who should eventually go to Palazzo Chigi in the event of a Draghi ‘move’.

And it’s a stalled deal. Draghi shouldn’t say a word on the Colle ‘dossier’ on Monday. He called a press conference to put his face on the measures approved this week in the Council of Ministers, he will reiterate that Italy has led the way on the vaccination obligation and that the choices made did not emerge from the diktat of the political forces but from the need to find balanced solutions.

However, beyond the concern of the parties that re-launch the need for new interventions in favor of the penalized categories and consequently of a new deviation, the lights are on the Quirinale. Berlusconi is oriented to dissolve the reserve, or at least to take a step forward towards his candidacy when the center-right meets. And in Forza Italia the assumption – reiterated today by the blue coordinator Tajani in an interview – is that without Draghi there is no longer national unity and we would go to the elections.

Salvini remains more cautious but it will be difficult for him to escape from the Knight’s embrace. Hence the impasse, because the Democratic Party and the 5-star Movement, beyond the Berlusconi obstacle, have no intention, according to parliamentary sources, to support an executive and thus leave the League with its hands free to the opposition.

The objective therefore is to involve the leader of the Via Bellerio party in an overall agreement. So that we arrive at a shared name but also at an end-of-term pact. But if that pact is not signed, the risk is therefore that of early voting. Both the Democratic Party and the 5-Star Movement do not believe in an ‘Ursula majority’ or in an executive held up by the votes of the mixed group. It would be a sort of technical cabinet on which the Lega could profit in electoral terms, like the Brothers of Italy and possibly also Forza Italia.

Hence the need – underlines a ‘big’ dem – that there is an all-out agreement. Either all or none, the ‘refrain’, the center-right takes responsibility to avoid taking the country to the polls.

The parties are therefore preparing for the Colle match. With very specific objectives. Berlusconi’s is keeping Salvini and Meloni hooked. That of Letta, Conte and Speranza (they should see each other in the middle of the week) to sign a sort of consultation pact. The attempt is to avoid crisis in the dark but at the moment the offer of a ‘plan B’ to the center – which does not include Berlusconi’s name on the table – has not been collected. Or at least the negotiations have not yet led to any agreement.

Then there remains the need for each political force to compact the groups within themselves. Conte permanently gathers the pentastellata ‘war room’ (today he returned to meet vice presidents and ministers) awaiting a joint assembly, Letta will build the canvas in these days in view of the meeting with the management and groups on Thursday, so that avoid forward escapes. Nobody will publicly mention names but the agitation – even in Forza Italia in reality – is about the risk of early voting. An agitation that Renzi makes evident when he ventures the thesis that “Meloni, Conte and Letta want elections”.