Italy: Quirinale, center – right at work to ‘tighten’ on an area candidate 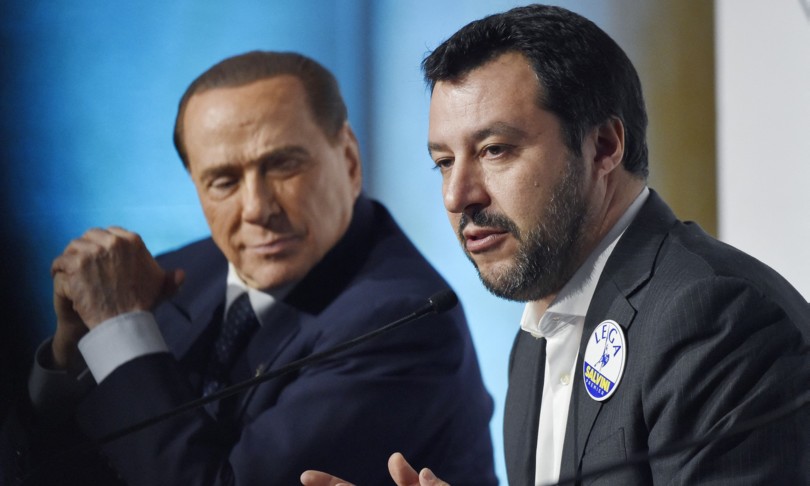 The center-right pulls straight on the election of an “area” president of the Republic. And, on the strength of what is read in Forza Italia as an EU endorsement, it relaunches the name of Silvio Berlusconi. “I think, in all honesty and without emphasis, that a Silvio Berlusconi presidency with a head of government like Mario Draghi would be unbeatable and would promote Italy even more than the already high position it enjoys”, says the secretary of the European People’s Party. Antonio Lopez for whom, “Berlusconi and Draghi both have this advantage, which surpasses any other Italian politician: they are the only ones truly known and appreciated as leaders in Europe”. Words that are greeted with a unanimous chorus of jubilation by the exponents of Forza Italia and with thanks via Twitter from the person concerned: “Thanks to my friend Antonio Lopez for the words he wanted to reserve for me in his interview with Il Giornale. We are the backbone of the EU, we want increasingly modern and efficient institutions, capable of facing difficult challenges such as Covid “.

The other center-right leaders do not mention Berlusconi – who remains, however, the only name officially in the field – but return, compactly, to invoke a President of the Republic who is an expression of that political area. Matteo Salvini, in particular, reports on the sidelines of an electoral event next to the center-right candidate for the supplementary in Rome: “I don’t participate in the totonomi, I leave it to others. What I work for is the quick election of a center-right exponent, after 30 years. I think that alternating at the Quirinale is also good “, emphasizes the Northern League leader who announces that he wants to re-launch the appeal to the other parties, majority and non-majority, to open a table on the Quirinale.

“Everyone told me at the second half: the recovery is starting tomorrow for me. I will send the invitation to everyone later this week”. Of the same opinion is Fabio Rampelli, deputy of the Brothers of Italy and vice president of the Chamber: “It is time for the President of the Republic to be the expression of an area other than the one that has monopolized the last 25 years, despite having been chosen only twice by the Italians. It’s time for an alternation, and today we have 45% of the majority. If not now, when?”.

However, Silvio Berlusconi’s name represents, for the center-left, an obstacle to calling the table. The Democratic Party has made it clear. Secretary Enrico Letta is preparing to speak at the joint meeting between management and parliamentary groups convened on January 13, the kick-off of the internal discussion in the Democratic Party on the election of the Head of State. The Democratic Party arrives at the appointment with few but clear ideas: before the names we need the political method. Far from being a banality given that the vote of the Quirinale appears more and more a decisive junction for the future of the government, of the majority and, therefore, of the legislature. In the last few hours, the current led by Matteo Orfini has announced its intention to propose the ‘Mattarella Bis’ option in the direction. For the exponent dem to elect Draghi to the Quirinale would bring “instability in a delicate moment”.

A risk very present also in those who hope to see the former president of the ECB in the Studio alla Vetrata. For this reason, for example, Enrico Letta proposed to link the two games of the election of Draghi and the alternation at Palazzo Chigi, to a single political agreement whose foundations should be laid starting from the majority that supports this government and, only at a later time, try to extend this understanding beyond the perimeter of the majority. A goal that, to date, is hindered by the presence in the field of Silvio Berlusconi as the only option of the center-right.

Certain, “an encore of Mattarella would not mind anyone”, is pointed out by parliamentary sources of the Democratic Party, “but doing it as Orfini did it seems nothing more than a positioning in view of the meeting on January 13”. In any case, during the meeting of 13 January “no names of any kind will be put forward, the meeting will serve to keep the parliamentary groups and the party together, as well as to give Enrico Letta a mandate to sit at the table of the majority, if ever should be summoned “.

The political forces are blocked by what a Pd exponent calls “a game of mirrors”: the center-right has already made it known to wait for the end of the meeting on 13 January to decide whether to continue on the name of Silvio Berlusconi, while the center-left, with the Pd in ​​the lead, underlines that it is precisely the presence of the Knight in the field that prevents the start of dialogue.