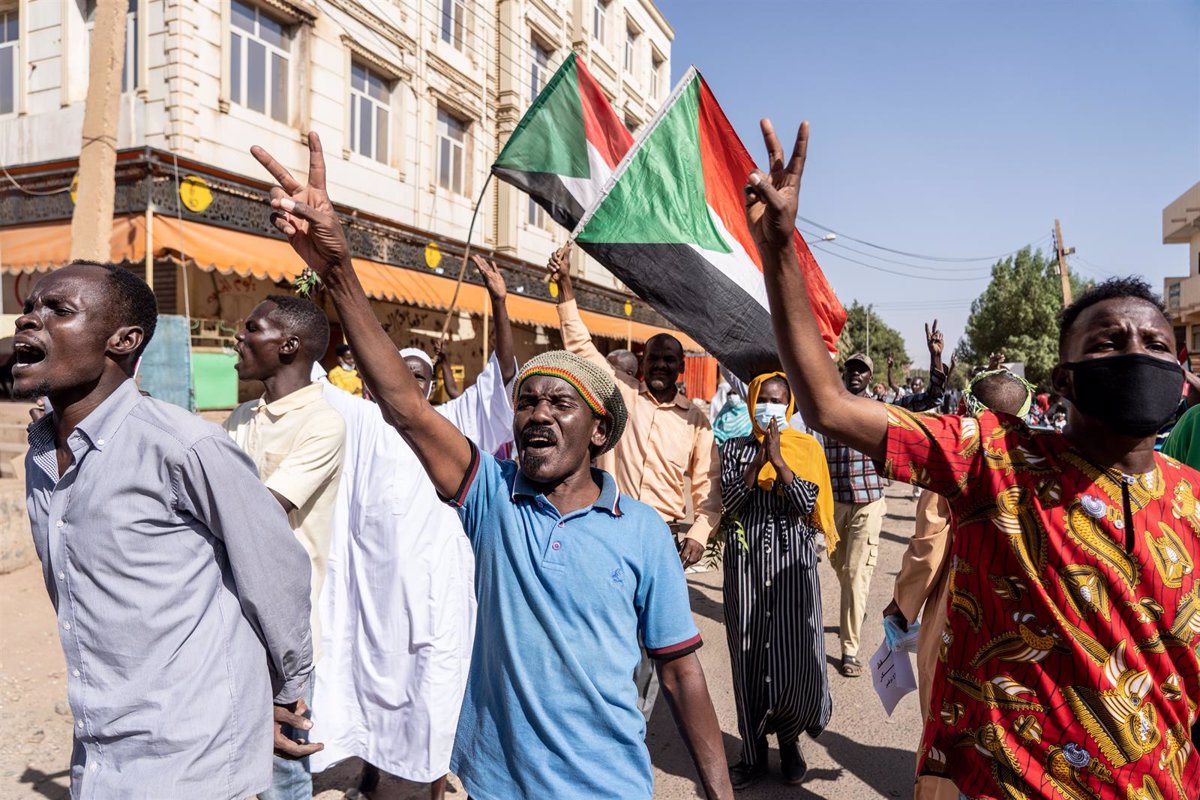 At least two young people have died this Sunday in a new day of protests and mobilizations to demand the immediate departure of the military from power.

The Sudan Medical Committee has reported the death of 26-year-old Ali Hob ​​al Din Ali, who was hit in the neck by a tear gas canister fired by security forces.

In addition, Aladín Adel, 17, has died, treated in intensive care after being shot in the neck during his participation in the protests on January 6 in Omdurman. “With these, the number of martyrs since the coup has risen to 62”, highlighted the Committee of Doctors.

Pro-democracy marches have taken place on the main streets of Khartoum, as well as the annex cities of Omdurman and Khartoum North.

In the hours before the concentration, the security forces have closed all the roads to the center of the capital, and blocked secondary accesses such as the bridges that link the three cities: Khartoum, Omburman and Khartoum North with concrete blocks and barbed wire.

These measures have not prevented clashes in the vicinity of the presidential palace in Khartoum in which the military used tear gas and sonic grenades.

At least 62 people have died due to the repression of the Sudanese forces against the demonstrations since the coup on October 25 that finished consolidating the military in power in the figure of the president of the Sovereign Transitional Council and head of the Sudanese Army , Abdelfatá al Burhan, according to the Sudan Medical Committee.

For the rest, reactions to the United Nations initiative continue to arrive, ranging from absolute rejection to uncertainty. For example, the Sudanese Professionals Association, a prominent Sudanese civil organization, key in the protests that overthrew dictator Omar al Bashir in 2019, rejected the reconciliation plan announced on Saturday by the UN, considering that it legitimizes the military authorities.

The official spokesman for the association, Salá Jafar, has denounced that the proposal of the head of the UN mission, Volker Perthes, contravenes the slogans of the protesters, who demand to completely break ties with the military (“Without association, without legitimacy , without negotiation “) and is very far from the solution. “Volker’s call to negotiate with coup leaders legitimizes his presence in power,” said the spokesman in statements collected by the Sudan Ajbar news portal.

For its part, the civilian coalition of the Forces of Freedom and Change (FCC), have indicated that they had not yet received details about the initiative from the United Nations, which will study whether to officially receive it. “In this context, we at the FCC treat positively any international effort that helps achieve the goals of the Sudanese people to combat the coup and establish a civil and democratic state,” according to a statement.

The international quartet made up of Saudi Arabia, the United Arab Emirates, the United Kingdom and the United States, for their part, welcomed the proposal “with satisfaction,” as did Qatar, Egypt and Bahrain.

“We strongly support the UN-facilitated Dialogue Initiative on Sudan and urge all Sudanese parties to seize this opportunity to restore the country’s transition to civil democracy,” according to the note.