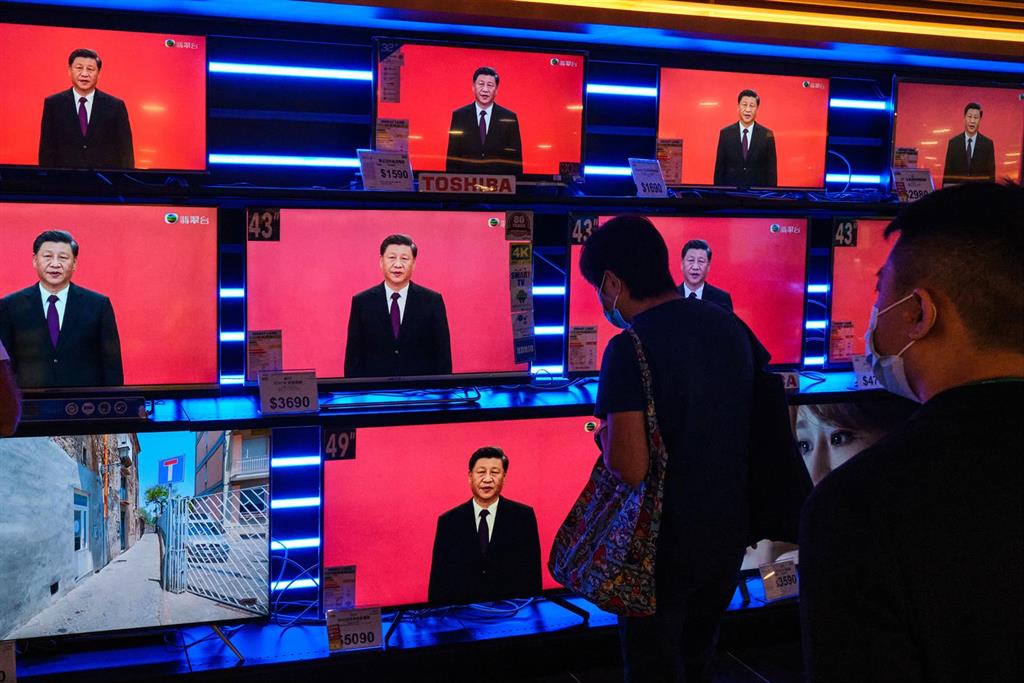 The president, already consolidated as a great national guide, faces the next few years backed by a difficult combination of tradition and modernity

The Communist Party of China celebrates this Thursday its centenary in full activity to cement the “new era” announced in 2017 by its secretary general and president of the country, Xi Jinping, a path to restore national glory through the consolidation of the country as world power-

The general consensus indicates that this doctrine emerges as a result of the economic crisis of 2007-2009; the moment in which the Chinese government authorities perceive, as the one considered the right hand of the president in economic affairs, Vice Premier Liu He, pointed out in 2014, the need to take advantage of “the widest possible intersection between the interests of the country and the interests of the country- of the entire world”-

This master line is based on dozens of principles simplified by Xi Jingping in innumerable slogans for the easy digestion of both the 92 million members of the party and the population in general, as exemplified by one of the great pillars of his policy, the fight against domestic corruption, summed up in the slogan “Hunt tigers and swat flies-” Neither the senior party officials nor their local officials, the president wanted to say, would come out unscathed from any crime they might have committed-

For the population, Xi offers an exaltation of the so-called “fundamental socialist values”, deeply traditionalist and protected under the banner of “social harmony”, an objective that the country aims to achieve by making use of omnipresent citizen surveillance systems or whatever it is- possibly the largest information censorship structure in the world: the labyrinth of restrictions on digital information known as the Great Firewall-

From doors to the world, the Chinese president offers a final proclamation, inherited this time from his predecessor, Hu Jintao: the “building of a community with a future shared by humanity” or, in other words, a “Chinese approach”, as the ex-president said, “to the problems the planet faces-” The best example is its great infrastructure superproject known as the New Silk Road, a set of connections between China and Europe that will have cost, when completed, a trillion dollars, according to the most conservative estimates of the financial multinational Morgan Stanley-

Faced with this set of desires and ambitions, the “socialism with Chinese characteristics” that Xi Jinping proposed in 2017 has collided on numerous occasions with the “Western values” led by the United States, whose political relations are not exactly going through the best of times, as demonstrated a recent tariff war, cross accusations about the origin of the coronavirus pandemic identified for the first time in the Chinese province of Wuhan, the constant denunciations of Washington against the Chinese military expansion in the Indo-Pacific region, the treatment of ethnic minorities , or increasing its control over territories with a certain degree of autonomy, such as Hong Kong-

None of this seems to publicly bother President Xi, who in April claimed that “time and inertia are on China’s side” amid speculation by experts about the new phase of his plan for the immediate future of the party with no apparent successor: Xi He did not mention the issue at the end of his first term, in 2017, and experts consulted by the ‘South China Morning Post’ do not believe that he will do so next year either- For now, he has ignored the unwritten rule that marks retirement for party officials at 68 years of age, which he fulfilled last week, and has embraced the elimination of the presidential term limit approved in 2018, which opens the door to rule for life-

This accumulation of power – Xi is president, head of the Armed Forces and general secretary of the Communist Party – started a new era of centralization in China- For some experts, a more personalized continuity stage with trained advisors; for others, a threat of stagnation in a volatile world and an open door to internal power struggles within a huge bureaucratic system that no longer has term limits as a braking mechanism-

As analyst Jeffrey Bader for the Brookings think-tank noted at the time, “the message is being sent to potential party leaders that rules don’t matter-” In addition, Bader predicted a period of extreme rigidity in governance- “Local officials, who are cautious people in themselves, will now be much more afraid to stick their heads out and propose ideas- Instead of giving their opinion, they will ask for advice, and once again, excessive loyalty will be the most valued currency,” he says- –

Xi Jinping’s succession is a point of uncertainty that adds to an internal problem that the Chinese authorities have grappled with for a long time: an aging population- In this sense, the Government is preparing to lift all its restrictions on the birth policy around the year 2025 after discovering in May that the birth rate in the country fell for four consecutive years, from 2016 to 2020- All to alleviate a demographic incidence that endangers another of the great objectives of the president’s master plan, such as the “great rejuvenation of the Chinese nation” by 2049-

This long-termism has defined the last four years of Chinese politics and the president is expected to refer to it during his long-awaited speech on Thursday, the official day of the celebration of the centenary of the first congress of the party in a radically different scenario from today- in a country impoverished and plundered by civil war-

Earlier this month, China launched an essential part of its new space station into orbit and successfully landed a rover on Mars as its economy grew 18-3 percent in the first quarter of 2021 in a post-apogee recovery display- of the pandemic- Xi declared in February the “end of extreme poverty in the country-“

Against this, it must be remembered that their per capita income remains well below that of developed countries and is just below the world average of around $ 11,000- The country, according to CNN experts, still cannot find a way to control the global commodity boom and there are some frictions with China’s new environmental policies- Power outages across the country have upset millions of people in recent months, and there are questions about whether Xi’s dogged drive to achieve carbon neutrality by 2060 was limiting his energy supply-

Be that as it may, in 2023, the Communist Party will have governed exactly the same period of time as its Soviet counterpart before the dissolution of the USSR in 1991: 74 years in which it has undergone historical crises such as the Great Famine of the late years- 50 caused by the economic policies of Mao Zedong or the Tiananmen Square massacre in 1989-

All of them events that the Chinese Government has officially silenced and persecuted those who remember them under the crime of “historical nihilism”; an effort according to the authorities to “rewrite the past” and that collides head-on with the official history championed by the president, one of resistance to external elements and “of continuous adaptation of Marxism to the Chinese context-” This condensed into a strategy that keeps China standing where others have fallen, and with its superpower aspirations intact, reasons alone that justify the “great celebration” of this centenary-