Italy: Call for no restrictions on the election of the head of state 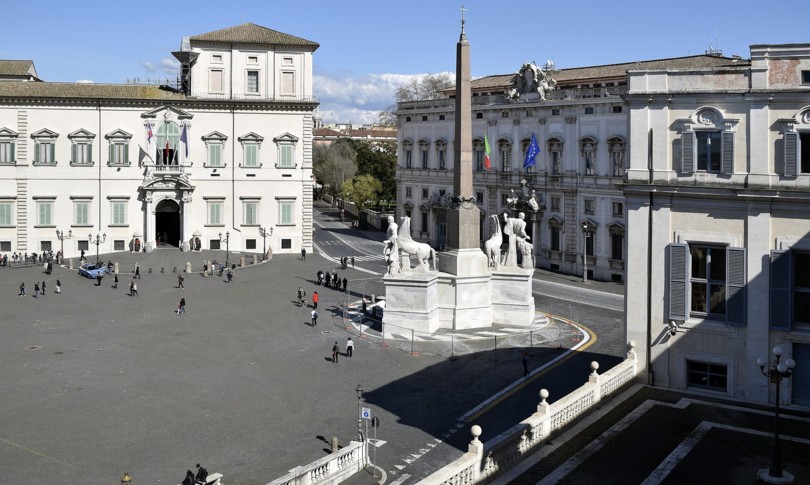 Allow all major voters to participate in the vote for the election of the next President of the Republic, also by modifying the decree on the super green pass, and multiplying the seats to lower the risk of contagion. Francesco Clementi, constitutionalist and professor at the University of Perugia, suggests, in an interview with the , the measures to be taken in view of January 24, the day of the first vote for Sergio Mattarella’s successor at the Quirinale.

Some of the big voters risk not being able to participate in the election. How to avoid this danger?
“Issues must be placed in order of priority knowing how to distinguish the most important asset that the legal system must protect today: allowing the presidential constituency to be able to express itself without any restrictions. We must secure the Republic by electing its Head of State. And mainly the presence of the voters must be considered central. One cannot imagine that it is the same system that prevents the presence of presidential voters. Not only would it be inconsistent, but it would be unconstitutional in itself “.

However, the decree on the super green pass also prevents unvaccinated presidential voters from traveling, taking planes and ferries.
“It is an error that must be remedied with an ad hoc, specific, punctual rule, dedicated exclusively to the election of the Head of State. A no vax has no right to a different treatment than other citizens, but only in this case, because exercises a constitutional function that we must protect and to guarantee the right to vote for the election of the Head of State, this exception must be guaranteed. We are interested in the constitutional function that they perform rather than their free choices. We need an amendment from to insert in the first useful decree that goes into conversion before the vote, and that is defined exactly for the constitutional function to which the presidential voters must fulfill “.

And the precedent of unvaccinated parliamentarians who are prevented from attending the sittings of the Chambers?
“It is not applicable. The presidential election is not a vote like any other. The election of the President of the Republic is a mere polling station. It proves that there is no debate, there are no nominations or speeches in the Chamber. It is simply a seat in the center of the Chamber “.

The risk of contagion exists. The Quaestors of the House and Senate will meet next week to take all possible measures. What could be a solution?
“That seat we were talking about can potentially be multiplied in several locations. My thesis is very simple: the joint session that the Constitution can allow simultaneous voting. So at the same time the big voters can vote in several different parliamentary seats, which it could be the halls of the Chamber and Senate. Thus the risk of being infected is reduced. One could also imagine something else: for example, voting in the halls of the committees of the Chamber of Deputies alone to maintain the physicality of a single voting place. , you simply need an empty classroom, the bigger the better, which has the same constitutional guarantees that the Montecitorio classroom fulfills. Of course, the ballots must be scrutinized all together by the presidents of the Chamber and the Senate and all this must take place in the maximum constitutional guarantee in the Montecitorio chamber itself “.

Is there a possibility of a remote vote?
“I am not against it. I am thinking of the guarantees offered during this pandemic period by the European Parliament or by other parliaments that have adopted it. But it must be the last resort of this path. To build it, however, it is necessary to regulate it. Of course, the constitutional requirements must be guaranteed. : Article 83 and Article 48 which prescribe that the vote must be equal, personal, free and secret. These four characteristics must be respected. But if you vote on the 24th you have to make a move to make a specific regulation, if It could be approved quickly in these two weeks that separate us from the vote as a one-off appendix to the House Rules “.

There are those who suggest postponing the vote.
“I am against it, I do not agree. It would signal that this country and this system is incapable of making 1,008 people vote safely. It would then constitute a constitutional vulnus: we are dealing with a monochromatic type election to a restricted college. We are facing a risk. that even in times of war one could not imagine. I am decidedly against. This Republic is capable of protecting this college and those electors. Today they represent the Republic and its health even more. And as such they must be protected and guaranteed in the function that they Therefore, the right mechanisms to protect their constitutional function must be approved, not the choices of individuals. He notes. Today he notes the constitutional function that those individuals, including the no vaxes, fulfill. To protect it, we must make a specific exception exclusively to the vote for the Head of State, a key vote of the system “.