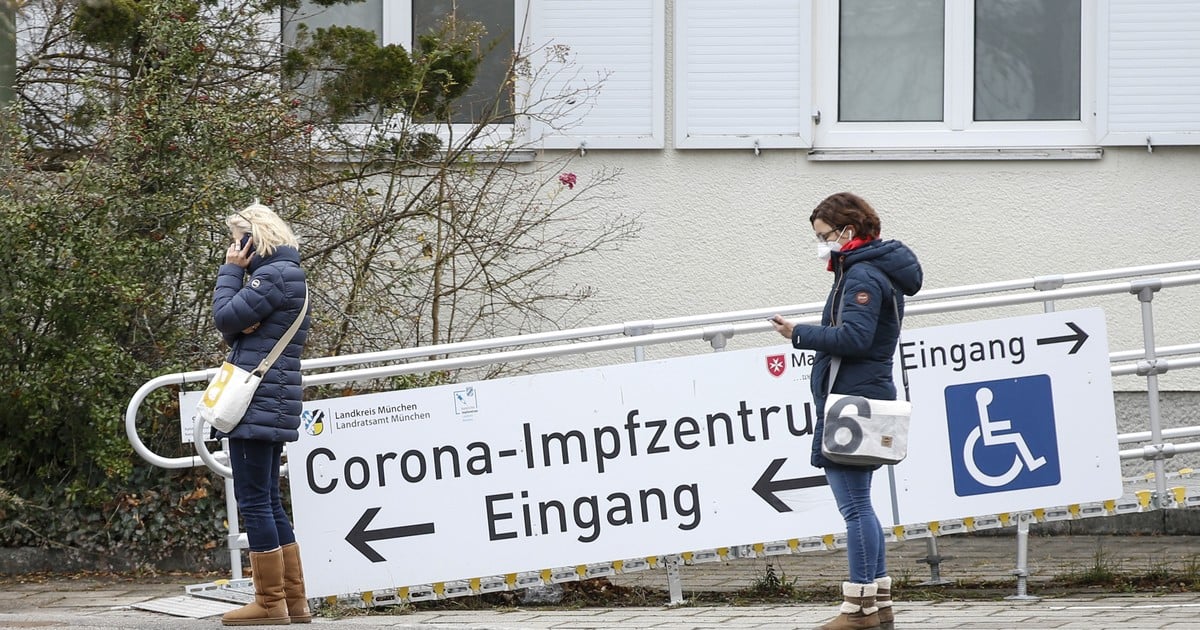 Chancellor Olaf Scholz’s tripartite German government of social democrats, environmentalists and liberals faces its first troubles and difficulties, one month after its arrival in power.

The cabinet took office on December 8. The coronavirus pandemic – which in Germany registers the worrying circumstance of having only 71.8% of the population vaccinated – and the proposal by Brussels to label atomic energy and gas as green in certain cases, tighten the seams of the new Executive .

The plan to decree mandatory vaccination, announced with great fanfare at the beginning of December when Scholz was not yet Chancellor, falters due to doubts in the face of this controversial and radical measure, in a social environment already tense by the ongoing anticovid restrictions and by the increasingly frequent demonstrations of the antivaccines, tinged with an ultra-right-wing presence.

Scholz hoped that the Bundestag (Lower House of Parliament) approached a mandatory vaccination law before the end of the year, but it was not possible.

Now that we are in 2022, surprisingly, the first parliamentary debate on the thorny issue will not take place until the last week of January.

Scholz and the Minister of Health, the also Social Democrat Karl Lauterbach, maintain the objective that the legislative process is completed “in the first quarter of the year.” But it is unclear when the law would take effect.

The liberal partners, led by the Minister of Finance, Christian Lindner, are now reluctant, and advocate that the obligation be limited to those over 50 years of age. In March it will be mandatory for health personnel.

According to him, the evolution of the pandemic – which in general terms is under control, with around 55,000 infections a day – shows that we must “act with moderation.”

A nurse prepares syringes with the coronavirus vaccine for children and adolescents at a vaccination center in Berlin. Photo: AFP

In an attempt to get more Germans vaccinated, the federal government and the presidents of the 16 countries agreed on Friday that those vaccinated and cured must present antigen test to enter restaurants and bars, and that only those vaccinated with the booster dose will enter as is.

Those not inoculated have long been banned from entering restaurants. Only 42.3% of the German population have received the anticovid booster dose.

The other issue of friction came on December 31, when the European Commission unveiled its green labeling project for nuclear and gas plants, conceived to facilitate the financing as sustainable of facilities that contribute to climate protection.

The German government, divided on the matter, studies a consensual response, in which it is glimpsed that the environmentalists have the upper hand.

Germany plans to abandon nuclear energy precisely at the end of this year, according to the plan adopted in 2011 by former conservative Chancellor Angela Merkel, initially opposed but turned after the Fukushima catastrophe and the outcry in public opinion.

For the greens, that nuclear energy is labeled as sustainable is a bitter pill as the party was born and grew up rejecting it.

However, the Environment Minister herself, the green Steffi Lemke, admitted on Tuesday the difficulty of modifying the Brussels proposal, which has strong support such as that of France, herald of atomic energy.

“Chancellor Olaf Scholz has made it clear that, from the government’s point of view, investments in nuclear energy cannot be considered sustainable investments,” Lemke said.

Indeed, the Social Democrat SPD agrees with the Greens that this classification of atomic energy squeaks, but is quietly silent about the Brussels proposal that plants that run on gas can, under certain conditions and for a limited time, be considered sustainable.

The finance minister, the liberal Lindner, expressly praised this point.

In fact, gas as a transitional technology while renewable energies grow appears in the coalition agreement of the three parties, although without being classified as sustainable.

Greens fear that declaring investments in nuclear and gas-fired thermoelectric plants sustainable will take away private funds from renewables. But many analysts consider that the Brussels proposal is also suitable for German interests – gas seen as sustainable allows the country to save time – so everything indicates that the environmentalists in government will have to resign themselves.