New York: People killed and injured in a huge fire in a building 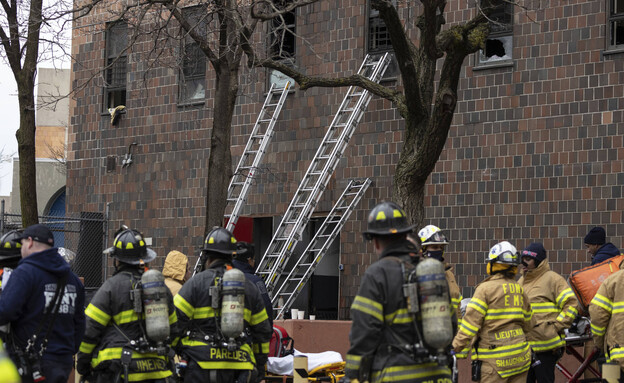 19 people, including 9 children, perished last night (Sunday) in a fire that broke out in a 19-story residential building in the Bronx borough of New York. According to reports in the US, 63 people were injured, 32 of them in “life-threatening” condition and another 9 in critical condition. 200 firefighters assisted in the firefighting and rescue operations.

Firefighters and rescue crews were called to the scene around 11:00 a.m. (US time). At 1:00 p.m., firefighting efforts were successful – and crews took control of the fire. He added: “This is a terrifying and painful moment for New York City. “This fire will cause great pain and despair in our city.”

Preliminary findings indicate that the door of the apartment where the lighting began, which is located on the second and third floors, remained open and allowed the thick smoke to come out and disperse into the stairwell. Daniel Negro, one of the firefighters on the scene, said at a briefing reporters that victims were found in the stairwell on each floor, some of whom apparently suffered from smoke inhalation and were unable to find their way down. Negro added that the fire apparently broke out due to the use of a “faulty electric heat spreader”.

What is happening in this damn beginning of the year. At least 19 people were killed, including 9 children, and many more were injured in a building fire in #NewYork City. #NewYorkfire #NYFD #Bronx #BronxBombers #NYC pic.twitter.com/hm9bfmR99N

Asked if people may have jumped out of windows during the fire, Negro said some may have fallen in an attempt to climb ladders placed by firefighters. He added that he did not hear any reports of anyone jumping out of the window before firefighters arrived.

One thought on “New York: People killed and injured in a huge fire in a building”