Russia and NATO: The keys to a tense negotiation 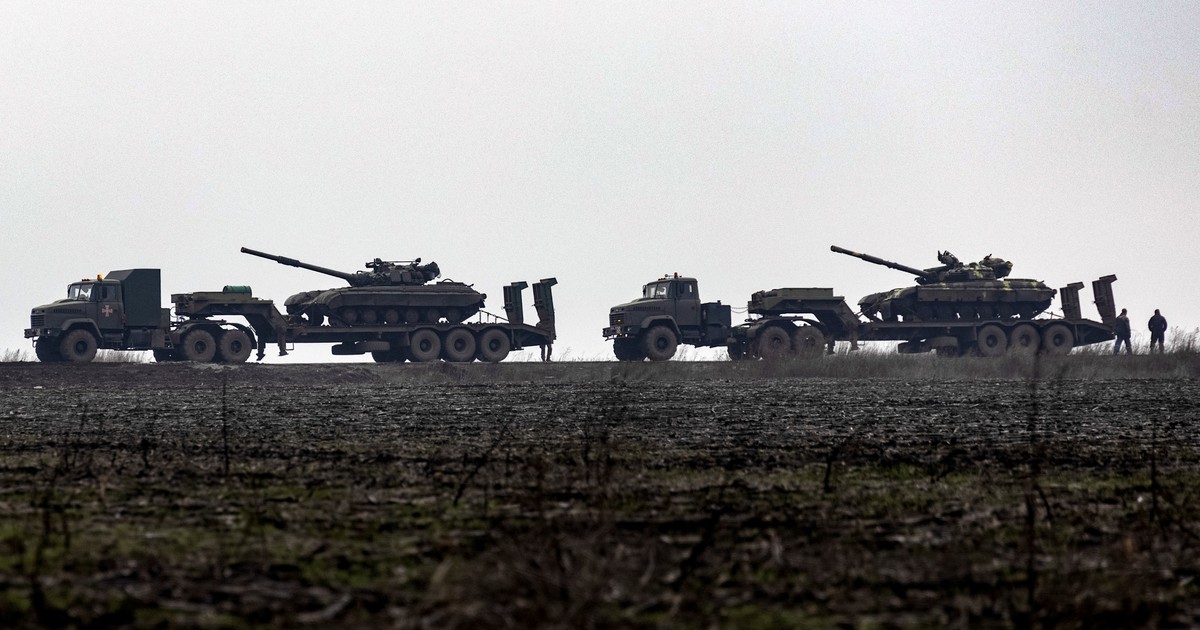 Russian officials are meeting this week with representatives of the United States and its NATO allies to negotiate Moscow’s demands that the West provide security guarantees and address Western concerns about the recent movement of Russian troops near Ukraine.

Russian and US negotiators begin a round of talks in Geneva on Monday that will be followed by negotiations between Russia and NATO in Brussels and a meeting in Vienna of the Organization for Security and Cooperation in Europe during the week.

Here, some clues about the topics on the agenda and the main discrepancies.

Fear of a Russian invasion

The mobilization of Russian troops and equipment on the border near Ukraine raised concerns in Kiev and the West that Moscow is preparing an invasion.

Moscow denied having that intention, and in turn accuses the Ukrainian authorities of planning an offensive to regain territories in eastern Ukraine controlled by separatists with Russian support – Kiev, in turn, rejects these accusations.

US President Joe Biden twice last month addressed the mobilization of Russian troops with Russian President Vladimir Putin, warning that Moscow would face “serious consequences”, including unprecedented economic and financial sanctions, if he attacked his neighbor.

Russia annexed the Ukrainian Crimean Peninsula in 2014 and has supported the separatist rebellion that began that year in the east of the country, where more than 14,000 people died in seven years of fighting. The West responded with sanctions that hit the Russian economy but failed to persuade Moscow to change course.

Putin has described the possibility of Ukraine joining NATO and the alliance deploying weapons in the country as a “red line” for Moscow. The Kremlin has demanded that Washington and its allies agree to exclude Ukraine, Georgia and any another ex-Soviet nation from NATO expansions.

Moscow has also demanded that the United States and its allies commit not to deploy weapons or carry out military activities in Ukraine and other former Soviet nations.

The Kremlin has presented a draft security treaty between Moscow and Washington and a principle agreement between Russia and NATO as a starting point for this week’s negotiations. The documents would oblige the alliance not to deploy troops to areas where they were not present in 1997, before NATO incorporated former Soviet bloc countries and former Soviet republics.

In addition, they call for efforts to reduce the risk of incidents between Russian and NATO aircraft and ships, especially in the Baltic and Black Seas, a reduction in the scale of military maneuvers, more transparency and other measures to increase confidence.

The rejection of the United States and NATO

The United States and its allies flatly rejected the request that NATO not admit Ukraine or any other new members, stressing that a basic principle of the alliance is that membership is open to any eligible country, and that no external country has veto power.

Although Ukraine and Georgia are not yet ready to join NATO and have little chance of being invited anytime soon, Western allies insist that the doors of the alliance must remain open to them.

NATO promised in 2008 that it would accept the two countries at some point, although it has not offered a concrete plan for their incorporation.

Although the allies firmly refused to freeze NATO expansion, Washington and the Atlantic Alliance said they were willing to talk about arms control, confidence-building measures, more transparency and risk reduction if Russia adopts a constructive attitude.

US officials said they are open to talks about restrict possible future offensive missile deployments in Ukraine and to limit US and NATO military exercises in Eastern Europe if Russia is willing to back down in Ukraine.

At the same time, the White House urged Russia to help create a positive environment for the talks by withdrawing its troops from areas close to Ukraine.

Moscow rejected that proposal and stated that it can deploy its forces if it deems it necessary on its own territory. He also described the mobilization as a response to “hostile” NATO movements.

Putin has described the negotiations with the United States as something “positive”, although he said he wants quick results and warned the West not to try to bury the Russian demands with “inconsequential talk.”

When asked at a press conference last month if he could guarantee that Russia would not invade Ukraine, Putin responded angrily, saying the West “must give us guarantees and give them immediately, now.”

Russian Deputy Foreign Minister Sergei Ryabkov, who is leading the Russian delegation in the security talks, described such a move as “absolutely essential.” Requirement for assurances that NATO will not expand into Ukraine and other former Soviet countries and warned that if the United States refuses to address it, it would make further talks useless.

“We go there not with an outstretched hand, but with a precisely formulated task that we must solve under conditions that we have established,” Ryabkov clarified.

Russia will not make concessions under threats and pressurehe warned, and the talks could end after the first round if the United States and its allies do not cooperate.

The Kremlin’s demanding demands, combined with an urgency for quick results, fueled US suspicions that Moscow might make unrealistic claims only to have the talks fail and then use it as pretext for aggressive action. Russian diplomats have rejected that accusation.

Although Moscow has denied having plans to attack Ukraine, Putin warned that he could be forced to take “military-technical measures” unspecified if the West refuses to meet its security demands.

He did not go into details, beyond saying that the Russian response in that case “could be diverse” and “will depend on what proposals our military experts give me.”

Kremlin foreign policy adviser Yuri Ushakov said Putin had told Biden that Russia would act just as the United States would have if it had seen offensive weapons deployed along its border.

The launch of a salvo of Zircon missiles in late December completed testing of the new weapon, which the Russian president says flies at nine times the speed of sound and has a range of more than 620 miles (1,000 kilometers) away.

Although he expressed concern that NATO could use Ukrainian territory to deploy missiles capable of reaching Moscow in just five minutes, Putin noted that the Zircon would give Russia a similar capability.

“It would also take just five minutes to reach those who gave the orders,” Putin said.