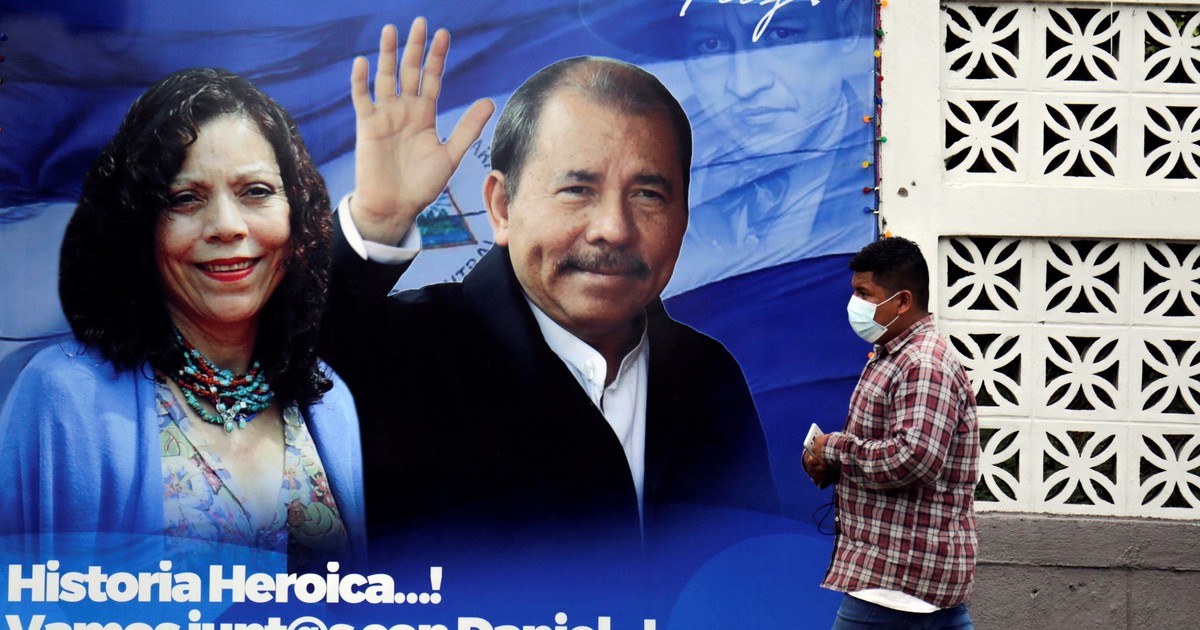 “Nicaragua itself is a great prison. Every person who is inside and differs from the government is kidnapped or has had to go into exile.” It is stated from Madrid by Victoria Cárdenas, wife of former presidential candidate Juan Sebastián Chamorro, imprisoned since last June 8 along with other opponents of the government of Daniel Ortega.

The Sandinista leader assumes his fifth term – the fourth in a row – this Monday, after his controversial re-election in the November elections, with almost all opposition candidates imprisoned.

From abroad, a number of voices are raised to denounce human rights violations in Nicaragua. And Cárdenas is one of them.

Cárdenas is in the Spanish capital on a trip to several European countries to denounce the “inhumane” situation of her husband in prison and of “the more than 170 political prisoners” incarcerated, and request international support for his release “immediately “.

“I am in Madrid today making a public complaint of the violation of human rights that we are living in Nicaragua. We have more than 170 political prisoners in inhuman conditions in prisons,” said Cárdenas in his interview with the EFE agency at the Casa de América in Madrid.

“What the families of the political prisoners demand is the immediate, unconditional and guaranteed release of all of them,” said Cárdenas, who also stressed the need to have the support of the international community for this to be possible.

Victoria Cárdenas, wife of Juan Sebastián Chamorro, at a meeting on the political situation in Nicaragua, this Monday in Madrid. Photo: EFE

Juan Sebastián Chamorro’s wife emphasized the humanitarian crisis the country is experiencing, “even more important than the socioeconomic or political crisis,” and above all the “urgency” of the situation.

“That is why time is so important, because in addition we do not want this to pass in time, the humanitarian part worries me more because every minute, every day that our relatives spend there, their lives are at risk,” he said.

Cárdenas compared his country with Venezuela and assured: “Journalists who have worked there tell me that Nicaragua is worse.”

“This cannot wait, and the first thing to do has to be the liberation of these people,” said Cárdenas, who believes that only Nicaraguans can overcome the current crisis. Although, he clarified, given the impossibility of doing it alone, “international pressure” will be necessary.

And, once the freedom of the imprisoned opponents is achieved and public liberties restored, “as Nicaraguans we should begin a national dialogue but with the conditions that warrant it. With an international presence, with a limited time and with the minimum for this dialogue to have fruits “.

Years of threats and repression

Cárdenas recalled that since April 2018, when the popular revolts began in Nicaragua, and when the opportunity for a dialogue with the Ortega government opened, her husband decided to enter politics to work for the country to achieve peaceful change. Since then they started the threats.

“The repression has been harsh against him and against his family. We have had to move from home. He also had a city for a jail, he couldn’t leave the city. Then, house for jail, until as a candidate they kidnapped him in a violent and arbitrary way “he explained.

And that repression was not only with him, but also with the family, even breaking into the house.

“It is like getting to the bottom of the human being, damaging what hurts the most. That is why I say that it is not a socioeconomic crisis, but a humanitarian one, because it touches every corner of the human being and separates families, not only when the person is kidnapped also with the Exile. Nicaraguans are suffering separation, “he argued.

Nicaraguan police fired tear gas at protesters in Managua in August 2018, during protests against the Ortega government. Photo: AP

In his international complaint, Cárdenas underlines not only the physical isolation to which political prisoners are subjected, but also the “psychological and emotional torture” to which they are subjected.

“They are being subjected to daily interviews and interrogations, they told my husband that he was in prison, it has been torture for him. There are people who have not seen anyone other than the interrogator in seven months,” he explains.

He also describes the lack of minimum conditions in prison: “They go through prolonged periods of solitary confinement and we do not know about them and their health conditions are declining considerably. That is why their release is urgent.”

“His life is at risk,” he denounces and “they should not be imprisoned for thinking differently and raising their voices for the rest of Nicaraguans.”