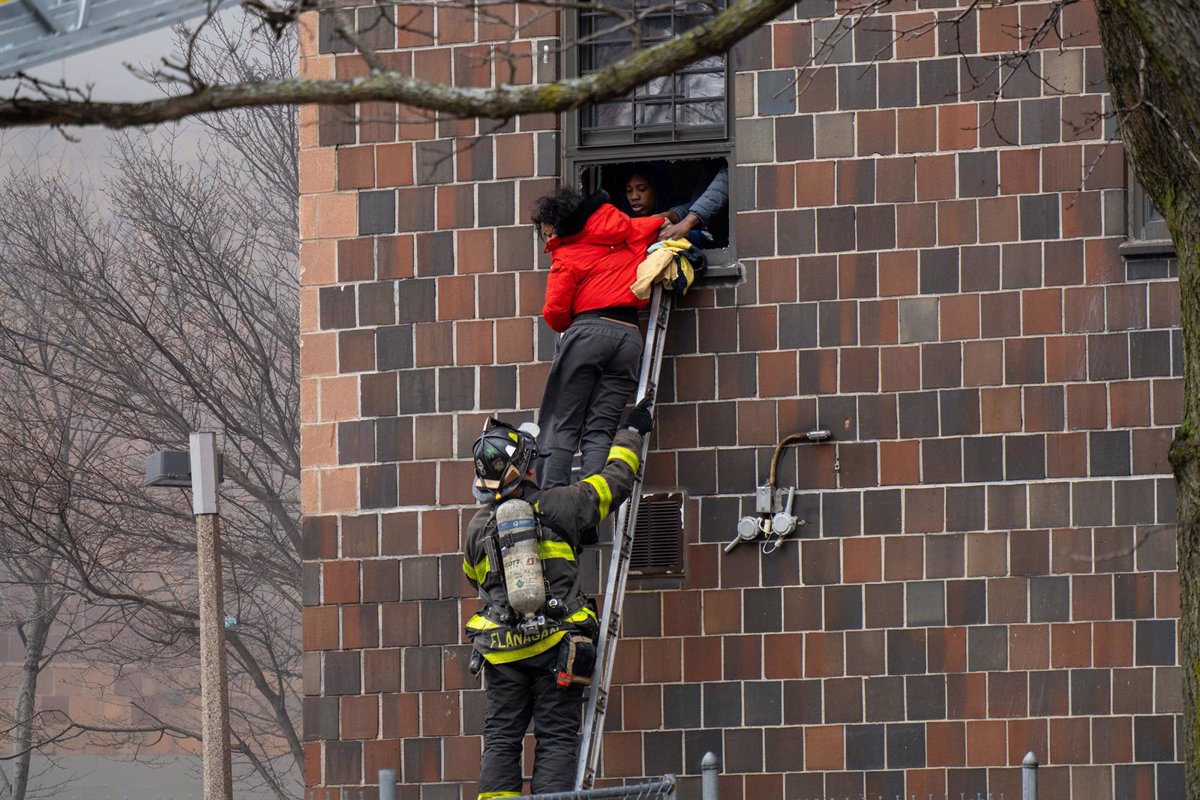 The New York City Council has explained that there are 17 and not 19 as initially reported the fatalities of the fire declared on Sunday in a tower of flats in the Bronx neighborhood.

The mayor, Eric Adams, has given the new balance and has indicated that among the deceased there are eight minors, according to the public radio NPR.

“The patients were transferred to different hospitals and some were counted twice. I think it is good news that the figure is 17 and not 19,” said the commissioner of the New York Police Department, Daniel Nigro.

“But do not forget that there are many people fighting for their lives in hospitals. Unfortunately, this number may increase,” he warned.

The fire had its origin in a damaged electric radiator in one of the duplex houses on the second and third floors. The inhabitants fled the apartment, but left the door open, allowing the flames to spread. Nigro has explained that the door should be self-closing, but it failed and was left open.

The fire itself only affected the corridor in front of the apartment where the flames originated, but the entire building quickly filled with smoke and this smoke was the cause of the deaths.

Adams has stressed that they do not want to blame the family who lived in the apartment where the fire originated and stressed that the experience should serve to let everyone know that the doors must be closed in case of fire to prevent the spread of fire. calls.

“We do not want to aggravate the trauma of a family that was only trying to escape a very dangerous and terrifying experience,” he said.

One thought on “Authorities cut Bronx fire fatalities to 17”