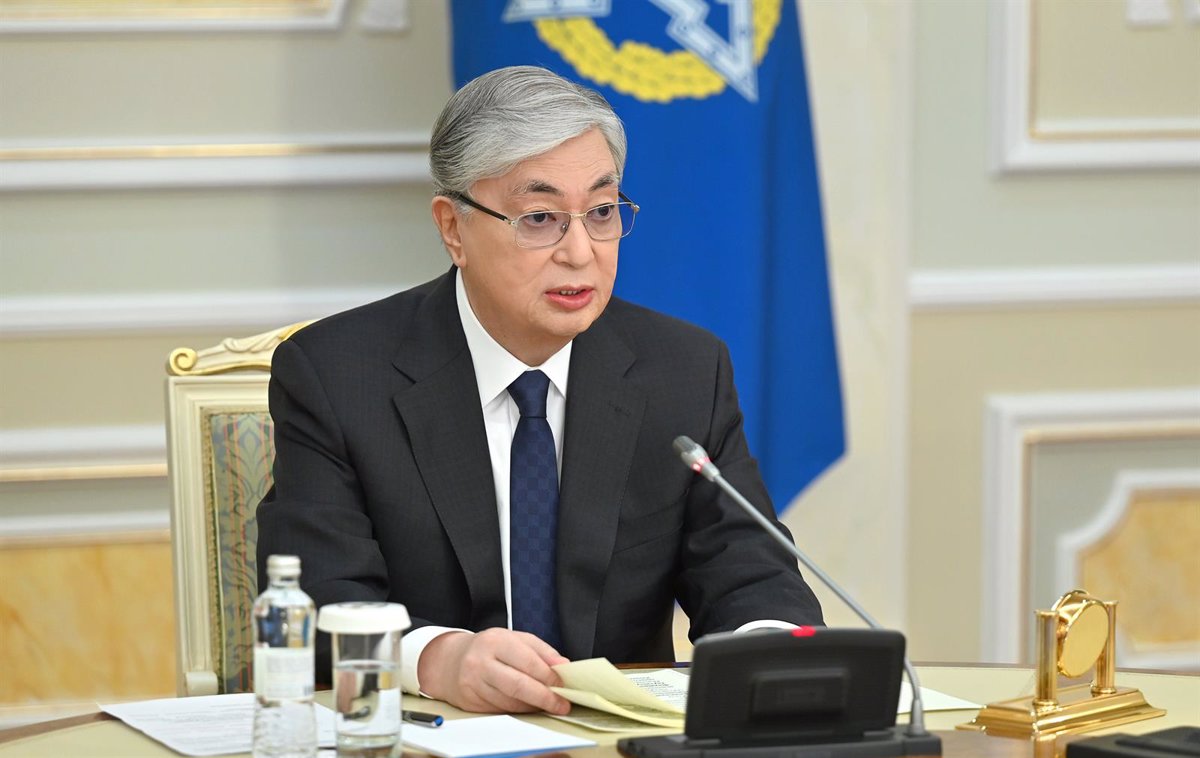 The president of Kazakhstan, Kasim Jomart Tokayev, has appointed Aliján Smailov as prime minister, taking the place of Askar Mamin, who accepted the resignation on January 5 amid the massive protests caused by the rise in the prices of liquefied gas.

Until now, the vice prime minister, who served as the country’s prime minister until the creation of a new government team, was an assistant for four years to the former president and leader of the country for almost 30 years, Nursultán Nazarbayev.

His candidacy was proposed by Tokayev at a meeting of the Lower House of the Parliament of Kazakhstan. The Kazakh president will speak about the appointment on Tuesday, according to the president’s press secretary, Berik Uali.

Tokayev has urged the new prime minister to present his government action plan within three weeks, as reported by the Russian news agency TASS.

MORE DETAINED AND WITHDRAWAL FROM THE CSTO

On the other hand, the president has warned that the withdrawal of the contingent of the Organization of the Collective Security Treaty (CSTO) will begin in two days, since the situation in all regions of Kazakhstan is “stable”, so the gradual withdrawal will not last more than ten days.

“The attack plan on Kazakhstan included several different aspects: military, political, ideological, disinformation and other methods. Professionals worked to prepare for the seizure of power,” he said, according to the Russian news agency TASS.

Likewise, it has announced a reorganization of the entire national security system, which includes quantitatively and qualitatively strengthening the National Guard, forming new units, increasing and equipping the special forces of the Ministry of the Interior, or improving the level of combat readiness. , among other.

“(We must) guarantee coordination between the agencies in charge of enforcing the law. Establish the operational technical-military compatibility of all power structures. Increase the responsibility of leaders,” the president said, according to the Kazakh newspaper. Vlast.

In addition, he has accused the National Security Committee of ignoring the critical threat of terrorism during the protests, since “the employees handed over the buildings without fighting”: “As an authorized body, it was not able or willing to give a clear assessment of this subversive work and nor did it perceive a critical threat to national security, “he said.

On the other hand, it has also urged the Attorney General’s Office, the Ministry of Finance and the Financial Supervision Agency to carry out an exhaustive inspection and guarantee order at the border.

International flights to and from Almaty airport will not resume until at least January 15, according to the Kazakh Ministry of Industry and Infrastructure Development, according to TASS.

For now, the number of detainees by the Kazakh forces of order stands at almost 10,000 people – specifically 9,900. The Kazakh police, together with the National Guard and military special forces in the southern city of Taraz, have seized Makarov pistols and chargers, a bulletproof vest and a pneumatic pistol.

According to the latest balance, at least 164 people have died – 16 of them state officials – and more than 1,300 have been injured in the violent riots that occurred in the last week in Kazakhstan. A total of 103 correspond to Almaty, the most populous city in the country and the epicenter of the protests. Among them are two minors. They are followed by the provinces of Kizilorda, Zhambil and Almaty, with 21, 10 and 8 deaths, respectively.

THE UN ON KAZAKHSTAN

On the other hand, the spokesman for the UN General Secretariat, Stephane Dujarric, referred this Monday at a press conference to the images of the military forces in the Kazakh streets with the symbol of the ‘blue helmets’.

“We have verified the origin of photos that reportedly show members of the security forces wearing UN-branded helmets in Kazakhstan in recent days. Any country contributing UN troops and police must use the insignia only when performing assigned tasks as peacekeepers in the context of their deployment, “he explained.

In this sense, he has expressed his concern before the UN Permanent Mission in the country, with “guarantees that this problem has been addressed.”

Regarding the arrests, Dujarric stressed that the UN follows their development: “I think it is important that, whether there or elsewhere, the detainees are given justice in accordance with international standards.”