In order not to close schools in France, students will carry out Covid self.tests 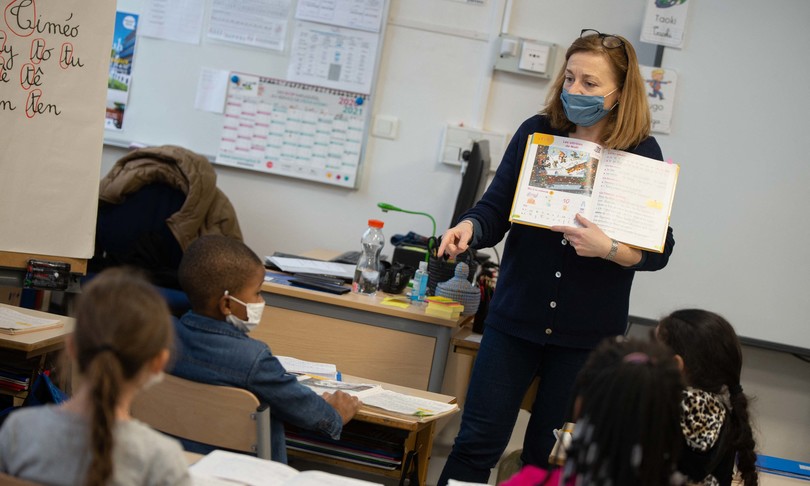 In full wave driven by Omicron, the French government authorizes self-tests to diagnose Covid cases among pupils, with the double aim of simplifying the life of families and avoiding school closures.

Frequent changes to health protocol in schools – this is the third in a week – they are fueling the discontent of families and teachers’ unions, who have called a strike for January 13th.

Based on the latest variation announced by Prime Minister Jean Castex, when a case is reported in a class, pupils will be required to be tested at Covid three times – on days zero, two and four – but from now on they will be able to use self-tests instead of being forced to queue at the pharmacy or laboratories.

“I know what you went through last week was very complicated, but we did it for your children. ”Education Minister Jean-Michel Blanquer told Bfm-Tv.

The application of this health protocol has aroused the exasperation of the parents and put a strain on the test centers, which are close to collapse. “Circumstances force us to continually adapt. The third modification is an evolution rather than a change and will simplify the existence of families ” Blanquer stressed in response to the controversy fueled by the new change in the health protocol in schools.

The three self-tests to be performed will be free and exclusively distributed in the pharmacy, awaiting the delivery of 11 million kits in the next few days. In addition, parents will be able to fetch their child declared contact case at the end of the day and communicate the outcome with a simple self-certification, but the criticisms do not subside. To raise the alarm bell on the sanitary and organizational conditions in schools, several unions called a strike on Thursday 13 January.

“I know there is a lot of fatigue and nervousness. I appeal to unity, to be cool, but also not to confuse the arguments. It is a pity to have a day that will further disturb the system ”the minister deplored.

According to the latest official data, 50,000 cases have been diagnosed in schools since the return of holidays a week ago and 10,000 classrooms have been closed.

Meanwhile, today the government is grappling with another crucial institutional step to have the vaccination pass approved in place of the health pass: the examination of the bill in the Senate. A few hours after the reopening of the parliamentary debate, government spokesman Gabriel Attal has returned to defend the executive line, in response to numerous criticisms and controversies.

The sweep test policy makes it possible to “still have visibility on the progress of the epidemic in France” Attal said, in addition to being justified by the responsibility of those who “go to see a grandfather and want to know if it’s positive or not”.

The government spokesman then reiterated that “We take the line of encouraging vaccination, of making the restrictions weigh on the unvaccinated rather than the vaccinated”.

Attal then pointed out to the Europe 1 broadcaster that “as soon as possible and with pleasure we will do without the vaccination pass: our project for society is freedom, but at the moment the pass is consistent with our fight against Covid”.