Mourning the President of the EU Parliament: “Sassoli was de facto a prisoner of Corona” 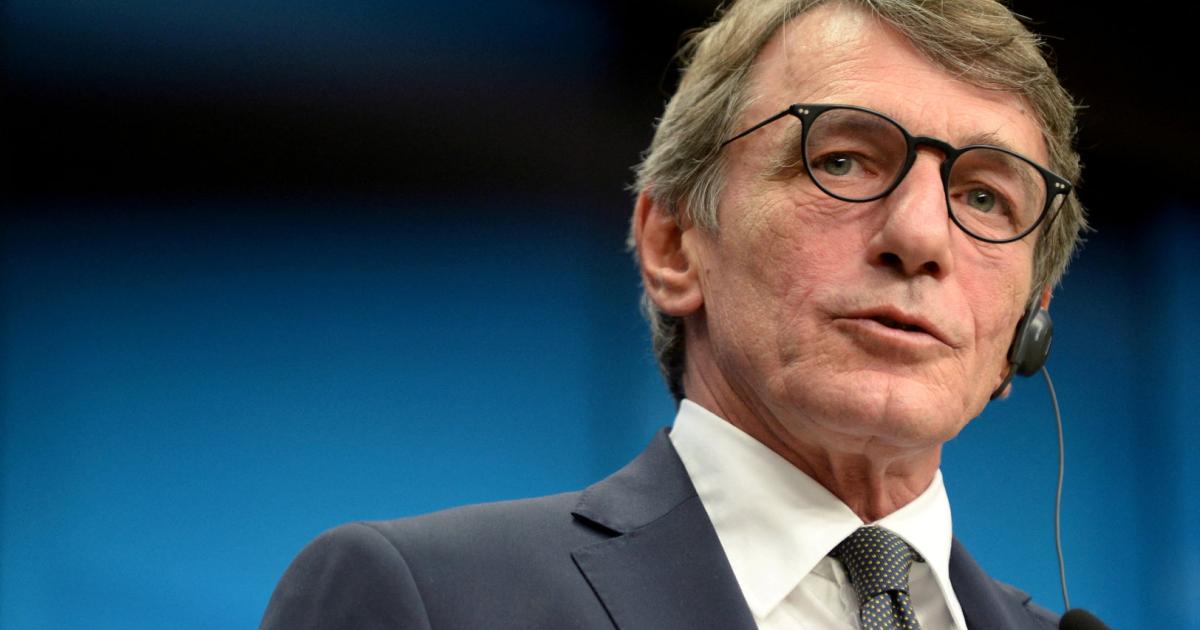 The pandemic left the head of the EU Parliament, who died surprisingly, hardly any political room for maneuver. He wanted to stay longer in office, but his successor has already been chosen.

“Shortly before Christmas, we took over the peace light of Bethlehem together in the courtyard of the European Parliament in Strasbourg. In retrospect, it’s almost symbolic – because it was the last time I saw David Sassoli, ”remembers Othmar Karas.

Even then, the President of the EU Parliament was clearly no longer doing well, says Karas, one of the House’s vice-presidents, to the KURIER.

The 65-year-old Italian died in a hospital in Aviano on Tuesday night.

Sassoli was never a beaming man or a loud, self-confident president like his predecessor – Antonio Tajani, also an Italian. It was more or less by chance that the social democratic MEP was hoisted into the office of president in the summer of 2019. Power struggles between EU governments, parliament and the Commission opened up a loophole at the time.

And it surprised no one more than Sassoli himself that the former Italian TV journalist suddenly filled this gap.

He approached the office boldly – but it remained difficult throughout its two and a half years. “He had no chance to set his own political accents,” says Othmar Karas, “President Sassoli was de facto a prisoner of Corona.”

The all-dominating pandemic made the politician Sassoli look pale – and yet coping with the many corona waves was Sassoli’s greatest achievement: The Florentine native succeeded in making it possible for the 700 EU MPs and their several thousand employees to continue to work .

As a kind of crisis manager in a large company, he maintained the EU Parliament’s ability to act. In the first wave, Sassoli opened the parliaments in Brussels and Strasbourg so that soup kitchens and Covid test stations could be set up there.

The fact that only a few Europeans knew the Italian, who impressed with his emotional speeches outside of his homeland, also has to do with a weakness: David Sassoli hardly ever spoke English in public. In general, the social democrat and father of two was seen as withdrawn and unusually quiet for a politician.

Election of the new president

Next week, Sassoli’s term of office would have ended normally. His successor has already been determined: It is the 42-year-old Christian Democrat Maria Metsola from Malta. Only the third woman at the head of the EU Parliament was elected President of Parliament yesterday because of the surprising death of Sassoli. Next Tuesday, the Maltese will be officially elected as the new President by the plenary session of MEPs.

Othmar Karas had also applied for Sassoli’s successor, who after the Social Democrat is now being transferred to a Christian Democrat (European People’s Party). But the EU Vice President did not get past the first round of the primaries.

David Sassoli himself also protested again in the autumn: Because Corona had thwarted his plans during his tenure, he wanted to remain president for a longer period of time. And many EU Social Democrats, strengthened by the SPD’s election victory in Germany, initially supported him: After all, there is no treaty according to which the office of President must automatically switch between EPP and Social Democrats every two and a half years.

But the EPP and its candidate prevailed – and Sassoli got worse and worse. In the autumn, the speaker of parliament was absent for weeks due to illness. Rumors of Legionnaires’ disease and pneumonia made the rounds. David Sassoli had been back in the hospital since Stephen’s Day. Most recently, the 65-year-old succumbed to a complete collapse of his immune system.