The stronghold of guerrillas in Colombia that threatens to explode 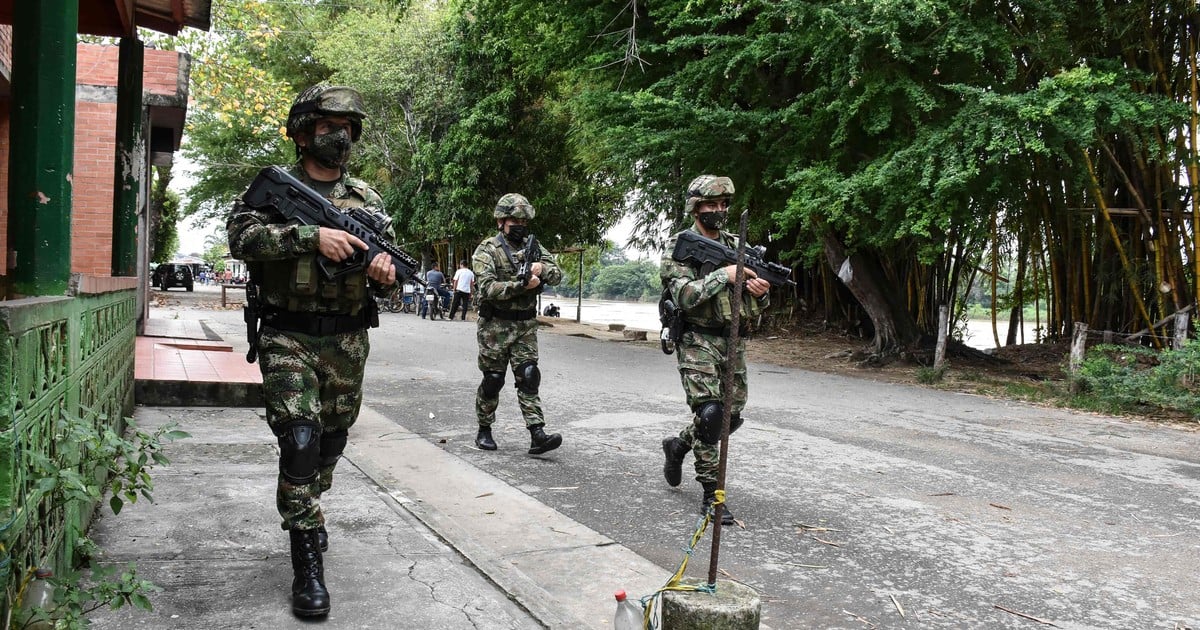 The year started in the worst way in Arauca, a department in the eastern Colombian plains that borders Venezuela. This area, which was historically managed by the guerrillas, but which since the peace agreement with the FARC seemed appeased, last week saw the massacre of 27 people.

In many towns of Arauca, the graffiti of the ELN guerrillas are interspersed on the façade with those of the FARC, in a historical display of the insurgencies to make it clear that they are still there, that they have never left.

Meanwhile, the State is only absence. The routes are muddy in the torrential rains, the health centers are short of supplies and the boys have to travel kilometers to go to school.

The distrust of the Araucanian population with the security forces was forged during three decades, when before their demand for improvements, they entered overwhelming the demonstrators and, before the request for protection, the Police and the Army limited themselves to entrench themselves around the site Caño Limón oil plant and the pipeline that goes to the Caribbean, protecting the interests of foreign oil companies.

Members of the Truth Commission while navigating the Arauca River, in the town of Puerto Contreras, Colombia. Photo: EFE

On January 2 they began to meet lifeless bodies in various rural areas from the municipalities of Tame, Fortul, Arauquita and Saravena.

At first, there was talk of an armed confrontation between the National Liberation Army (ELN) and a dissident from the FARC, the 10th Front.

27 bodies were found and the Prosecutor’s Office assured that the shots they had were fired at close range, so it would be about executions, most likely the work of the ELN. “There were no combats,” assures the attorney general, Francisco Barbosa.

They were alleged members of the dissidents or the logistical networks of the 10th Front, led by a former FARC mid-command, Jorge Eliécer Jiménez Martínez, alias “Jerónimo” or “Arturo”, and believed to be coordinated by the national dissidents of aliases “Gentil Duarte”, or even relatives or neighbors. There are also two minors.

“They were people who were forced to leave their homes by armed men, some taken to Venezuela, assassinated, later transferred to Colombian territory,” Barbosa said, speaking to Blu radio last Friday.

The Ombudsman’s Office also denounced the forced displacement of 88 families.

Arauca was and continues to be the great fort of the ELN in Colombia, and it is considered that between 60% and 70% of its troops are found there or in the Venezuelan part; There they fought (and won) about 20 years ago a battle against the paramilitaries, against the Army and also against the FARC for control of the territory.

From that guerrilla war, between 2004 and 2010, which left half a thousand civilians dead, a “manual of coexistence” came out in which the ELN and the FARC agreed to respect their territories and which remained firm after the demobilization of the FARC.

An ELN guerrilla fighter, in a file image. Photo: EFE

“Arauca, unlike other places where the FARC have demobilized, had not experienced violent dynamics of territorial reconfiguration as in other parts of the country,” armed conflict researcher Andrés Aponte explained to EFE. And one of the reasons is precisely that “coexistence manual”.

Problems at the border

However, in recent months several factors have come together: poor diplomatic relations between Colombia and Venezuela have rendered border controls and patrols non-existent, which left the borders even more porous and made Venezuela a unique refuge for gangs, and that has allowed the 10th Front to grow.

This border area also served as a hiding place for the Second Marquetalia, commanded by the negotiator of the peace agreement alias “Iván Márquez”, who has suffered notable casualties in the last year such as those of “Jesús Santrich”, “Romaña” and “El Paisa “.

“This has allowed (the 10th Front) not only to rearm and rearrange itself in that scenario (…), but also to develop a series of expansive bets on areas formerly dominated by the extinct guerrilla,” explains Aponte, coordinator of the book ” Why is it so difficult to negotiate with the ELN? ” This expansion also resulted in the assassination of ELN middle commanders.

“Without a doubt, I think that all these events forced the ELN to act in defense of its territorial dominions so that ‘that dwarf does not grow up,'” continues the researcher.

In communiqués from the 10th Front “Martín Villa” they wanted to make it clear that “it was not the FARC-EP that started this confrontation”, but they were “ready for confrontation.”

The violence seemed stifled on January 5, but the dissidents warned: “We have ordered all our units, urban and combatants, that everything that is sympathetic, military, political leadership, communal, with the ELN will be a military objective (sic).”

“Without a doubt, compensation will be expected”, predicts Aponte, who sees two upcoming scenarios: one of “tense calm”, where the civilian population is subjected to “threats or even assassinations”, and another where “the scenario is out of whack “and there is a direct armed action, which neither of the two guerrillas is interested in.

“But if a domain has to be defined or decanted, it will be done through war,” he laments.