New Mexico: An 18 year old was arrested after throwing her new born baby in the trash 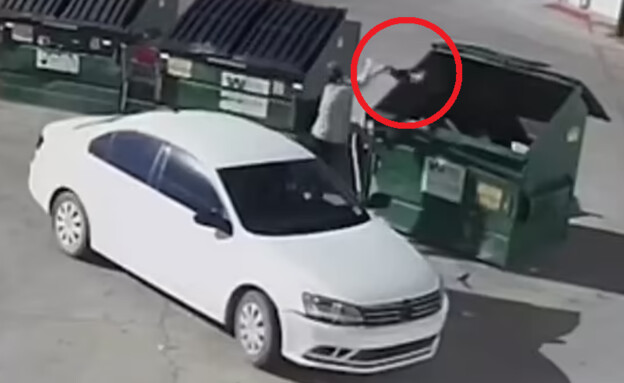 Warning: Content may be difficult for some readers to viewAn 18-year-old girl has been arrested by New Mexico authorities on suspicion of attempted murder, after being documented abandoning her tender baby behind a clothing store. Alexis Avila was arrested after investigators uncovered security camera footage of the moment she dumped her baby in a trash can. She has since pleaded guilty to the charges against her.

The shocking incident occurred in the city of Hobbes last Friday afternoon. Enforcement authorities have since released the video, in which Avila is seen stopping in front of the tin and throwing in a black garbage bag containing the baby. Miraculously, he survived this shot and was found about 6 hours later by passers-by who heard him crying.

Joe Imbriale, owner of Rig Outfitters and Home Store, was the one who presented the security camera footage to investigators. In a conversation with the news company KOB, he described the moment when he realized that something very bad had happened in the areas of his clothing store.

“I saw their faces (the investigators) and something seemed wrong to me,” he said. “I asked what they were looking for and the detective told me ‘we are looking for someone who threw a garbage bag in your trash can’. I turned to her and said to her: ‘Please do not tell me there was a baby inside’.”

Joe continued, “I was shocked when I saw it. I can not sleep thinking that someone could throw a baby in the trash like that. I’m sorry, but what kind of person could do such a thing? It’s just mean. I have no other words for it.”

The passerby who found the baby in the bin immediately called an ambulance to the scene. Rescuers evacuated him to a hospital in the area, where his condition was defined as stable. Avila is expected to appear in court again today. If she is found guilty of the offenses attributed to her, the court may sentence her to up to 15 years in prison.