Farewell to Sassoli, the persuasive face of leftist Catholicism 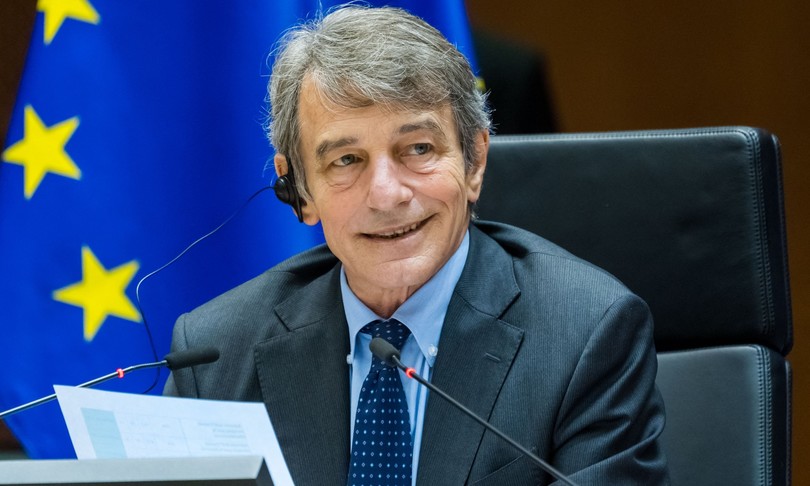 If left-wing Catholicism, by definition understood and serious as a Nicaraguan Jesuit, managed to charm the otherwise hedonistic masses, it was his credit. In the sense that David Sassoli, who died prematurely in these hours (and never “prematurely” is an adverb of time and manner as now: we will see it shortly) succeeded in the masterpiece: he took the inheritance of Dossetti and La Pira and made it material almost for leisure. Infotainment stuff, that mixture of information and entertainment that was the most popular at the time when he was most popular on Tg1 at 8pm. But let’s not rush too much: we’ll get to Rai later.

Sassoli was called David Maria, and his father had chosen the name (an editor of the Popolo who came to Rome from Florence in the 1960s, as happened to others in those years) as a sign of admiration for a nuisance friar. David Maria Turoldo – these are his personal details – had been a partisan in Milan not before, but after being ordained among the Servants of Mary. After the war, he sympathized with the most advanced conciliatorist theories, bordering on heterodoxy. In ’55 they threw him in Florence to reassure him, and he joined forces with Balducci and the Lapiriani. Patience if the other half of Florence distorted his name, and called him in contempt “Father Biroldo”: these are things that happen to all prophets, even to those who do not stay in their homeland.

The landing in journalism

Sassoli grew up in this cotè, to which he remained very attached even if the descent to Rome at an early age led to the loss of his accent. However, he remained tied to Fiorentina. After all, that was the times of Miguel Montuori, and how can you forget it. As often happened to talented children, he followed in his father’s footsteps, starting from the Day and setting out on ever more daring paths. The prose was pleasant, the tuft as well.

He once asked a colleague of the Day, a historian envoy called Graziano Sarchielli, whether or not it was appropriate to go to Rai. The idea appealed to him, but he also enjoyed writing in print. Sarchielli, who was from Lastra a Signa, called him a jerk: “Look at yourself in the mirror”. He was right. Sassoli disembarked from Santoro as a correspondent for Il Rosso e il Nero, and did not stop until Tg1 at 20, which was no longer the one with 20 million spectators per evening, but was still the flagship of the flagship.

The face of Tg1

Firepower worthy of the HMS Victory. There he became anchor man, more than of Tg1, of himself. That’s why it didn’t stop there. To contextualize: it was the 90s, on their extreme degrade towards the end of the millennium. The moment in which in Great Britain a peer of his age was furious with the same ring of semi-perfect teeth and a similar tuft. His name was Tony Blair, and he showed him the way. But to understand the what and how, one must once again return to Father Turoldo’s Florence.

The latter, but above all La Pira, was an expression of that left-wing Catholicism that gave hives to the majority DC, so much so that at a certain point even Fanfani, with all the necessary precautions, had distanced himself from it. We are not even talking about De Gasperi, who at one point took them all by the chest and invited them to pull the cart instead of being professors. The spiritual and political leader of this part of the soul of the Christian Democrats was Giuseppe Dossetti, and Dossetti had an idea of ​​his own as regards relations with the left. If De Gasperi saw the DC as a center party looking to the left, Dossetti wanted a party to march towards the left.

History tells that at a certain point he withdrew from politics, but the end of the DC subsequently gave democratic Catholicism the possibility of doing what it always wanted. That is, go to the left. The prevailing bipolarity was, in this regard, at the same time a necessary and a necessity cause and, if the spirit of the times tells you so, it means that you can.

Sassoli, while these processes were maturing and taking shape, was leading Tg1 with his persuasive, sometimes bewitching smile. Perfect like that of Tony Blair, who looked at the center from the left. It is logical that Blairism and Cosa 2, or PDS, or PD, or in short what the left planned and produced in those months eventually met, even if only from the point of view of political elaboration. And that Sassoli became its epitome, thanks also to the square jaw.

The landing in politics

The landing in politics took place in 2009. Dario Franceschini, who also started from the bed of dossetism and in the meantime became secretary of the Democratic Party, also linked to a smiling dimension of democratic Catholicism (and see his novels in this regard), Dario Franceschini in short, he nominated him as leaders of central Italy in the European Championships of that year. A success: four hundred thousand preferences and even more. Two more terms and even becomes president of the European Parliament.

In the meantime, another secretary, Matteo Renzi, from Florence and self-declared heir of the Lapiriani, brought the Democratic Party into full membership of the group of European socialists. When Sassoli rises to the top of Strasbourg, an Italian newspaper headlines: “Elected a socialist”. Which, in the simple observation of the facts, also includes the conclusion of a path that began even before he, the President of the Assembly, was born.

Now that we have to say hello to him, let’s remember David Sassoli as the man who, with a persuasive smile, did more for the cause of democratic Catholicism than a hundred writings by La Pira and Lazzati. A smile so engaging as to make him, in some way, an eternally youthful figure. Despite the photos from the last period they gave him to us, suddenly and surprisingly, suddenly aged. This is why we say he died prematurely: it could not be otherwise. Who knows if Father Turoldo would be happy with this young man he literally baptized. But something tells us yes.

One thought on “Farewell to Sassoli, the persuasive face of leftist Catholicism”