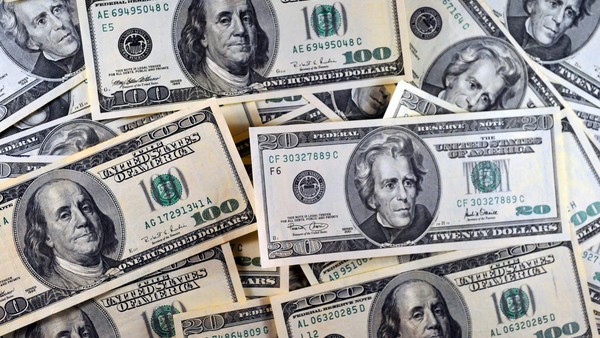 In the beginning of a crucial year with midterm elections, the main political concerns of citizens in the United States are changing and seem to indicate that Democrats face considerable difficulties in maintaining their control of Congress.

A poll by The Associated Press-NORC Public Affairs Research Center reveals that the management of the pandemic, once an issue that strongly favored President Joe Biden and his fellow Democrats, is beginning to recede in Americans’ minds. .

Covid-19 is increasingly overshadowed by the concern about the economy and personal finances – in particular inflation – issues that could favor a rise of Republicans in the November legislative elections.

Only 37% of Americans list the virus as one of their top five priorities for the government to address in 2022, compared with 53% who a year ago said it was a top priority at the same time.

The economy overcame the pandemic in that open question, as 68% of respondents mentioned it in some way as a top concern for 2022.

A similar percentage said the same thing last year, but mentions of inflation are much higher now: 14% this year, down from less than 1% last year.

Consumer prices rose 6.8% in the 12 months ending in November, the highest in nearly four decades.

Meanwhile, nearly twice as many Americans now list their household finances – the cost of living – as a government priority, up 24% from 12% last year.

The survey was conducted in early December, as concerns about the virus mounted as the omicron strain took hold in the country, but before it triggered a record number of cases, saturated testing centers and hospitals and complicated travel by end of the year vacations.

However, in recent follow-up interviews with respondents, including those who identify as Democrats, many said those events did not change their views.

“If we say something along the lines of ‘let’s hope the pandemic subsides completely,’ well this damn virus has an unlimited ability to mutate,” said Mary Small, a 65-year-old pharmaceutical research contractor from Downingtown, Pennsylvania.

The woman hopes that attempts to promote gun safety will be the center of attention in the November elections, including the competition for an open seat in her state’s Senate.

Customers in a restaurant in Los Angeles, California. Food prices soared in the US Photo: AFP

“We may never be done with this.” That sentiment reflects the complexities for Democrats at the start of the election year.

The party won the White House and control of Congress in 2020 by promising to handle the pandemic more competently than the Donald Trump administration.

After initially gaining a high rating – roughly 70% approved of Biden’s handling of the pandemic from late February to mid-July – the persistence of the virus weakened the message from the president, who is about to turn one year old. mandate.

Administration officials acknowledge that citizens are increasingly tired of Covid-19.

“Fatigue from the pandemic is real, and we all feel it at some point,” Surgeon General Vivek Murthy said in an interview.

“As a physician I have seen it with my patients over the years, certainly. Feeling tired and dejected by a health problem – be it a personal health problem or a broader public health adverse situation – can lead to disengage. ”

The White House claims that the decline in Covid-19 as a preeminent concern actually underscores its success in the deployment of preventive measures, including vaccines. The government maintains that economic unrest, now exacerbated by the pandemic, will eventually subside.

However, since Democrats are likely struggling to campaign with the idea that they have already defeated the virus, the other issues that are gaining attention from voters pose more immediate political headaches.

Judy Kunzman does not blame Biden for the ongoing pandemic, calling it “one of those events that is impossible to predict and almost as impossible to fix.”

But he is concerned about the continuing disruptions to the supply chain, which play a role in “many of the other problems we have” – ​​rising food prices. The fact that I can’t buy my new car. ”

“Everything has chips and you can’t get them,” said Kunzman, 75, of Middletown, Pennsylvania, referring to the global shortage of microchips, caused by the pandemic, on which so many electronic devices depend.

She waited months for the car she likes to become available, noting that the sister had a hard time finding a new mobile phone.

“This is certainly not the victory Democrats thought it was going to be,” said Adam Brandon, chairman of the conservative activist group FreedomWorks, of the government’s response to the viruses.

“We will have another wave next year and I don’t think anyone will care. I think we will get to a point where everyone will have to learn to live with it. This will die with a groan when people lose interest.” , he opined.

Many of those surveyed clarified that they do not believe that the country is ignorant of the pandemic. But compared to last year, a higher percentage of people pointed to other pressing issues in 2022, such as immigration among Republicans and gun control among Democrats.

The effect of the omicron variant

Some said they were encouraged by the first signs that the latest outbreak, while spreading rapidly, could have milder effects for many.

“I’m hopeful with omicron,” said Samantha Flowers, a 33-year-old community college teacher in Columbia, Missouri, which has her own open Senate seat for the November vote.

“Although more and more people are infected, the disease has not been so hard for the majority. Since we are all going to end up sick in any case, let it be a way in which we can recover better,” he resigned.

Dorrie Keough of Garrettsville, Ohio, said she got vaccinated against Covid-19 and got a booster shot, but continues to stay home as long as possible due to omicron.

A coronavirus testing center on a New York street, this Monday, in a new wave of the pandemic. Photo: AFP

“Those who are not in power are going to turn it around to make it look worse than it could be,” he said at 68; his state also has an open Senate seat this year.

“As much as I read – and as much as I do research – it is very difficult for me to distinguish what is really happening and what people say is happening,” he added.

Adam Green, co-founder of the Campaign Committee for Progressive Change, said the key to success for Democrats in 2022 is to alleviate Covid-19 fears, but also deliver tangible political results.

That includes the passage of Biden’s massive social spending bill, “Build Back Better” (roughly, rebuild better) that remains stalled in the Senate.

“I don’t think we’re going to win the election out of sheer lack of anxiety,” Green said, “if we haven’t accomplished anything else.”