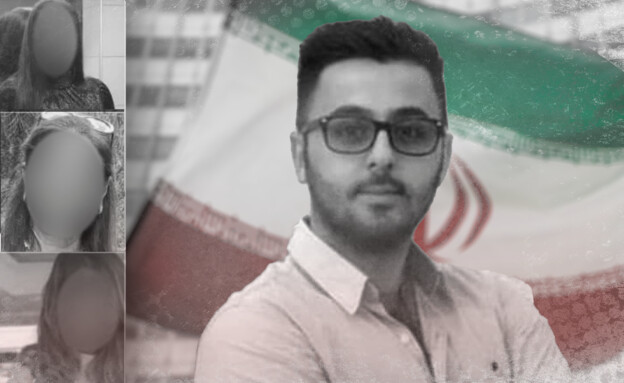 The wealthy “Jewish contractor” Iranian method in Israeliness of Persian descent and led to five indictments and interrogations of 15 people: The GSS revealed today (Wednesday) that it thwarted Iranian activity in recruiting Israeli women of Persian descent for Iran in exchange for funds. Charge against some of the involvement.The Iranian source called himself Rambud Namdar and penetrated groups on Facebook of Iranians, where he talked to married women, mostly Persians who immigrated to Israel in the 1990s, and tried to gain their trust. He told of the longing he felt for Israel and asked for their phone numbers. From our sleep to him and the conversation shifted to WhatsApp, the messages also became video calls and compliments on their appearance. They could not imagine that the smiling and feeling Jew who was praying in the “Abershami” synagogue and talking to them was an Iranian agent who had set up a network of spies that he operated from Tehran.

One of the defendants told Rambud that she works for a municipality in the center of the country and he asked her to photograph the mayor’s office, the employees’ seat and other details from the archive – to which she was not given access so she did not transfer photos. Later, he asked her to work to open a club of the fund for women leaving Iran in the city. She could not stand the pressure and the move came to fruition, but Rambud was not satisfied with that and asked her to take a picture of the women’s list and send him their phone numbers.

The defendant even told Rambud about her son’s enlistment in the IDF, and in response he tried to persuade him to enlist in the navy, air force or intelligence. During one of his ceremonies in the army, she photographed the place and various objects and sent it to him.

In December 2019, the defendant told the spy that she and her husband were planning to fly for a vacation in Istanbul. She sent him dates of the expected vacation and the name of the hotel, and Rambud told her that he would try to get there, take from her belongings she had purchased for him and pay her for the work she had done for him. Before the flight, the defendant hid the objects and books in Hebrew in suitcases so that her husband would not know about them.

That month she flew with her husband to Istanbul and the day after landing she received a message from a phone number she did not know. She was told that a sum of money was waiting for her in a box of oranges at a fruit shop near the hotel.

A. went out to the store and while looking for oranges, a young man approached her, wearing a scarf over part of his face, and handed her a small box with $ 3,000 in the box. The two parted ways without exchanging a word. That day she received a message: “Bring the belongings and books to the hotel door.” A. left the hotel with two bags of books and belongings. The same young man who had met her at the fruit shop earlier arrived, took the belongings from her hands without exchanging a word with her. 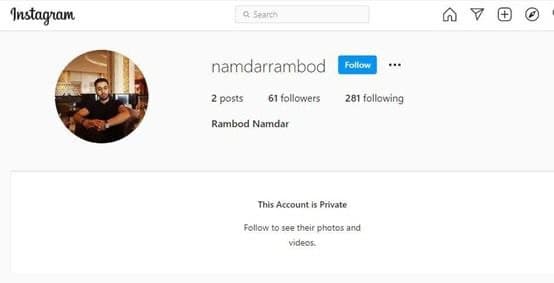 Back to Israel. Rambud was pleased with A.’s action and asked her to purchase with the money she received electronic means and a hidden camera.

In 2020, during the election campaign for the 23rd Knesset, Rambud instructed the defendant to film the course of the election at the ballot box. She asked why he needed it, but he insisted and instructed her to do as he said. During the talks, she told him that she had previously known MK Katie Sheetrit, who served as head of the mayor’s bureau in the center, and that she asked her for her details.

In 2021, during the election campaign for the 24th Knesset, Rambud instructed Defendant A. not to mess up and photograph everything, including the inside of the ballot box. She complied with his demands and sent him the photos.

Continuing their relationship, Rambud ordered the defendant to photograph various places and events in Tel Aviv, from the Central Station and nearby parks, through police stations to demonstrations by the LGBT community. For each photo he promised her and even sent her thousands of dollars.

The case of another defendant from Kfar Saba was similar. For each action he sent for two thousand dollars. Rambud also met with the second defendant in Istanbul, where gifts and money were handed to her. A serious indictment was filed against both of them for contact with a foreign agent and providing information that could be used for the benefit of the enemy. 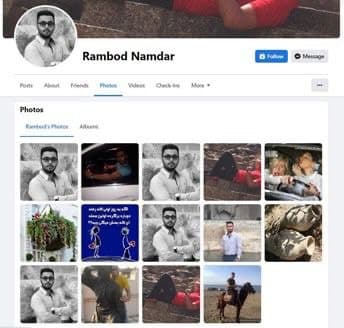 In the case of another defendant, S., Rambud offered financial assistance for any task she performed for him. She doubted his desire to get the information and told him that “he has it all online,” but he twisted in the explanations and promised her thousands of dollars for the photos he asked for.

Rambud’s relationship with S. was similar in nature to his connections with the other defendants and his requests were in part identical to those he asked of the other women. In S.’s case, she even told him that she had auditioned for the “Tehran” series and failed them. He showed interest in the series, but that was the end of it.

S. and Rambud kept in touch until she was arrested. The State Attorney’s Office accuses her of gathering information and maintaining a knowledgeable contact with someone she herself suspected of being an Iranian agent who collects information and intelligence.

Other defendants in the espionage network are S. and M., a couple living in Holon. As early as 2014, some connection developed between the woman and Rambud, but the serious connection was established in 2018, so he contacted her on Facebook and introduced himself as a Muslim with many Jewish friends. For some reason, the defendant told him that she was a journalist and interested in reliable sources about what was happening in Iran. In response, Rambud promised her sources in exchange for information about Israeli society. The information she received from her, she passed on to her partner. Although the defendant suspected that Rambud was connected to the Iranian regime and that he was a foreign agent, she continued to work with him and provide him with information.

Rambud asked the defendant for photographs of the US Embassy in Israel and Israeli passports. He was also interested in the location of IDF bases, medical tourism in the country, the Western Wall and the government institutions – the Knesset and the Supreme Court. The connection between the accused and Rambud was severed after the Iranian spy sent her intimate photos. She is charged with contact with a foreign agent, providing information that may be used to the benefit of the enemy and aiding and abetting information that may be of benefit to the enemy. Her partner is also charged and under house arrest.

S. and Rambud kept in touch until she was arrested. The State Attorney’s Office accuses her of gathering information and maintaining a knowledgeable contact with someone she herself suspected of being an Iranian agent who collects information and intelligence.