Italy: The political impasse around the Quirinale 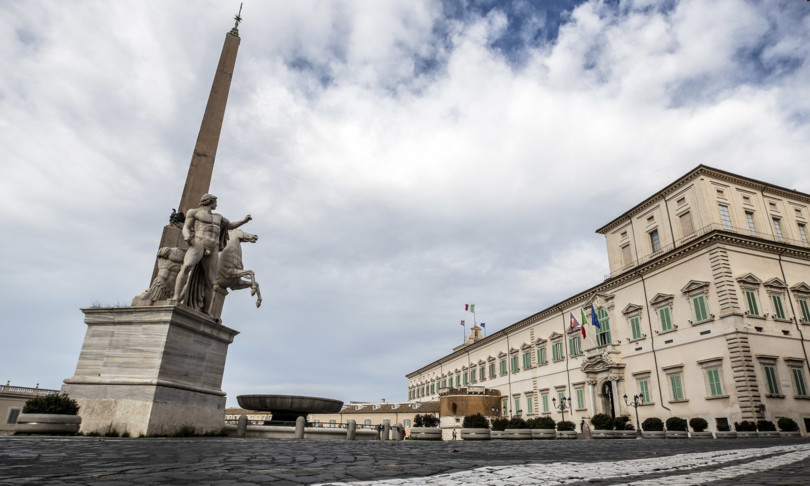 Conte and Letta met on Monday and continue to have contacts, the goal of the former red-yellow front is to play the game together. Renzi keeps all the hypotheses open while the center-right is firm on Berlusconi’s candidacy, even if Salvini – while premising that there must be no vetoes – seeks an agreement on a shared figure who is from the area. And therefore to photograph the situation well is the group leader M5s Crippa who in the group meeting spoke of stalling.

An impasse destined to last a long time, considering that the leadership of the Democratic Party has been postponed to Saturday and that the center-right could only meet next week. But on the table, in addition to the (not yet official) candidacy of the Knight, the hypothesis that brings the current Prime Minister Draghi to the Hill remains standing.

An option that is reflected on a broad front, with the awareness that the image of the former ECB number one must be protected. A front that unites Letta and various executive ministers. But in that case, Salvini made it clear to ‘Porta a porta’ tonight, we would certainly need not a photocopy executive but a new government.

Last Friday the rumors that the League left the executive, the party in via Bellerio replied with another thesis, recalling that when Salvini was deputy premier and minister, the League was able to double the consensus within a year. Now the former head of the Interior raises. And it does not rule out a step forward: it is early but I have never backed down, its premise.

“Once the President of the Republic has been elected, it will also be necessary to reflect on the nature of the government, we should put in place all the best possible energies from all parties. Surely a weak government” from here “in March 2023 does not do the Italians a good service “.

Therefore the intention is to reaffirm the commitment of the League, no hypothesis of ‘majority Ursula’, which in reality the former red-yellow front does not even think about. Letta opens up to confrontation. “Even if we find an agreement on a candidate with a broad consensus, a government pact should find new energy. Since the legislature must go to its natural end, there is a need for a new government pact in all conditions”, says the secretary of the Nazarene.

The government that will have to manage the end of the legislature if Draghi goes to the Quirinale “is a solution that we must manage all together”, he observes, criticizing the center-right for having put on the table the “divisive” candidacy of the Knight.

M5s and Pd are currently busy blocking the way to the attempted climb to Colle di Berlusconi. One of the hypotheses taken into consideration is not to participate in the vote, to avoid that Berlusconi can draw from the dem field and the 5-star Movement. Letta does not rule it out: “It is a parliamentary tool, we will decide together with Leu and the M5s”.

But the strategy of deserting the Chamber would not convince the majority of pentastellati. A convergence between dem and M5s could be, however, on the ‘paper’ of the Mattarella bis. The name of the current head of state was back in vogue during the group meeting of the 5-star Movement in the Senate. “It would be the best,” says Letta.

The option was not discarded even by Conte who, however, deems it necessary, if necessary, for the assistance of the whole Parliament. In short, he must not be a flag candidate.

One thought on “Italy: The political impasse around the Quirinale”