Political storm in Italy for the election of the future president 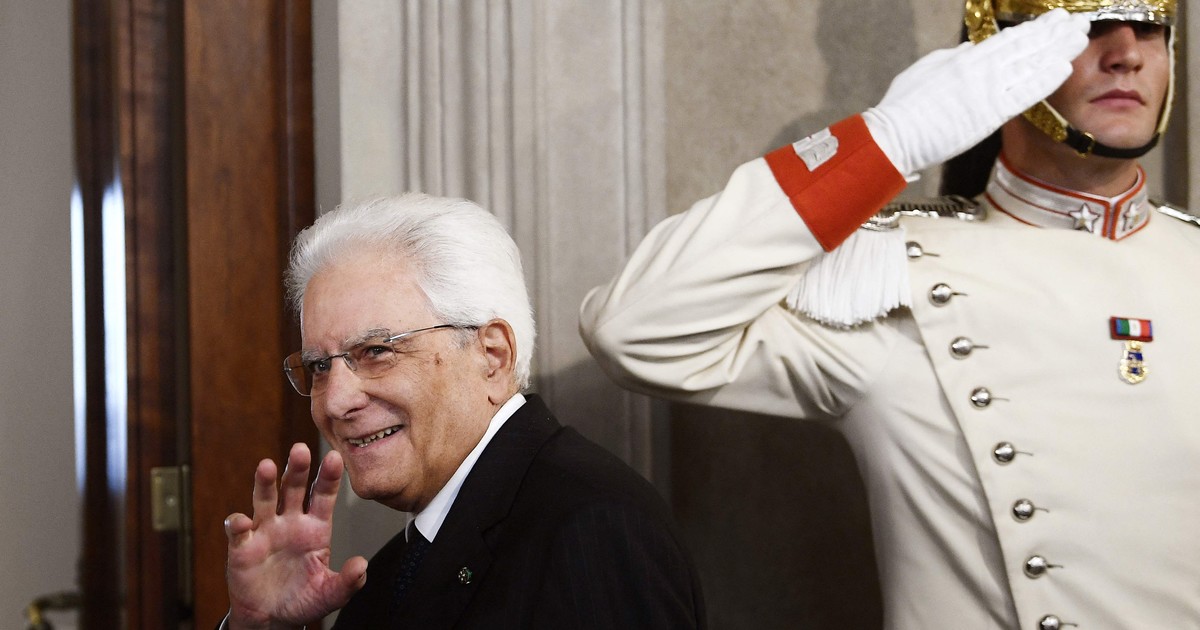 The complicated election of the President of the Republic adds a third emergency to the relentless advance of the pandemic and the dangers for Italy’s economy, which may lose the pace of recovery from last year.

A political crisis, given the confusion that prevails in the pre-voting movements to elect Sergio Mattarella’s successor for a seven-year term, could turn 2022 into the scene of a perfect storm to plunge Italy into a serious crisis.

The presidential election comes at a difficult time, with the rapid spread of the virus that on Tuesday registered 220,000 infections and almost 300 deaths.

On Monday 24, the first vote of the Parliament of the deputies and senators plus 58 representatives of the twenty regions should begin, making a total of 1009 large voters. In the first three votes, a qualified majority of votes is required.

If there is no consensus of the political forces, fragmented and confused, from the fourth vote the quorum drops to an absolute majority of 505 large voters.

The current Prime Minister of Italy, Mario Draghi, strong letter to become the next President of the Republic. Photo: AP

Three characters dominate the scene today in the great maneuvers that have begun this week to become imperative.

The first is President Sergio Mattarella, whose term expires on February 3 and who so far has not shown his readiness for reelection. Mattarella is even already moving to an apartment he rented in the center of Rome.

But the circumstances and the noise made by a sector of the large voters keep the option of convincing Mattarella to make the sacrifice and agree to return, even for two years, in suspense, almost desperate.

A “yes” that today seems almost impossible would put the current Prime Minister Mario Draghi in a rapid race to his move from the government to the presidency of the Republic.

Draghi is actually the key figure in Italy today. A brilliant 74-year-old economist, Roman, was the director for years of the Banca d’Italia, the central bank that is a position of enormous prestige in this country.

In 2011 he was elected President of the European Central Bank for eight years. He emerged as the savior of the currency for his decision to provide abundant credit to the countries of the European Union of the euro zone to alleviate the effects of the economic crisis of 2008.

Draghi is an icon of the European Union. His charisma represents for the global financial world a guarantee that if he leads Italy, the country will overcome its serious structural economic problems that have kept its economic growth too low.

The savior of the euro took office as Italian prime minister in February last year. His appointment was the guarantee requested by the 27 countries of the European Union and the world of world economy and finance.

Italy received an unprecedented shower of financial aid to overcome the crisis generated by the pandemic that sank its economy by more than 9% in 2020.

The EU supplied him an intensive therapy of almost 200 billion dollars on free grants and long-term, very low-interest loans. No other European country received so much money.

Draghi fulfilled at the end of 2020 with all the obligations to launch the recovery plan, which this year would have to motorize around 40 billion euros in many areas of the Italian economy. In 2021 the economy grew by 6.3% and this year it should complete the recovery with another 4.6%.

A bar closed in Turin in October 2020, in full quarantine. The pandemic was a severe blow to Italy’s economy. Photo: EFE

Draghi presides over a government with a strange majority, in which the center-right and center-left forces entered.

Only the right-wing Brothers of Italy party remained in opposition and its leader Giorgia Meloni maintains good personal relations with the prime minister.

In his press conference at the end of the year, Draghi presented his candidacy for President of the Republic without saying it, saying that he was available as “a grandfather” for new assignments. He clarified that having the Recovery plan on track, “anyone” can lead the government.

This statement was a bomb of continued explosion that now weighs so much in the negotiations to vote for the future Italian president.

The complication erupted when Sergio Mattarella said he did not accept being re-elected. The equation was for Draghi to continue as prime minister until the March 2023 elections and to be elected president of the republic after Mattarella’s early resignation.

If Draghi is not elected president, it is likely that he will not agree to continue as prime minister. A major political crisis would break out because it would add a trilogy chained with the runaway pandemic and the economy in increasing difficulties.

Preventing Draghi from leaving is the option of deputies and senators who fear the early elections that would cause an immediate fall of their government more than the pandemic. Opinion polls show that Draghi is the favorite of the majority of center-right and center-left voters. His exit from the scene would show the orphanhood that political forces live.

Further complicating the prevailing political confusion is the decision of Silvio Berlusconi, 85, to run for president. Berlusconi, a three-time former prime minister and the man who dominated Italian politics for almost twenty years, is the leader of Forza Italia, today reduced to 8% of the popular votes.

But Berlusconi, with a fortune of around 8 billion euros and owner of three large private TV networks, appears determined to win the presidency.

He is the leader of the center-right alliance that is also made up of Matteo Salvini’s League and Giorgia Melloni’s Brothers of Italy. Both have a dominant electoral power with around 19-20% of the votes in the polls.

Former premier Silvio Berlusconi does not hide his intentions to run for president of Italy. Photo: EFE

Salvini and Meloni support Berlusconi’s move but many believe they prefer other options than his ambition to be president.

Berlusconi has a past plagued with legal proceedings, three of which still exist. For economic reasons, even in paying taxes, and because of his affairs with young people girls in their luxurious residences.

The Forza Italia leader has already arrived in Rome from Milan, where he resides, to come into contact with deputies, senators and regional leaders in favor of his candidacy.

The political emergency is already hot because the options continue to be dramatic. The center-left Democratic party proposes a “broad agreement” because the president of the Republic is chosen by tradition from among the elderly who are the guarantee of institutional respect.

In reality, the PD, whose current leader is Enrico Letta, aspires for Sergio Mattarella to accept re-election.

Letta said on Tuesday that that “would be the maximum”, because it means that Draghi will continue to lead the government until 2023 when Mattarella would resign and the economist would go from government to the Quirinal Palace, the presidential seat.

The leader of the Democratic party made the proposal for a “broad agreement” to Matteo Salvini and Giorgia Meloni. Salvini argues that all political forces must meet and exchange ideas.

The other candidates outside of Berlusconi and Draghi are conjectural. They insist on the need for a woman to vote this time and the names that circulate the most are two: María Cartabia, Minister of Justice, and Senate President Elisabetta Alberti Casellati, who belongs to Berlusconi’s party.

Another name in circulation is that of Paolo Gentiloni, who was Prime Minister in 2016-18 and is currently the “Minister” of the Economy of the European Union. It belongs to the Democratic party.

The center-right of Berlusconi, Salvini and Melloni has 451 votes, while the Democratic party and other center-left allies have 414 votes among the 1009 large voters.

Hence, the negotiations to win the 505 votes necessary from the fourth vote are already frantic.

Both alliances seek the support of centrist sectors and the 111 deputies and senators of the mixed group, made up of all those who left the parties for which they were elected. Changing jackets is very common, especially in these cases, when there is a lot to offer and a lot to ask for.

In this area, Berlusconi knows how to act with unprejudiced efficiency.