Italy: How Covid changes the election of the next President of the Republic 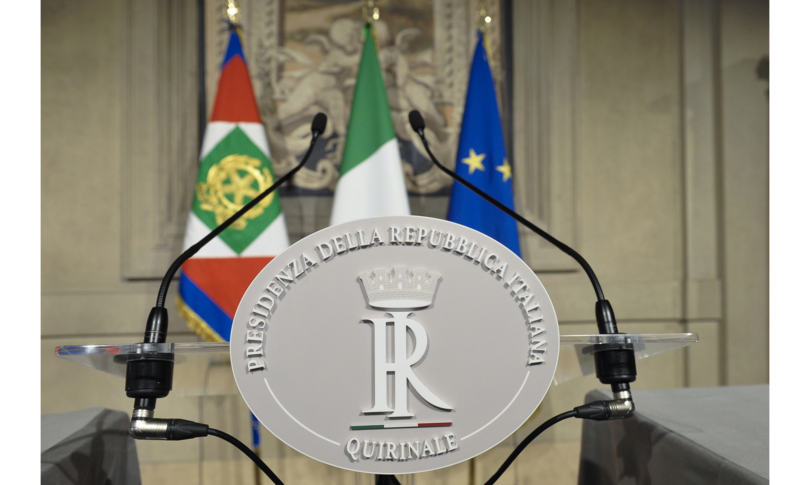 Rome, Jan. 11 – No news on the modalities of Parliament’s vote in joint session to elect the new President of the Republic. According to data from Monday 9 January, there were 33 positive deputies. Instead, there should be at least a dozen senators absent for Covid.

At the moment, the rules already established for voting for the Quirinale are confirmed, with constant monitoring of the progress of the infections and ever closer coordination between the Quaestors of the two branches. But, to date, no additional meeting of the Quaestors is expected, as was hypothesized last week (although according to parliamentary sources they could meet on Thursday, but there is no official confirmation).

The Quaestors of Montecitorio and Palazzo Madama, it is pointed out, are in periodic contact and, with the exception of the hypothesis of mandatory swabs for all 1008 electors before entering the Chamber – a hypothesis that remains on the table but will be taken possibly in consideration close to January 24 – what was within their competence has already been established.

Any additional modalities, such as the request that the senators vote in their Chamber of belonging or the remote vote, are not decisions that are up to the Quaestors and, in any case – it is emphasized – this is not a hypothesis currently on the table.

The measures before and during the vote

Meanwhile, just in view of January 24, the Chamber and Senate have returned to apply more rigid regulations, precisely to avoid the spread of the virus in the Chamber.

Mandatory Ffp2 masks, spacing of at least one meter in the hemicycle, with the restoration, for Montecitorio, of the voting stations set up in the Transatlantic thus returns to be off limits until the start of the voting for the Head of State; breaks in the sessions of the two classrooms to allow the sanitation of the hemicycle every three hours and a simple green pass for access to the buildings, with the obligation of a reinforced green pass for access to the rooms dedicated to catering (the Chamber has returned to close the buvette, which should reopen on January 24).

The President Roberto Fico directly urged the deputies to strictly comply with the safety rules, who, in the Chamber, invited parliamentarians to “strictly comply with the precautionary measures to minimize the risk of spreading the virus inside the Chamber and to avoid close contacts. You must wear the mask correctly and constantly and avoid gatherings “in the hemicycle,” especially in front of the government and presidency desks. I invite you to keep the same seat during the session and avoid moving during the session itself. Finally I invite you to also use the seats in the stands “, was the exhortation.

As for the rules already established for the vote for the new tenant of the Quirinale, the roll call is confirmed in brackets subdivided by time of the 1008 electors: first the senators for life will be called, then the elected senators, then the deputies and, finally, the 58 regional delegates. The Transatlantic will be reopened and the stations for the deputies will be remodeled, while the stations for the televisions, traditionally set up in the inner courtyard, could be moved to the fourth floor, in the corridor of the commissions.

Certainly, it is explained, close to January 24, in addition to the planned and traditional conference of the joint leaders of the Chamber and Senate with President Fico, who will be responsible for establishing the continuation of the number of votes to be carried out per day, they could hold new meetings of the ‘Cts’ of Montecitorio and the Quaestors to assess any new measures in the light of the trend of the infections.