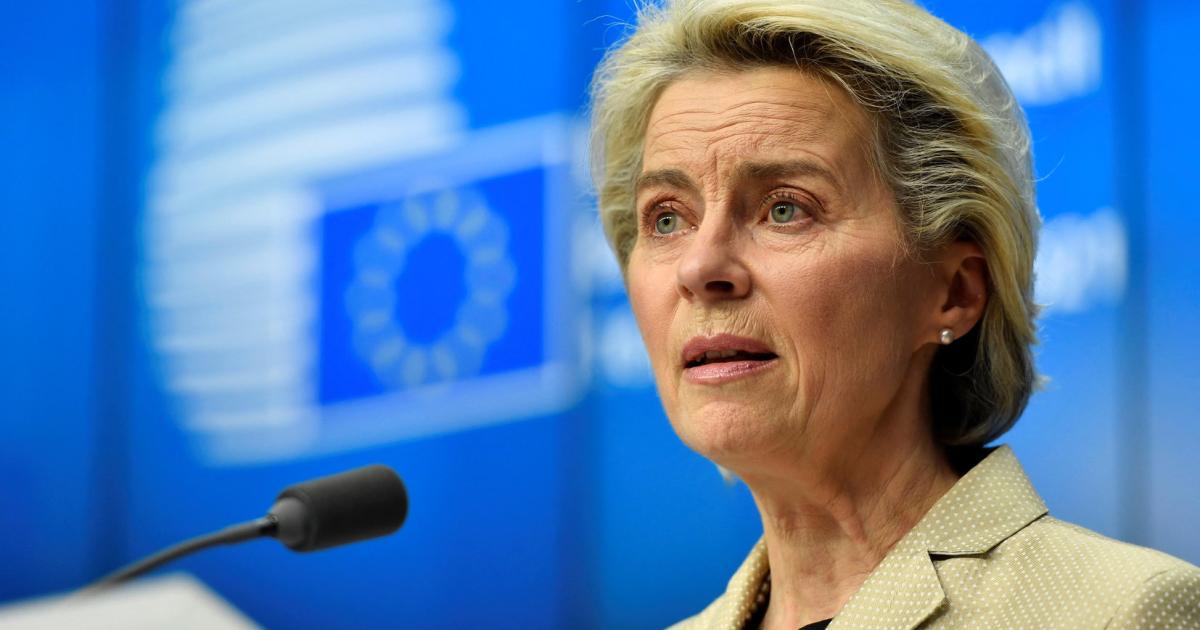 The President of the European Commission Ursula von der Leyen has defended the plan to label nuclear power and gas as environmentally friendly. “We will need them as long as there is not enough renewable energy,” said von der Leyen in an interview with the time (Thursday). You stand with full conviction behind the proposal to include gas and nuclear power in the so-called taxonomy. The German Chancellor reiterated this Olaf Scholz his negative stance on Wednesday.

With the taxonomy, the EU Commission wants to determine which investments should be considered climate-friendly in order to advance the climate change. Von der Leyen said member states differed on natural gas and nuclear energy. However, the proposal only recognizes gas-fired power plants that follow very strict rules, as well as nuclear power plants with state-of-the-art technology and a plan to reduce nuclear waste. Investors could also clearly see whether an environmentally friendly financial product contains nuclear power or gas, said von der Leyen.

Environmentalists have sharply criticized the draft despite the conditions – in view of the unresolved issue of the final storage of radioactive waste and CO2 emissions from gas. EU budget commissioner Johannes Hahn acknowledged that even within the Commission itself there are different views on this issue. He will definitely vote against it – “because nothing has changed in my security and economic concerns,” emphasized the ÖVP politician in the previous week in the KURIER.

In his first government survey in the German Bundestag on Wednesday, Scholz made it clear that he did not consider nuclear power plants to be sustainable. “The use of nuclear energy is not sustainable, to be very clear. And it also makes no economic sense,” he said. “Substantial investments” are needed to guarantee the electricity supply with new nuclear power plants. “We know that they don’t run all the time,” said Scholz about the reliability of these power plants. The use of nuclear power is “an expensive way in which many things are still unexplained”.

Previously, the German Federal Office for the Safety of Nuclear Waste Management (BASE) had sharply criticized the Commission’s plans and rejected them as “unsustainable” and “incomprehensible”. In the six-page document that the BASE wrote in the six-page document published by the BASE, the commission was disregarding the “view that nuclear energy is not sustainable” and was “only being guided by the supposedly positive contribution made by nuclear energy to climate protection” German press agency was available on Wednesday.

BASE-Chef Wolfram König warned of the negative effects of the planned nuclear power classification – also for Germany. “From a technical point of view, the classification of nuclear power as a sustainable form of energy production is not tenable,” said König der dpa. Atomic energy is “a high-risk technology” that also carries the “risk of the misuse of radioactive material for terrorist and warlike purposes”. “We are placing considerable burdens on future generations that cannot be reconciled with the claim of intergenerational justice,” said König.

While top representatives of the chancellor parties in Berlin and Vienna already see the fight against the promotion of nuclear power as lost, the environment minister wants to see herself Leonore Gewessler (Greens) oppose it with a lawsuit. However, European law experts do not give this a great chance of success. Formally, the EU states have until January 21st to contradict the Commission’s plans, but the nuclear power states led by France are in the majority as things stand.