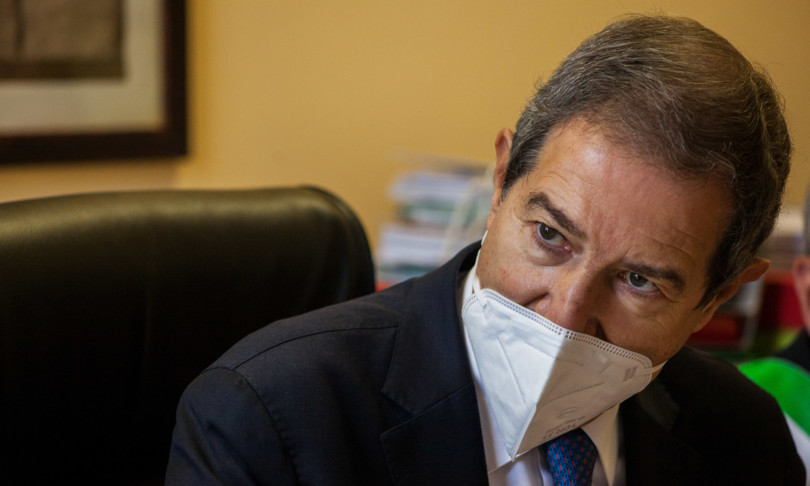 “As a first act I will reset the council. I will make an executive that will take us to the end of the legislature, an executive of responsible people. And we will go on, not giving a damn about these means”. The president of the Sicilian Region, Nello Musumeci, decides for a twist after the ARS vote on the great electors for the election of the Head of State who it saw the governor cashing just 29 votes, less than the opposition delegate.

He missed “7-8 majority votes,” he said, “votes from beggars who tried an act of intimidation to obtain sub-government posts, but I don’t let myself be influenced. I do not resign, I do not give up, I leave, I raise “.

“We stay to work – he explained – because I don’t want to survive in the Palace, because this Region needs a stability law, because we are in the pandemic, we have to spend the resources of the NRP, start construction sites for 4.5 billion. not giving a damn about conditioning, if we lose 6-7-8 deputies re-establish a relationship between the council and the deputies of the coalition. We will make a responsible executive. I will speak with the representatives of the center-right parties, I will ask them to give me a shortlist of councilors, some will probably be confirmed. And we will go on not caring about these means “.

And he increased the dose: “Seven runaways cannot think of being able to influence us or to bring about external pressure on the government of any kind, transversal requests by sending messages that belong to the worst of communication languages ​​”.

This afternoon it happened that the President of the Region “lacked 7-8 votes compared to the expected ones. I was elected anyway but the political data remains because some deputies have decided to carry out against me what in the judicial jargon is called an act of intimidation. A sort of showdown by deputies who have made inadmissible requests. Can these 7 runaways think that a president who has not been influenced by the mafia can be influenced by them? I felt so much bitterness, but can I be influenced by these wretches? Absolutely not, I am convinced that these must be abandoned on the street blackmailing deserters who operate with the complicity of secret ballots“. Finally the governor assured:” There are many other obstacles for me, for what I have lived and overcome. It will not be acts of political cowardice that will affect my choices, I have a commitment and I will go on until the end “.

In short, “Musumeci does not quit, Musumeci doubles, Musumeci raises, because he knows he has the vast majority of Sicilians on his side, apart from the parties”.

One thought on “Italy: Musumeci has canceled the Sicilian regional council”