Donald Rumsfeld, one of the architects of the invasion of Iraq and the war in Afghanistan, dies at 88 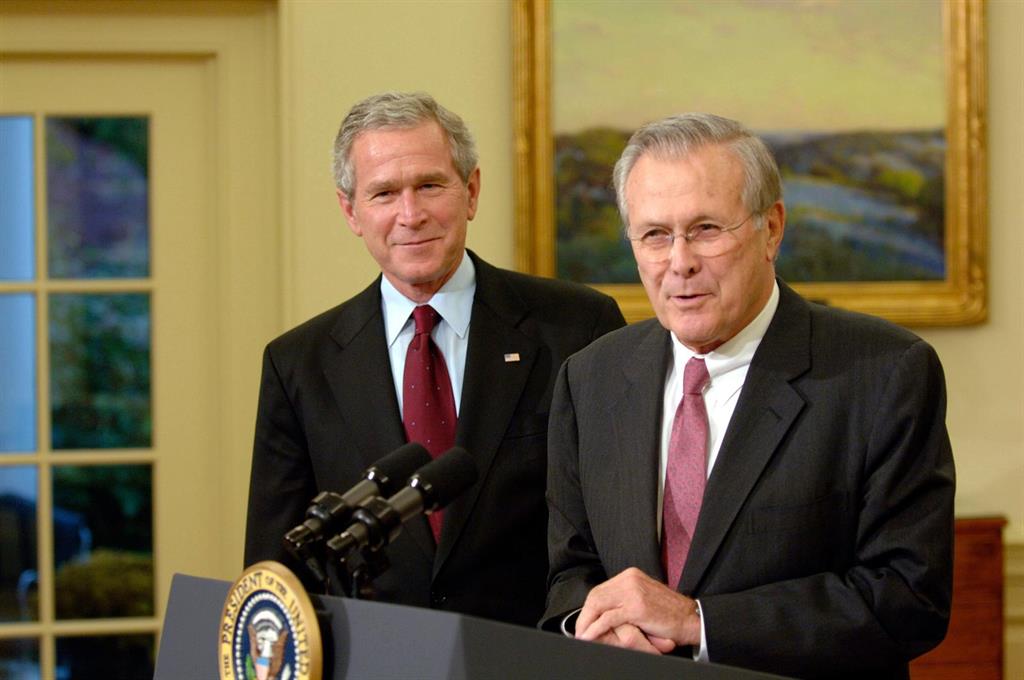 Former United States Secretary of Defense Donald Rumsfeld died this Wednesday in New Mexico at the age of 88, one of the architects of the invasion of Iraq in 2003 and the war in Afghanistan in 2001.

“It is with deep sadness that we share the news of the death of Donald Rumsfeld, American statesman and devoted husband, father, grandfather, and great-grandfather. At age 88, he was surrounded by loved ones in his beloved Taos, New Mexico,” said the family. it’s a statement.

Rumsfeld served twice as Secretary of Defense, the first between 1975 and 1977 with former President Gerald Ford and then later between 2001 and 2006 with George W. Bush in the White House. Although he previously served as ambassador to NATO in the Richard Nixon administration.

“History can remember him for his extraordinary achievements during six decades of public service,” says the statement of a Rumsfeld who was one of the great defenders of the existence of weapons of mass destruction in Iraq to justify the invasion and war in Afghanistan, where US troops are still twenty years later waiting for their final exit to close on September 11.

During the early stages of the war in Iraq, Rumsfeld had to face criticism from the international community for human rights violations committed against detainees in the Iraqi prison of Abu Ghraib and Guantánamo, in which, according to a 2008 Senate report, it approved the use of torture during interrogations.

Former President Bush wanted to remember Rumsfeld as “a man of intelligence, integrity and almost inexhaustible energy”, because “he never paled before difficult decisions, and never backed down from responsibility.”

“He brought the necessary and timely reforms to the Department of Defense, along with a management style that emphasized original thinking and responsibility,” praised Bush, who assures that thanks to Rumsfeld the United States is today “more secure.”