UK: The noose around Boris Johnson is tightening 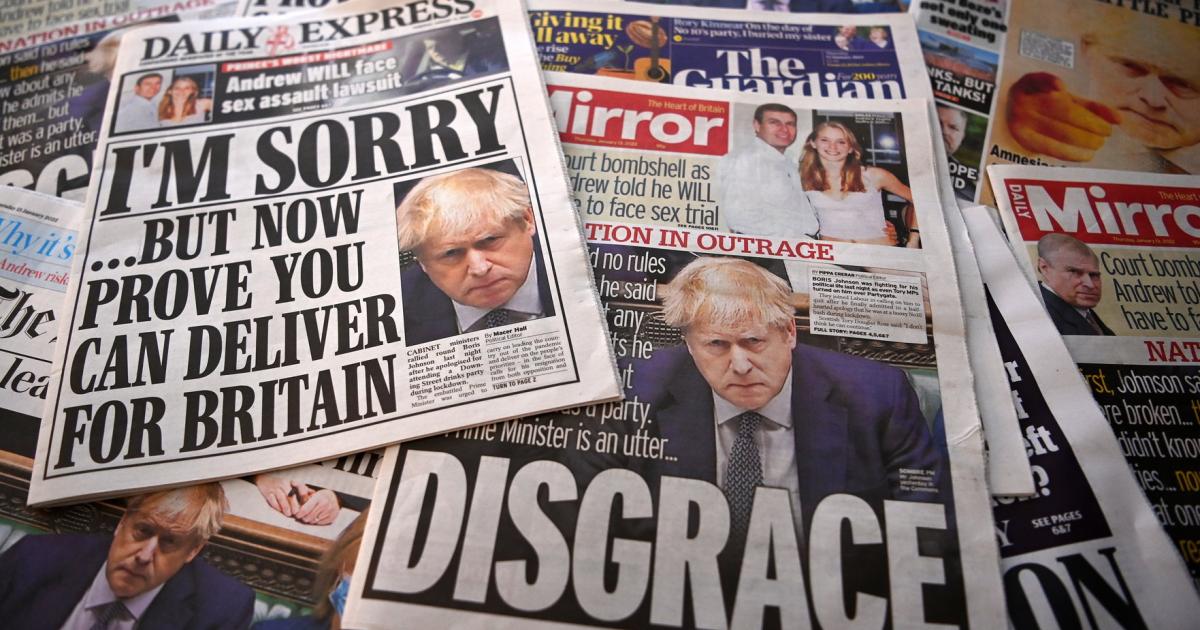 There is already speculation about a vote of no confidence in the prime minister.

“Shame”, “liar”, “idiot” – media slaps in the face almost without end for British Prime Minister Boris Johnson on Thursday. Newspapers rolled over in Boris bashing after apologizing for a garden party at 10 Downing Street in May 2020 – despite corona lockdowns. His statement that he thought it was a working meeting in particular met with scorn.

“Don’t be surprised Johnson admitted to being an idiot – it was his last line of defense,” the Telegraph waddled the Conservative Tory chief. The Mirror, in a snappy, sarcastic tone, recommended an eye test. Because Johnson “could walk into a room with a champagne fountain, a refrigerator full of Carling, a butler with a silver platter, and even with Caligula and his favorite horse – he would (not see) and assume that someone somewhere was keeping minutes (at the work meeting)”.

Four Tory mandataries calling for Johnson’s resignation received a lot of media coverage and questions as to whether he was threatened with a vote of no confidence after the expected end of an investigation into lockdown parties. Because Johnson’s reputation is badly damaged. The result: According to a new survey, the Labor Party has expanded its lead to ten percentage points, as clearly as it was last at the end of 2013.

Letters from 54 Tory mandataries are required for a no-confidence vote. How many have been received – some mean a handful, others more than 20 – is still unclear. The Daily Mail had good news for Johnson with the headline “Operation Save Boris” because his cabinet is behind him. Downside: two colleagues who are widely traded as possible successors to Johnson tweeted their support late.

Foreign Secretary Liz Truss, 46, who has populist instincts similar to Johnson’s and does not always express herself diplomatically, is seen as a darling of the conservative base with a focus on patriotism and freedom. She “stands 100 percent” behind Johnson, she said, and praised the boss for delivering results with Brexit, the vaccination program and the economy.

The image of the finance minister and ex-banker Rishi Sunak, 41, is said to have a difficult relationship with Johnson. The son of Indian immigrants advocates budget discipline and lower taxes, but has lost popularity in the corona crisis. His describing Johnson’s apology as “right” was seen by some as “lukewarm” solidarity. With reference to a working day full of visits and talks (instead of participating in the parliamentary debate on Johnson), Sunak also seemed to want to put himself more in perspective.

One thought on “UK: The noose around Boris Johnson is tightening”