Italy exceeded 184,000 cases of Covid in one day and experts recommend quarantines 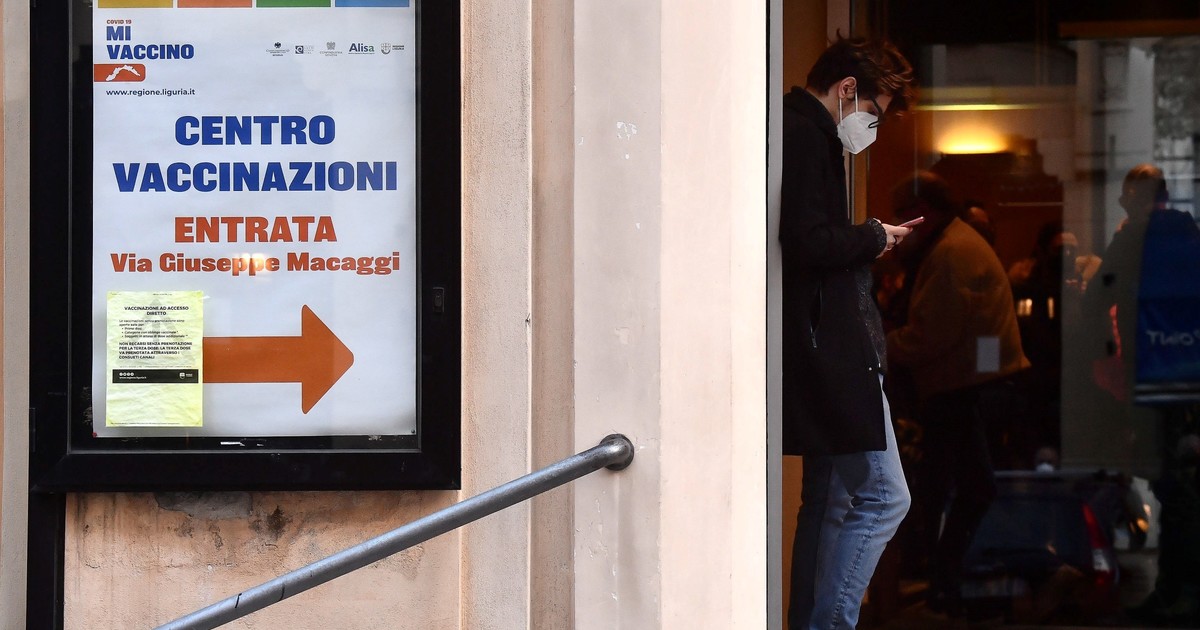 Italy reached 140,188 deaths this Thursday since the start of the Covid pandemic and is the country with the most deaths of the 27 in the European Union. The dead in 24 hours were 316 and the positive cases 184,615. Only Britain has more in Europe at 150,067, which it added on Wednesday.

The fourth wave that is expanding with a predominance of the omicron variant but also with the lethal Delta variant, continues to put pressure on the hospital system.

According to the Gimbe Foundation, which monitors data on the pandemic, in one week the cases increased by 1.2 million.

In hospitals, the number of internees rose by 32.2% and in intensive care, reserved for the most severe patients, by 20.5%.

The death toll in seven days increased by 35.4%, the Gimbe Foundation reported.

“The measures to stop the growth of infections have been insufficient,” said the director of Gimbe, Nino Cartabellotta.

A line in front of a pharmacy in Rome to get tested for coronavirus. Photo: AP

A popular and controversial figure in the scientific world, Matteo Basetti, the infectologist at the San Martino hospital in Genoa, commented on the results, noting that in his opinion “there are already ten million positives in Italy.”

He stated that in February-March it could be that “one in two Italians is infected.”

Cartabellotta did not confirm Bassetti’s predictions, but said the situation “is extremely critical.”

He confirmed the complaints of the Italian doctors’ organizations and pointed out that “the progressive saturation of hospitals limits surgical interventions for other pathologies”.

The director of Gimbe said that before the end of the month a good part of the twenty Italian regions will enter the orange and red zones, of maximum alert.

A woman receives a dose of the coronavirus vaccine, in Rome, days ago. Photo: REUTERS

“The red zone would certify the failure of the management of the fourth wave, despite the fact that highly effective vaccines are available to prevent serious disease,” he warned.

The vice president of the federation of Italian doctors, Giovanni Leoni, warned that if the pandemic passes the guard level and the red zone level is entered, it will be necessary “impose quarantines old-style in the most critical situations to impose social distancing, which is one of the few measures that interrupts contagion.

In Rome, the growing absence of drivers in the public transport company, which also controls the management of subway lines and a railway line, made a dramatic call to the Army to send qualified personnel to guide buses and subways.

Hundreds of drivers are infected or isolated at home in quarantine due to close contact with an infected person.

The situation is repeated in the other Italian regions. There are currently more than two million infected and isolated in quarantine at home for having come into contact with infected people.

In Italy, the “red zone” was implemented in the quarantine applied throughout the country between March and mid-May 2020, the worst period of the pandemic that began on February 21 of that year.

Italians were confined to their homes. You couldn’t go out, only those who did it in the “essential areas” could go to work, social movements were reduced to the maximum, schools, bars, restaurants, cinemas, theaters and sports stadiums were closed.

The “red” quarantine produced positive effects and was also implemented at the 2020 year-end parties.

The government wants to avoid “shutting everything down” because the backlash on the economy is immediate.

hit to the economy

Italy lost more than 9% of its wealth production in 2020 and recovered by 6.3% last year. It is expected that this year it could grow another 4.5%. Hence, the prospect of a new generalized “red” quarantine is highly feared.

Once again the largest, richest, and most industrialized region, Lombardy, whose capital is Milan, is, as in 2020, the one most affected by the pandemic.

This Wednesday the cases were 41,050, but in recent days there has been no exponential growth in infections. This is expected to mean that the epidemic has reached its peak. But no scientific body is encouraged to rule on the subject.

The health system resists with increasing effort and the growing fatigue of thousands of doctors, patients and other hospital staff.