The royal house deprived Prince Andrew of his military titles 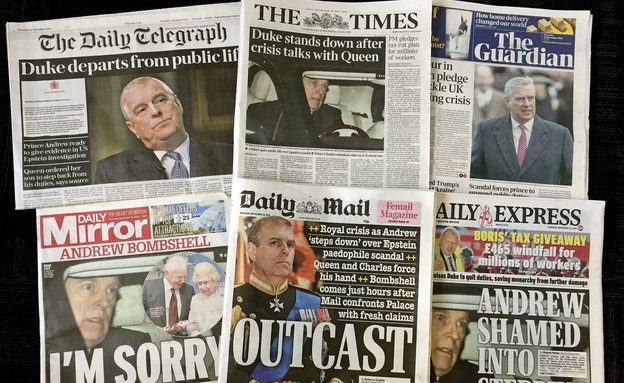 Queen Elizabeth today (Thursday) stripped her young son, Prince Andrew, of his military credentials following a lawsuit being filed against him in U.S. court on sexual assault charges. A New York federal court last night rejected a request by British Prince’s lawyers to dismiss Virginia Roberts Joffre’s claim that Andrew, a friend of the convicted sex offender and the late businessman Jeffrey Epstein, raped her at the age of 17. The decision last night gave A green light for the prosecution and now the British prince will be prosecuted for sexual assault.

After more and more Britons demanded a response from the Royal Family to the serious allegations in New York, the Queen decided to take the public step – without waiting for the verdict. “With the Queen’s approval and consent, the Duke of York’s military ties and royal sponsorships were returned to the Queen,” Buckingham Palace said in a statement. The proceedings against Andrew did not start today, the Queen had already removed him from public life in 2019 so he gave a scandalous interview to the BBC regarding allegations of sexual assault.

The statement added that “the Duke of York will continue to refrain from participating in public duties and is defending (himself) in this case as a private citizen.” A royal source said Andrew would no longer use the title of “His Majesty” in any official position and his other roles would be divided among the rest of the royal family.

The dramatic move comes hours after more than 150 veterans wrote to the queen asking her to deprive Andrew of his honorable military duties over what they described as feelings of “nerves and anger” in the affair, while the palace did not officially respond to the open letter. In the letter, military personnel addressed the Queen as part of her role as head of state and as commander-in-chief of the army, navy and air force “if it was another senior military officer, it would not be conceivable that he would still hold office.” The duke denies the allegations against him.