From the assembly of the 5.star Movement a no to Draghi and Berlusconi at the Quirinale 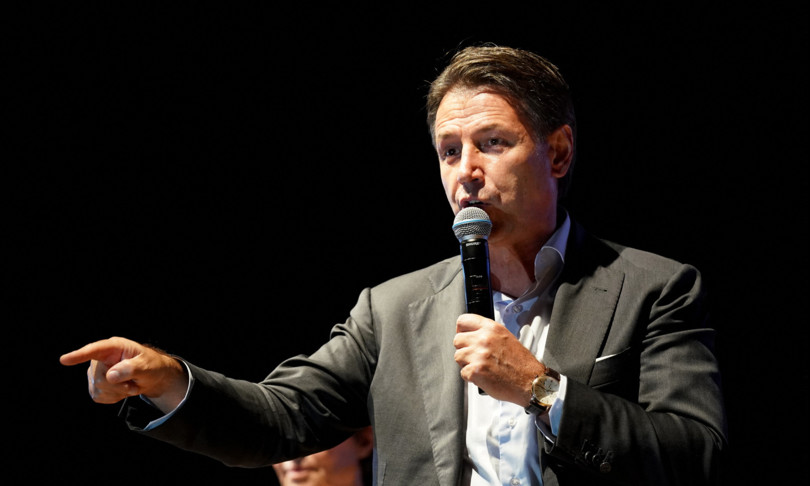 – No, and for opposite and very distant reasons, to Mario Draghi or Silvio Berlusconi at the Quirinale while there are those who insist on the need for an encore by the current head of state, Sergio Mattarella. This is what emerged from the assembly of the M5s parliamentary groups that the leader, Giuseppe Conte, introduced and which gave him full mandate to deal with several voices, except for three or four critical interventions.

The no to Draghi and Berlusconi as candidates to be brought to the negotiating table with the other parties was explained immediately by Conte himself: the phase that the country is experiencing, “on the political, economic and social level,” it does not allow to go to the elections by interrupting the legislature. We must therefore counteract those dynamics that risk triggering between the various political forces that could lead to an electoral scenario, which at this moment would end up compromising all the work done with the PNRR and to ensure a prompt restart of the country “, he said. .

It’s still: “We are paying a high political price for supporting this government but we need a guarantee to continue its action so as not to delay the citizens’ need for life “.

But if Draghi has the ‘moral profile’ to continue to lead the country from Palazzo Chigi or from Colle, the speech does not apply to Berlusconi, whose candidacy was ‘branded’ by the M5s president as “inadmissible”.

“We have to help keep the bar high, so as to elect a high-profile and authoritative President, a figure who can truly guarantee national unity. Based on our principles and values, we must try to guide the choice towards a figure who is recognizable as authoritative also from a moral point of view, who offers us adequate guarantees to act with ‘discipline and honor’ making us proud of being Italian “, he underlined the former premier, who added:

“I will ask the center right not to deploy the founder of the coalition himself as well as the current leader of Forza Italia. If the center-right forces and their leaders really have the interest of the country at heart and the search for a personality who can gather the widest possible sharing: then let’s put aside candidacies that are clearly biased and that certainly will never be able to collect, and I mean never. , the votes of the 5-star Movement “.

On the method of comparison ‘with others’, Conte clarified the need for compactness and he assured: dialogue and the axis in our field, the progressive one, is solid: I have had meetings with the leaders of the Democratic Party and Leu. I have entered into a consultation agreement with the leaders of these political forces, which strengthens the dialogue and therefore the strength of our respective positions, broadening the potential spectrum of our representativeness “.

This does not rule out also speak with the center-right, and “above all” with the leader of the League, Matteo Salvini: “The confrontation with the center-right exponents is useful for three reasons. Because the president must be of high profile and guarantor of all and the malfunctioning of our system in terms of the democratic alternative is not facilitated if we proceed to elect presidents with blows. close majorities. Because, due to the situation we are experiencing, with a government of national unity that requires the effort, given that we are still in full emergency, to also proceed with the election of the Head of State with a broad agreement open at least to the forces that support the current government, finally for practical reasons, because no progressive or right-wing alignment has, from the start, self-sufficient numbers in this Parliament “.

But if Conte hasn’t mentioned any names – areassuring, however, that the M5s control room will involve everyone – ‘his’ took care of it. In fact, several have stressed the need for Sergio Mattarella to remain on the highest seat in Italy. To give two examples, former minister Danilo Toninelli and senator Primo Di Nicola: “We are the first force: we must take the initiative. We must close with the hypothesis of Draghi al Colle by clearly saying that it must be there for Covid and Pnrr Continuity is a fundamental word and means Mattarella bis “, said the first.

“This government has a job to do, the citizens look at us having already made it clear in every way that they want stability, and if stability means having Mattarella, we have only one thing to do. First of all, propose Mattarella as President of the Republic, immediately and in all negotiation venues. A proposal that we launched first, which is also gaining consensus in the other parties and which would keep us fully in the game with a healthy and regenerating effect not only for the country but also for the Movement “, Di Nicola said, according to what has been learned. .

Meanwhile, the ‘contiani’ closed ranks around the leader expressing full confidence: “We must be compact. There is no need for leaps forward, because they compromise the bargaining power of our political leader. It is not true that there is little involvement of the groups. Aim for an authoritative profile”, according to Senator Gianluca Ferrara. And the deputy Angela Raffa: ‘The negotiation is led by the political leader, he is responsible for seeking an agreement “.

Senator Maurizio Santangelo also said he shared Conte’s speech: staying united “is essential to weigh. As a Movement we have arrived in full shape, we have a president who has a full mandate from members to represent us in every location. Giuseppe Conte represents the best, he has shown that he has managed to bring results for the Italians at all tables. “

“Great confidence” expressed, it is learned, Senator Giorgio Fede, arguing: “We must not split. There are no Chamber or Senate groups, only the Movement. We must be aware of our strength, let’s open a dialogue as Conte says. He has already said no to Berlusconi and Draghi, so he knows how to move and decide. “Pro Conte was also expressed by former minister Danilo Toninelli.