Gavin Newsom: Sirhan Sirhan still poses a danger to society, he cannot be released from prison 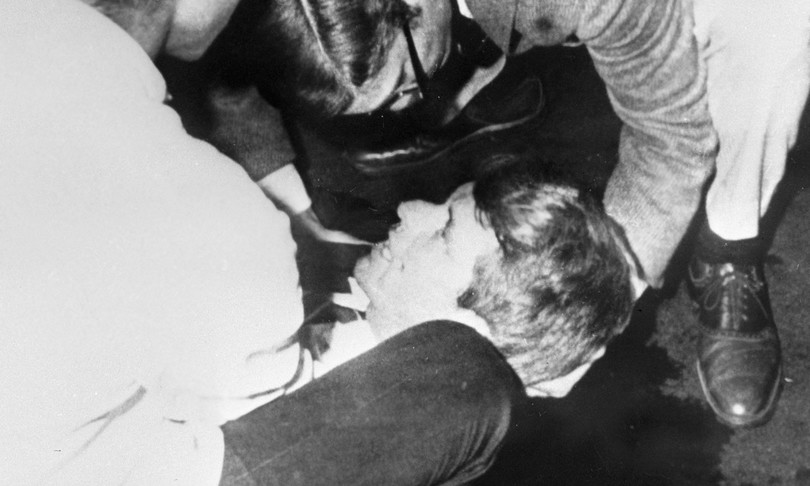 Sirhan Sirhan, the man who killed the Democratic candidate for the US presidential elections Robert F. Kennedy in 1968, is still a danger to society. This was stated by the governor of California, Gavin Newsom, in an intervention in the Los Angeles Times in which he explained his decision to deny bail to the present 77-year-old Palestinian who, says Newsom, “decades later, refuses to accept responsibility for the his crimes “.

“The Kennedy assassination not only changed the course of this nation and stole a promising young leader from the world, it also left his 11 children without a father and his wife without a husband,” writes the California governor. Kennedy’s family bears this loss every day. Millions of Americans lost a unifier in a time of national turmoil and grief, just nine weeks after the assassination of Reverend Martin Luther King Jr. and four and a half years after the assassination of his brother. Kennedy, President John F. Kennedy “.

More on my decision on the parole of Sirhan Sirhan. https://t.co/W4zCngpa3U

“Yet, after decades in prison, Sirhan still lacks the awareness that it would prevent him from making the kind of dangerous and destructive decisions he had made in the past,” writes Newsom, “The clearest evidence of Sirhan’s lack of awareness is his changing narrative of his murder of Kennedy and his current refusal to take responsibility for it.“.

“The evidence that Sirhan assassinated Kennedy is overwhelming and irrefutable. Prior to the assassination, Sirhan recorded his plans to kill Kennedy, writing, “RFK must die. RFK must be killed. Robert F. Kennedy must be assassinated,” recalls Newsom, “at the time of the assassination, Sirhan accepted responsibility. exclusive. In a TV interview, Sirhan confirmed that he assassinated Kennedy and acted alone. Incredibly, in the 1990s, Sirhan began dodging accountability. He claimed he could not remember the crime, so he claimed to be innocent. In 2016, Sirhan claimed he believed he did not kill Kennedy based on what he had read in his attorney’s legal memos. Recently, last year, Sirhan portrayed himself as the victim, claiming that “he was in the place. wrong at the wrong time “.

“IS It is entirely clear that due to Sirhan’s lack of awareness, his parole would pose a threat to public safety. Sirhan is now 77, but he remains a powerful symbol of political violence, “notes Newsom,” in the past, terrorists took hostages – and eventually killed some – in Sirhan’s name. While he has incited violence in the past, Sirhan has recently laughed at the current relevance of his status as an ideological lightning rod. He does not understand, much less has the skills to manage, the complex risks of his self-created notoriety “.

“He cannot be safely released from prison because it has not mitigated the risk of fomenting further political violence,” continues the California governor, “over the years, Sirhan and his supporters have churned out false claims about the Kennedy assassination. Every claim of Sirhan’s innocence has been investigated and denied. These falsehoods fuel Sirhan’s denial of responsibility. Their repetition also perpetuates further and continuous damage, keeping open and unhealed the wound that the assassination inflicted on the Kennedy family and the American population. ”

“Perhaps it is easier for some to accept refuted false claims than to face the difficult truth: Sirhan, a man with a gun, acting alone, has inflicted great damage on our country,” says Newsom, “I will not back down from this truth. The probation cases I review every week reveal the depth of human violence and its destruction. But these cases also give me hope. They show the resilience of crime victims and survivors, as well as the transformation of the incarcerated people they choose to do. the difficult work to repair the damage they have caused. They represent what Robert F. Kennedy encouraged all of us to do when he said, ‘Surely we can start working a little harder to bandage the wounds between us and become brothers again and compatriots in our hearts’ “. “Sirhan has a lot of work to do,” concludes Newsom, “I encourage him to start by taking Kennedy’s words to heart.”

One thought on “Gavin Newsom: Sirhan Sirhan still poses a danger to society, he cannot be released from prison”