France turns around on masks and passes 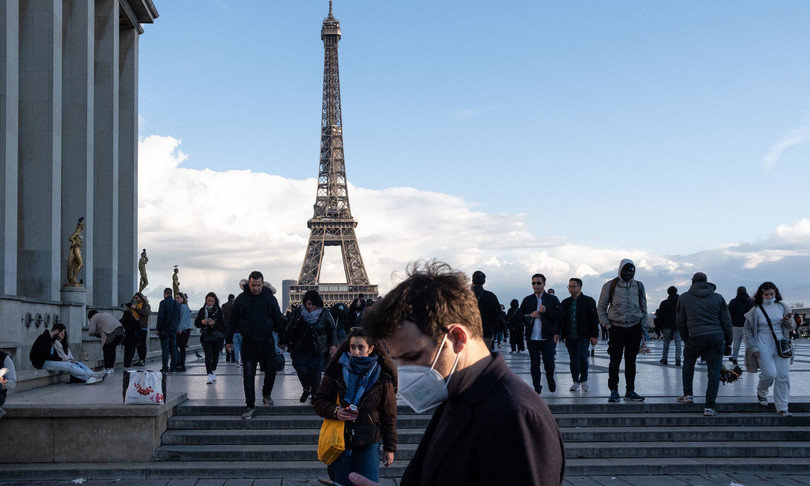 In two historical judgments, the courts of Paris and Versailles blocked two decrees of the prefecture that obliged the use of the mask outdoors, while the adoption of the new vaccination pass is stopped in Parliament and the school protests against the health protocol. In France, struggling with over 300 thousand cases in the space of 24 hours, government and local authorities have to deal with two important decisions of justice that in fact go in the opposite direction and with the widespread discontent of teachers and parents at the chaos in schools.

The administrative court of Paris has suspended a provision of the prefecture that from December 31 made it mandatory to wear a mask outside, on the streets of the French capital. The same decision was passed by the Versailles Administrative Court which blocked the implementation of a similar decree, assessing the measure as “excessive, disproportionate and inappropriate interference with individual freedom”. It is the first time that on the national territory two judicial authorities contest a health security measure in full new wave of Covid, driven by the Omicron variant.

In addition to the justice measures, the government’s response to the renewed health emergency is recording a setback also in Parliament. After a dispute caused by the breaking of the secrecy on the ongoing discussions between deputies and senators within the Joint Joint Commission on the bill to transform the health pass into a vaccination pass, the government text must again be submitted for examination by the National Assembly . The complex parliamentary process is accompanied by lively controversies between the opposition and the presidential majority which will in fact postpone the entry into force of the new vaccination pass, initially announced by the government starting from January 15th.

As if the executive of the Premier Jean Castex is put in difficulty by teachers that yesterday many joined the national strike to challenge its chaotic management of the epidemic, with the health protocol in schools changed three times in a week. According to the education ministry, about 38.5% of primary school teachers joined the strike, while the main union reported 75% membership and 50% closure of first grade public schools. In the middle and high schools, government figures registered a membership of 23.7%, those of the main union by 62%.

Beyond the divergence on the numbers, the important protest movement of teachers and the widespread discontent of parents forced the Minister of Education, Jean-Michel Blanquer, to make a public mea culpà. To the broadcaster France Info Blanquer acknowledged that he made mistakes, offering his apologies. “I am not perfect. I make mistakes, it is characteristic of human beings and of course it happens to me too. I have no problem saying that I am sorry for some things” acknowledged the minister.

To support schools in managing the health emergency caused by Omicron, Blanquer has announced the forthcoming distribution in schools of 5 million Ffp2 masks and the temporary hiring of teachers to replace positive and quarantined colleagues. According to the latest report by Santè Publique France, 305,322 new cases and 227 deaths have been diagnosed in the last 24 hours while over 24,000 patients are hospitalized, of which 3,939 in intensive care. Currently, the Omicron variant accounts for 65% of sequenced viruses.

One thought on “France turns around on masks and passes”