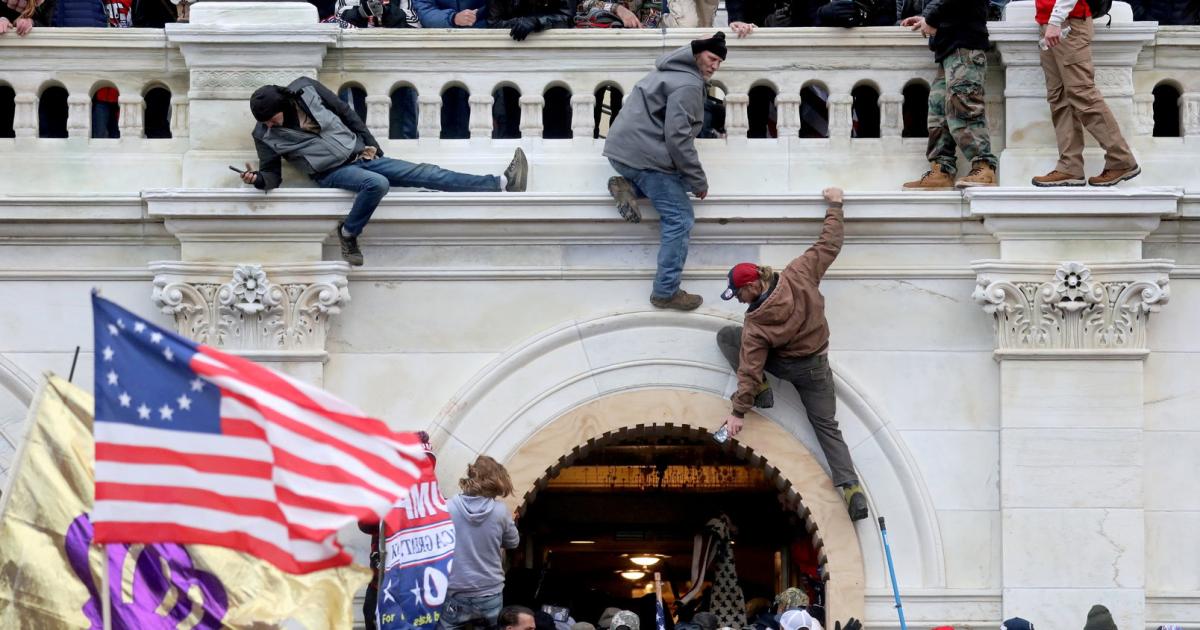 The man with the eye patch is the head of the “Oath Keepers” in the focus of the FBI and has now been arrested.

There was a time Stewart Rhodes would have walked through fire for Donald Trump. And Trump would have praised the stocky man with a lint beard and eye patch in public appearances as a model example of a “Make America Great Again” patriot.

When the ex-president opens this year’s rally in Florence, Arizona, on Saturday evening, the name Rhodes is unlikely to be mentioned. Trump doesn’t want to be associated with the newly arrested Oath Keepers mastermind by the FBI. He faces up to 20 years in prison for “seditious conspiracy,” commonly known as domestic terrorism, by storming the Capitol.

Conversely, Rhodes now considers his former hope to be a traitor. Because Trump was reluctant to correct the 2020 presidential election by imposing martial law. And because he didn’t lift a finger for hundreds of imprisoned “patriots” who wanted to squeeze America’s democracy out of the hinges on January 6, 2021.

Rhodes, who studied law at elite Yale and later worked as an aide to Libertarian Republican presidential candidate Ron Paul, is the driving force behind a mainly white, armed, 25,000-strong movement. The Department of Homeland Security considers the Oath Keepers to be the most dangerous force on the far-right militant spectrum.

When the ex-soldier (three years in the army, parachutist, lost an eye, then released) sees basic rights threatened, preferably by Democrats, leftists and Antifa, Rhodes and his martially dressed hobby paramilitaries march out, heavily armed, and spread their view of patriotism and constitutionalism.

Even before his arrest, Rhodes, adept at the law, had taken refuge in the role of martyr. The evil state wants to put him behind bars with fabricated facts. His stay in Washington on January 6 only served the purpose of “keeping his people out of trouble”.

According to the 48-page indictment, the FBI determined other facts. Thereafter, Rhodes was the prime example of someone who “wanted to overthrow the government”. Immediately after the November 3, 2020 election, Rhodes texted his accomplice: “We can’t get through this without a civil war.” In December he wrote that a “bloody and desperate struggle is inevitable” if Joe Biden took over the presidency. Congress will “cheat” Trump. Unless “we scare them to death”.

Rhodes had prepared himself for this personally. The FBI found him selling $17,000 worth of guns. In a hotel in Arlington on the outskirts of Washington, “Oath Keepers” stockpiled weapons before the Capitol was stormed and set up the headquarters of a “Rapid Reaction Force”. While several “Oath Keepers” entered the Capitol, Rhodes stayed outside and directed his people with his mobile phone.

It is still unclear why he ended up leaving without the prophesied showdown.