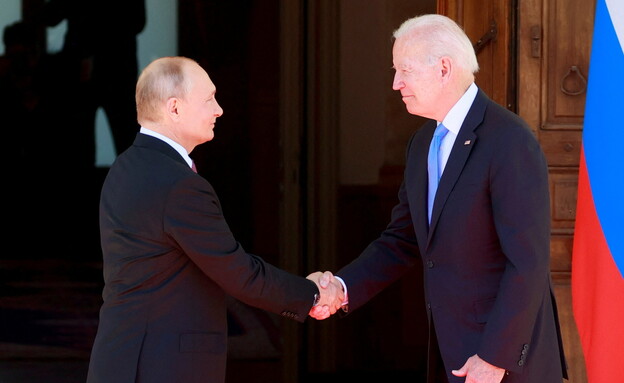 The United States claimed tonight (Saturday) that Russia was planning Operation “False Flag” in order to justify a Russian invasion of Ukraine. The White House said Russia had already planted hostile elements in Ukraine to promote covert action in the coming month, with the aim of harming Russian forces, imposing responsibility on Ukraine and consequently providing justification for the invasion. Russia responded: “The allegations are not entirely well-founded.”

“We have information that Russia has already deployed a group of agents to carry out a ‘false flag’ operation in eastern Ukraine. Russian agents are skilled in fighting in built-up areas and will use explosives to attack Russian forces in the country,” said White House spokeswoman Jen Pesky. A Pentagon spokesman also claimed that the operation was intended to provide Russia with an excuse to invade.

The serious allegations come after a large-scale cyber attack on government sites in Ukraine and alongside reports of a significant shift of Russian forces westward towards Ukraine. A statement from the Ukrainian Foreign Ministry said: “Ukrainians! All your information has become public, be afraid and expect the worst. It is your past, present and future.”

Last week there was a failed negotiation between the powers in order to settle the situation. Russia has so far concentrated about 100,000 troops near the border with Ukraine, claiming that the entire crisis stems from a military threat from Ukraine, but without proof.