In India, a bishop was acquitted of having raped a nun 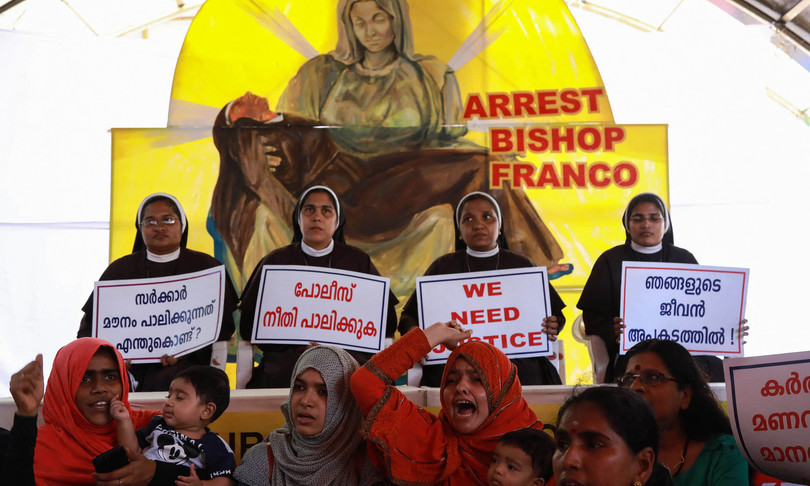 In the Indian state of Kerala the court of Kottayam acquitted Monsignor Franco Mulakkal, self-suspended bishop of Jalandhar (in Punjab), of the rape charge made against him by the former superior general of the Missionary Sisters of Jesus. The sentence is arrived yesterday at the end of a trial during which only 39 of the 84 people called to testify went to court.

Monsignor Mulakkal was accused of raping the nun on several occasions from 2014 to 2016 while she was visiting the convent in Kerala and of having “abused her dominant position”. For his part, the prelate has always maintained that the accusations were unfounded and infamous and accusing the nun of wanting to discredit him out of revenge, after removing her from the leadership of the congregation.

The case – which caused great confusion among Indian Catholics – had come to light in September 2018, AsiaNews recalls, with the protest of five sisters who asked for justice for the nun. Monsignor Mulakkal was later arrested, spent three weeks in prison and then released on bail pending trial.

One day before his arrest, the Holy See had accepted the prelate’s request to be relieved of his duties as bishop until the matter was clarified, in the meantime appointing a diocesan administrator. Monsignor Mulakkal was present in the courtroom at the time of the sentence and merely exclaimed “Thanks be to God” before leaving the court.

One thought on “In India, a bishop was acquitted of having raped a nun”