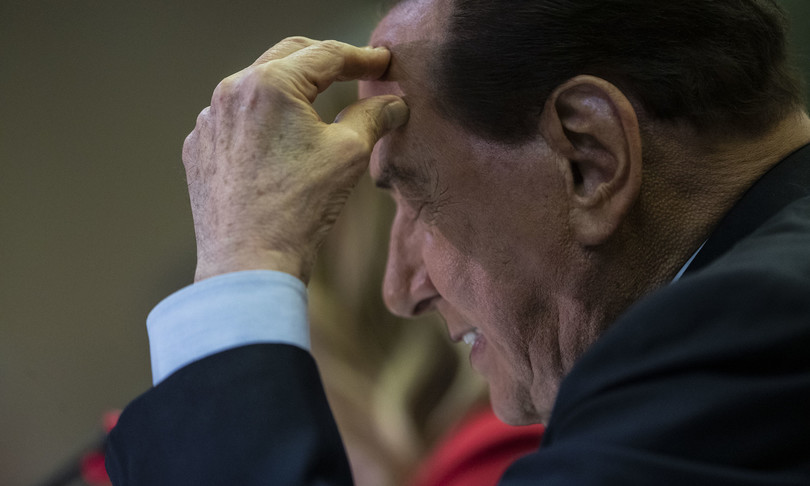 The League is invited not to produce malicious interpretations, Salvini – the thesis – has limited himself to underlining the need to find the numbers on Berlusconi’s possible candidacy for the Quirinale.

The party secretary of via Bellerio would like guarantees as soon as possible, relaunches, stating that “next week he will make a proposal that – he observes – I think will be convincing for many if not for all “.

A move that was not very welcome by the top management of FI who nevertheless remarked how the center-right will be united and that Berlusconi’s candidacy is the most authoritative.

In short, the game on the Quirinale, even in the center-right, is still long. FI parliamentary sources report that the Knight is reflecting on what to do, which may not even formalize the candidacy.

He also said it last Friday at the top with Salvini and Meloni, if there is unity, good, otherwise I won’t run, he observed. The confrontation is still ongoing, because Berlusconi – it is reported by other sources – will eventually decide not to take the field later, just before the kick-off or on the eve of the fourth vote.

Obviously, if he realizes that he does not have the numbers for a convergence on one of his candidacies. For now, therefore, the former prime minister is resisting and is in constant contact with Salvini. In the evening between the two there was a long and cordial telephone conversation in which the former Prime Minister would have reiterated what he said at the summit last week. Among the allies, however, and also in the blue parliamentary groups, doubts are increasing in any case.

Even several loyalists feel the risk of a defeat that would cloud the image of the former prime minister.

In the field of the center-right, especially among the ranks of those who believe we should immediately start thinking about a ‘plan B’, the conviction is gaining ground that the Italian president will in the end evade the count. A step that many in FI are advising him in these hours.

For now, however, Berlusconi is taking time but among the deputies and the forced senators among other things, the delegation to proceed with the ‘scouting’ was given to Sgarbi or to other characters who – this is the ‘refrain’ among parliamentarians – are only trying to return to the grace of the former prime minister.

In any case Salvini has begun to foreshadow a ‘plan B’ in an attempt, if Berlusconi fails to provide guarantees, to overcome the impasse.

The hidden negotiations go on but the League’s ‘Captain’ with his team keeps the cards covered. On the table the hypothesis of an agreement on Draghi that could also include an end-of-term pact, with a political government with leaders inside.

But no other ‘leads’ are discarded, from the president of the Senate Casellati (who would leave the chair to a dem exponent) to other figures such as Pera, Moratti or Casini.

On the latter there is the yes of Renzi, who says he is willing to vote for a center-right candidacy other than that, considered divisive, by Berlusconi. “Renzi – argues a member of the Via Bellerio party – is sending a clear message, or a pact is being closed or there may be convergence with the center left”.

Therefore, a quick and shared solution to perhaps get to the first white smoke vote. A distant prospect for the moment but which could materialize if the sides on the field begin to think about the exit strategy ‘.

And at the moment Draghi’s candidacy remains in pole position, beyond the indiscretions that emerged after the meeting between Gianni Letta and the head of the cabinet of the prime minister.

In Forza Italia, the news of the Villa Grande agreement had rekindled the enthusiasm of those who believe the ‘Cav operation’ is feasible.

Salvini and Meloni, as well as the other leaders of the coalition, defend the former prime minister’s ‘candidacy’ with the sword which represented the history of the center-right.

But the doubts about the numbers are getting stronger. And – observes a member of the alliance – even the so-called ‘war room’ is not known.

Today Berlusconi preferred not to go to Strasbourg for the commemoration of Sassoli. He stayed at Villa San Martino to answer the phone to those who looked for him.

Still many push him to go ahead, to seek secret votes but – beyond Salvini’s moves – many are convinced that the former Prime Minister would do well to ‘maximize’ now or in any case before the first vote to give a ‘indication and thus shift the balance of the game.

In short, Berlusconi – it is the reasoning – will try to play his cards but he would have promised not to go against the wall and to agree – if the consensus does not appear in the coming days – a solution with the allies.