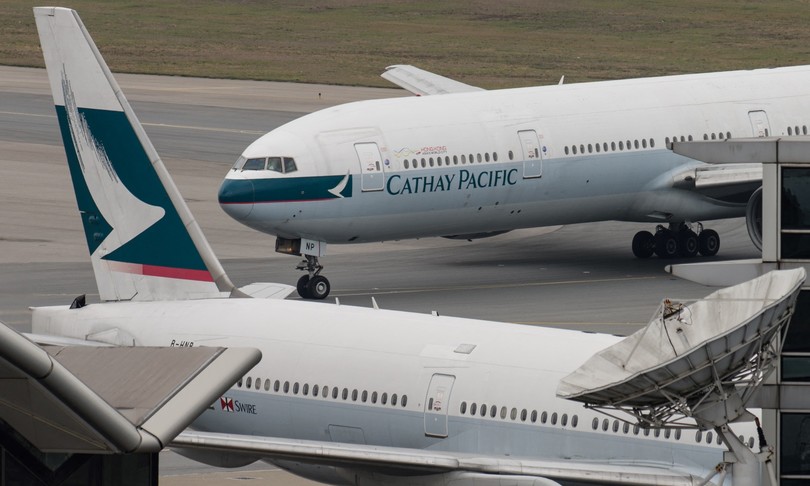 Hong Kong’s national airline, Cathay Pacific, is back in the spotlight afterwards the cases of two flight attendants who violated the measures against Covid-19. The two are accused of having “conducted unnecessary activities”, for not having respected home isolation on their return from the United States, on 24 and 25 December last, and having gone shopping, also meeting with friends, while they were positive. to the Omicron variant, responsible for at least fifty infections in Hong Kong.

Meanwhile, the two stewards they were fired and arrested and subsequently released on bail: they will have to appear in court on 9 February next and face a sentence of up to six months in prison and a fine of five thousand Hong Kong dollars (just over 563 euros).

The story has reached the upper echelons of city politics, and today the Hong Kong leader herself intervened, Carrie Lam, who called the affair “a very serious case of non-compliance”, announcing an investigation into Cathay Pacific, accused of sending flight attendants on empty cargo flights back to Hong Kong to get discounts on quarantine periods.

Cathay Pacific is now in the blizzard and must defend herself against accusations of being responsible for spreading the Omicron variant in the city. Cases like the two flight attendants are a “small minority,” Cathay Pacific president Patrick Healy told staff, and they shouldn’t overshadow that. “remarkable professionalism and discipline“of the majority of the crew members. Healy then apologized for the incident, which triggered the restrictions in force today in Hong Kong, including the closure of elementary schools, and promised the airline’s cooperation with the investigation. in progress.

The case is the last of a series of problems faced by the airline since the beginning of the Covid-19 pandemic, which has made it increasingly difficult for staff to adapt: ​​from a calculation reported by the AFP, in 2021 alone, the crew spent 73,000 nights overall (quantified in two hundred years ) in quarantine hotels in Hong Kong.

The outbreak of the Covid-19 pandemic has put all airlines to the test due to the collapse of air travel, but the virus has hit Cathay Pacific with particular intensity. In the first year of the pandemic, the company recorded losses of $ 2.8 billion and cut thousands of jobs, despite the administration led by Carrie Lam had approved in June 2020. a five billion dollar recapitalization plan (39 billion Hong Kong dollars). The rescue attempt did not help straighten the airline’s fortunes, and in the first six months of 2021 alone, Cathay Pacific recorded a $ 972 million red.

The pandemic has added to previous woes. Already since 2019, the national airline did not enjoy the sympathies of the Hong Kong administration for the refusal to sanction their employees who had participated in pro-democracy demonstrations: the Chinese aviation body, in August of that year, had banned the crew members who had joined the protests from being part of the staff for flights to and from China.

Air links with China are a vital part of Cathay Pacific’s operations, and the group said it was “legally bound” to follow the provisions of the Chinese Civil Aviation Authority, promising to punish employees who joined the company. protests: the story was then concluded with the resignation of the then CEO, Rupert Hogg, and with the sacking of twenty-six flight attendants, in a situation that has been compared by former Hong Kong airline employees themselves to the Cultural Revolution, the most radical period of Maoism in China, spanning the 1960s and early 1960s. Seventy.

The rules against the spread of the pandemic in Hong Kong, among the strictest in the world, have made the local situation even more difficult. Last week, the administration led by Carrie Lam banned flights to and from eight countries, over fears of spreading the Omicron variant, helping to empty the airport of the Asian financial hub, until the pre-Covid years known to be one of the busiest in the world.

The restrictions have become increasingly severe for Cathay Pacific, in particular for flights to and from China: the crew can board the aircraft only after being quarantined in hotels and when they return home they must undergo home isolation, in a situation that is difficult to sustain. “The crew has been traveling from hotel to plane, and from plane to hotel for months,” said flight attendants union representative Grace Siu. In this scenario, already deeply marked by travel restrictions, there are no better times on the horizon for the company.

Since the introduction of the national security law in the city, an exodus of foreign and local personnel has begun on the fears triggered by the provision: the law takes into consideration both those who are outside the borders of the special administrative region (Article 38) and companies, for the broad powers conferred by Article 43 on national security authorities to freeze assets and search companies deemed in violation of the law imposed by Beijing to shut down the city’s pro-democracy movements.

In the first year after the introduction of the law, over 89,000 Hong Kong residents left the city permanently – which today has 7.39 million inhabitants, according to calculations by the Hong Kong administration – whose choice could also have been affected by the strict anti-pandemic policies.

The trend does not appear reversible: as the rest of the world opens up again, a study by the British Chamber of Commerce in Hong Kong reads, “the risk is that Hong Kong will become increasingly isolated as an international business center”. To make the climate for Cathay Pacific even more uncertain is the emergence of increasingly fierce competition: the Greater Bay Airlines of the magnate Billy Wong, awaiting approval for passenger flights to and from Hong Kong, is taking considering the purchase of thirty aircraft from Airbus and Boeing, in what appears to be a direct challenge to Cathay Pacific in a sector hitherto dominated by the Hong Kong airline.