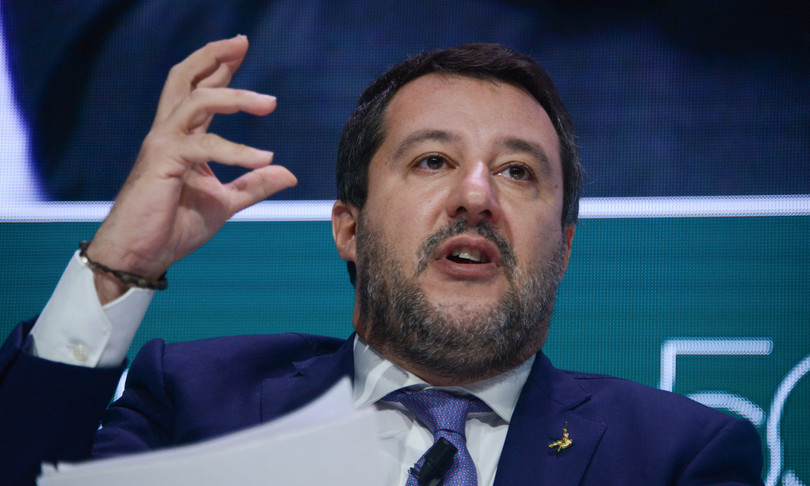 When there are five days left before the first ‘call’ of the ‘big voters’, Silvio Berlusconi does not give up the race for the Quirinale while Matteo Salvini continues to carry on, at the moment in ‘solitary’, his ‘double oven’ game. After yesterday’s clarification between the two center-right leaders, the president of Forza Italia resumed making phone calls in search of new supporters for his candidacy which – on paper – is stuck with around 450 center-right parliamentarians and regional delegates, (excluding the possible snipers), against the absolute majority of 505 necessary to win the election on the fourth ballot.

On the blue front, there are the declarations of Vittorio Sgarbi who speaks of a “sad” Knight and ready to give up. But from the parts of Arcore the reconstruction provided by the ‘telefilistà Sgarbi (who in recent days has recounted in great detail the phone calls to potential big voters, made alongside the president of FI) is denied. Berlusconi intends to compete with numbers, it is guaranteed, even if he has not yet decided when or how: whether in the first, third or fourth vote (in the latter case an absolute majority of voters will be enough to be elected).

In any case, there would be no intention of the Cavaliere to give up the race, at least before Monday, the day of the premiere, ‘he called. After yesterday’s clarification call, there were no other contacts between Berlusconi and Salvini. And at the state of Thursday’s summit should be confirmed, even if there is no call.

On the Northern side, a ‘big’ suggests, however, not to neglect the opening in Europe, where the party in via Bellerio has broken the isolation, voting the popular Roberta Metsola as president of the European Parliament, leaving the corner where had ended since the 2019 elections by allying himself with the European sovereign and eurosceptic parties and not voting in favor of the commission led by Ursula von der Leyen. “The success of this move increases the chances of an election of Draghi at the Quirinale”, confides the senior Northern League, “and the possibility that we will support a new government by 2023”.

At present, for this to occur, Salvini has set a well-defined condition: the participation of leaders or in any case of the parties “at the highest levels” in the new executive. Actually, at the moment the Draghi option is not the favorite among the leaguers. Salvini said he was “reassured” by the fact that Draghi remains in Palazzo Chigi and defined the hypothesis of his move to the Colle as “complicated”. But, in indicating the ministers that it would be “unthinkable to touch” because they are closely linked to the implementation of the NRP, he seems to have circled the boxes that his party might be interested in in the hypothesis of forming a new government: Interior, Defense, Justice, Work .

Salvini, however, also carries out the other oven at the same time: that of an alternative center-right candidacy, to be proposed in the event that Berlusconi does not insist on his race. The names of the possible proposals have been circulating for a few days and are those of Maria Elisabetta Casellati, Letizia Moratti, Marcello Pera, Pireferdinando Casini and Franco Frattini. P.rofili around which the League thinks to intercept the approval of the party of Matteo Renzi and, in some cases, like Moratti and Frattini, also of the 5-star Movement.

“I meet everyone and talk to everyone, then I claim the right and duty to make a proposal for a center-right”, continues to say Salvini, who has contacts with Renzi and has reopened the channel with the president of the M5s Giuseppe Conte, since at least the end of November. The other oven is just the one that made Cav annoyed yesterday. The announcement by the Northern League has greatly agitated the founder of the center-right. The fact that, even before the center-right summit, Salvini has launched the proposal “convincing for many if not for all”, anticipating that he will reveal his name and method on Monday, assuming that Berlusconi will no longer be on the field did not go down to the parties of Arcore.

Also because the Knight could also give up if he realizes the impossibility of the game but it is not certain that he will take a step back to make room for a ‘minor’ figure of the center-right. Another oven that the Northern League leader seems to be shaking to make sure he is in the game in every way.

Salvini clearly says that the League is in government and will be there. Implied: he will not give up even in the case of a move by Draghi to Colle. And it seems to be using the adverse candidacy to have bargaining power in defining the executive to come. The formula he indicates – that of the government of leaders – has not so far met the favor of the other majority parties which, however, have opened to the hypothesis of a political government. Giorgia Meloni is also awaiting a decision from Berlusconi. “The priority is to choose all together in the center-right”, they keep repeating from the open spaces in via della Scrofa.

“If Berlusconi chooses not to compete, if he gives up, I think that the center-right has the right and the duty to put forward one or more proposals, and in that case the FdI would also do its part,” Meloni claimed. “Today the name that emerged is that of Berlusconi. He claims that there are other people ready to support his candidacy, it is the verification that we will have to do. On Thursday at the summit I believe that we will have clearer ideas, and Berlusconi will have them too. but for me it is essential that the center-right is compact “.

And if in the end it were to converge on Draghi and with a single package agreement on Colle and a possible legislative pact on the government, as the majority parties seem to be asking, the risk is that the Brothers of Italy will remain out of the game.