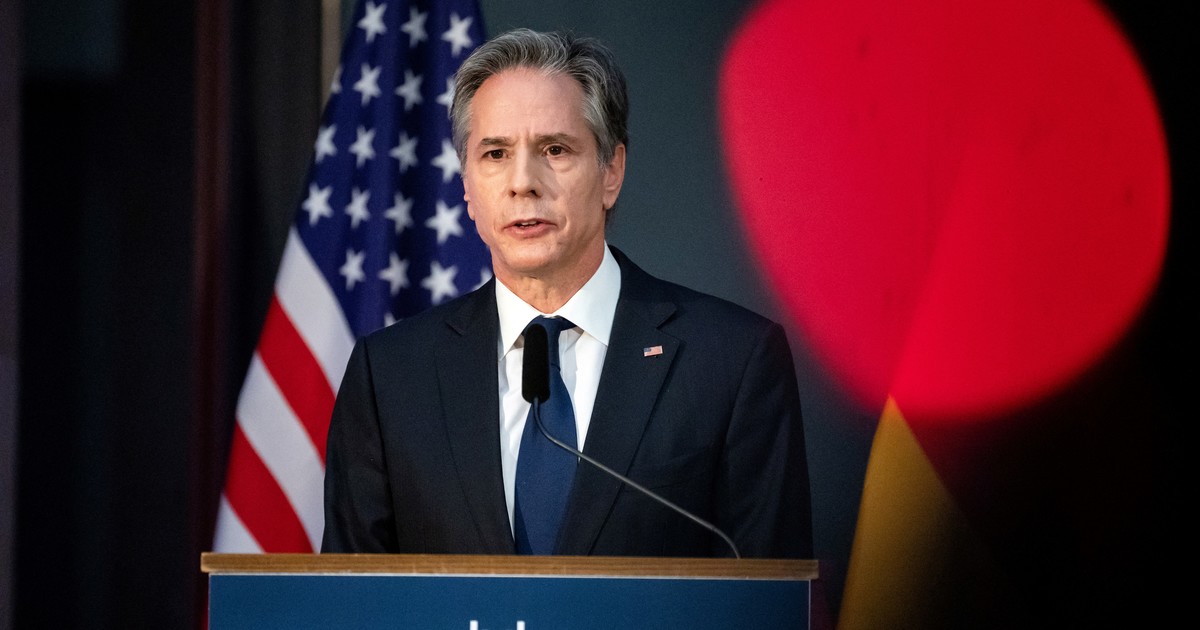 Antony Blinken, US Secretary of State, and Sergei Lavrov, Russian Foreign Minister, are scheduled to meet this Friday in Geneva at the height of the Ukrainian crisis so far.

While Russia continues to accumulate men and state-of-the-art military equipment on its borders with Ukraine, The United States threatens to retaliate in case of attack.

Visiting Berlin, Blinken said Thursday that any attack on Ukraine “would take us back to a much more dangerous and unstable time, when this continent was split in two, with the threat of all-out war looming over everyone’s heads.”

Berlin is the quintessential Cold War city, split in two for decades by a wall from which Russian and American soldiers watched.

Lavrov appears this Friday in Geneva requiring written guarantees that NATO renounces forever incorporating Ukraine and Georgia and that it will withdraw troops and material to where it had them before 1997.

That would leave the entire eastern part of the old continent and the Balkan region unprotected. Countries like Poland, the Czech Republic, Romania, Bulgaria or the three Baltic republics would only be members of NATO on paper.

A scenario that the Atlantic Alliance rejects outright. Blinken said Wednesday in Ukraine that he has no intention of bringing any papers to that meeting with Lavrov.

Ukrainian soldiers in the conflict zone with pro-Russian rebels, in Mariupol, in the Donetsk region. Photo: AP

Blinken corrected US President Joe Biden on Wednesday when he hinted that a “minor incursion” would carry minor penalties.

Secretary of State Blinken tried to erase that idea: “If the Russian military forces cross the border of Ukraine and commit further acts of aggression against Ukraine, they will get a united, rapid and severe response by the United States and its allies.

The Secretary of State warned the Russian president that his country will pay a high price in human lives (it is understood that among the soldiers who eventually attack Ukraine) and that it could be excluded from the world banking system.

Among the sanctions that the European Union is preparing is the expulsion of Swift’s Russian financial establishments, a company located in Belgium and through which the vast majority of global financial transactions pass.

Movement of troops and weapons

Washington on Thursday authorized the Baltic countries to send US-made military equipment to Ukraine. The UK has been shipping for three days military cargo aircraft with war material to Kiev, something that Moscow considers a threat.

Countries like Sweden, Denmark or Finland days ago put their Armed Forces on alert.

Washington announced Wednesday that it was increasing its military aid to Ukraine from $450 million to $650 million.

Spain sent a frigate on Thursday to reinforce NATO patrols in the Black Sea and France announced the sending of an air patrol to Bulgaria.

Germany is the only European country that openly refuses to move troops or to deliver weapons to Ukraine. He considers that this will only aggravate tensions.

Russia reacted by announcing naval exercises in the Pacific, the Atlantic, the Indian Ocean and the Mediterranean that will involve 140 ships and 10,000 men, a massive and simultaneous Russian deployment across half a planet for which there is no precedent.

Blinken’s tour of Europe does not end this Friday in Geneva.

With nothing officially on the agenda for the weekend, on Sunday at the last minute he is expected in Brussels, where on Monday he will participate in the meeting of European foreign ministers to discuss the crisis in Ukraine.

Europe continues to maneuver so as not to be left out of the big table in an issue in which a good part of the security of its eastern flank is at stake.

In the words of the European Foreign Minister, the Spanish-Argentine Josep Borrell, “the European Union and the United States are together facing the security challenges in Europe.”