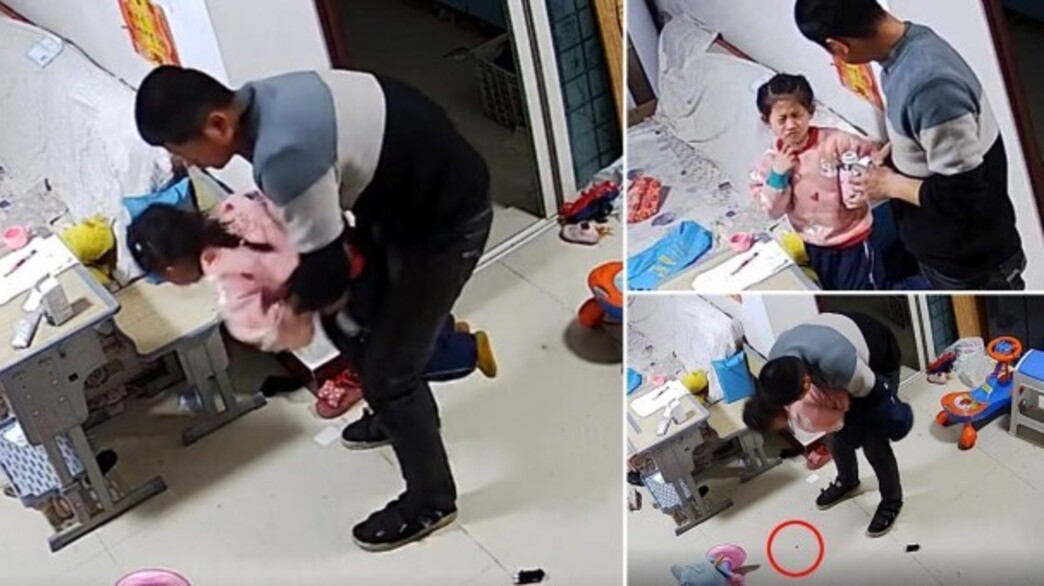 The incident, which was entirely documented by security cameras, has since gone viral on social media in China, where many have pointed out that it is living proof that every parent must know how to perform a Heimlich maneuver: “This father should get a medal for what he did,” wrote one surfer.

A man living in eastern China has become a local hero after his documentation of rescuing his young daughter from suffocation went viral on social media in the country. The stressful incident occurred a few days ago in Qingdao city, while the father was staying with his 8-year-old daughter in the living room of their home.

During the video you can see the moment when the girl started coughing and pointed towards her throat. The father, realizing immediately that something was wrong went into action, and without hesitation performed a Heimlich maneuver, began to press on his daughter’s upper body for several long seconds until the foreign object blocking her airway was ejected.

Immediately afterwards it turned out that the foreign bone that blocked the girl’s trachea was a small candy, and a few seconds before the video ended one could see the father picking up the tiny candy from the floor and explaining to his daughter that she should be careful the next time she eats this type of candy.

The post has since been viewed several million times on social media in China and garnered thousands of comments from surfers, with many noting that the documentation underscores how important it is for parents to know how to perform a Heimlich maneuver. “It could have ended in disaster,” wrote one surfer. “This father should get a medal for what he did.”