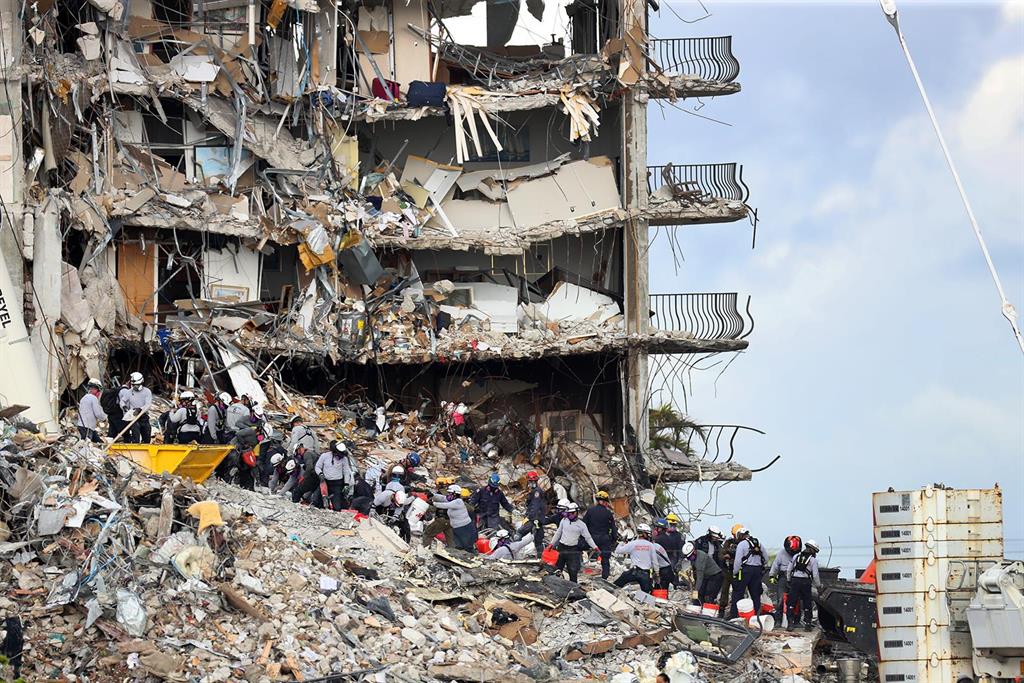 At least six of the firefighters working in search and rescue operations at the residential complex that collapsed last week in the city of Surfside, Florida, have tested positive for coronavirus.

The information has been confirmed by Miami-Dade County Fire Chief Alan Cominsky, in statements collected by the local branch of the CBS network. It is unknown at the moment if any of those affected are under quarantine.

For now, the mayor of Miami-Dade County, Daniella Levine Cava, has announced that there are already 22 bodies rescued after the collapse, while 126 people are still missing.

For his part, the president of the United States, Joe Biden, issued an emergency declaration on Friday to approve an increase in federal funds to help the authorities of the state of Florida in rescue efforts.