N12 – Chabad envoy in Boston stabbed: “This is anti-Semitism 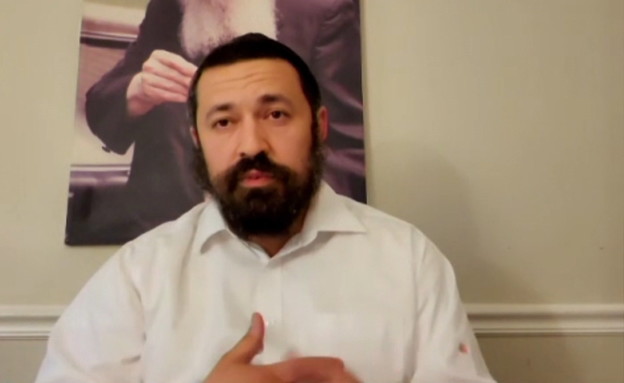 Suspicion of antisemitic attack in the US: Rabbi Shlomo Noginsky of the Chabad House in Boston was attacked and stabbed eight times by a young man on the street. The assailant was arrested but police have not yet released the motive. “And I think if something goes wrong with the robbery, you have no interest in chasing the person and trying to stab him for long minutes.”

The attack took place on Thursday this week outside a Chabad building in the city, which includes a synagogue and a school. The suspect in the attack, a 24-year-old Khaled Awad, was arrested and indicted. Get in the car, but when the rabbi tried to escape, the young man attacked and began stabbing him.

At one point Rabbi Noginsky managed to escape the scene and call the police who arrested the assailant and filed an indictment against him for attempted murder – but not for a hate crime or anti-Semitism. Police are still investigating the incident.

Hours before Shabbat began, Rabbi Noginsky was released from the hospital. “A big miracle happened to me and I came out relatively out of what could have been really cheap,” he tells the N12 in an interview from his home. “It hurts. I got 8 stabs mostly in the hand and a little in the stomach, really it’s a big miracle because he aimed at the body, he wanted to hit, he tried dozens of times. Thank God it ended like this. It still hurts relatively, but really thank the saint for the miracles.”

“Unequivocally in my opinion this is an antisemitic event,” says Rabbi Noginsky. “That’s how I feel and I felt at that moment that a man wants to kill me and not steal my car – wants to even kidnap me. I mean more correctly he wanted to kidnap and kill me.”

He said the young man who attacked him tried to stab him in the heart and other parts of the body, proving that it was an attempted murder against an antisemitic background. “He was really trying to reach the heart, the body, which is something significant,” the rabbi noted. “So I do not know, I do not see any possibility that it is something else.”