Horror in Mexico: A dead baby was found inside a trash can in a prison in the south of the country 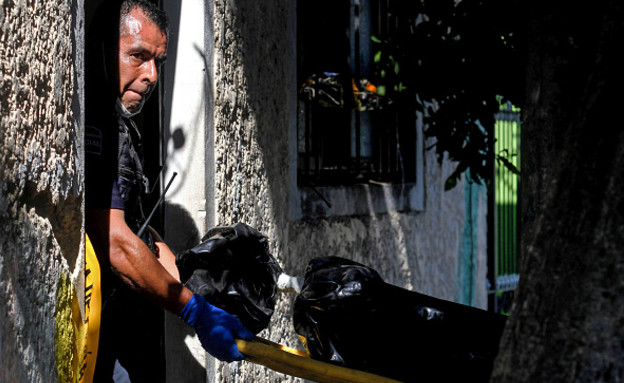 The law enforcement authorities in the state of Puebla are investigating the details of an affair during which a prisoner found the body of a baby several months old in one of the rubbish bins in the prison. According to local police estimates the baby was smuggled in with a drug delivery in his womb. “This investigation will be conducted sensitively to find out the truth about this horrific crime,” the state governor said.

Sources involved in the details of the shocking incident estimate that it is a three-month-old baby at most and the cause of his death is still unclear, although they have found a long transverse incision in the area of ​​his lower abdomen. The prevailing belief at the moment is that the baby was used by gang members who came to visit their friends for smuggling drugs into the prison.

Miguel Barbosa Huarte, governor of the state of Puebla, referred to the affair and noted that the baby was born outside the walls of the prison for sure, and now they are trying to decipher his identity or the identity of his mother. “This investigation will be conducted sensitively in order to find out the truth about this horrible crime,” the governor added. “The first step will be to discover his identity.”

Meanwhile, human rights activists have pointed an accusing finger at the authorities, and a statement issued by Reinserta, a non-profit organization working to rehabilitate criminals in Mexico, claims that this tragedy occurred because of government corruption. According to members of the organization, there have been cases in the past where prisoners were caught smuggling escort girls to the same prison, as well as drugs and other prohibited objects.

Saskia Nino de Rivera, one of the founders of Reinserta, spoke about the case in an interview with the news site Milenio and said that the baby’s blood was in the hands of the administration. “The way this affair is being investigated is simply absurd. How does it make sense that no one in prison, whether it be prisoners, wardens or management, knew that a baby went in there – alive or dead. Not only that, they are so unconnected to what is happening on the ground, “They did not even notice that he did not leave.”