Canada, hundreds of victims and fires for the “heat dome” 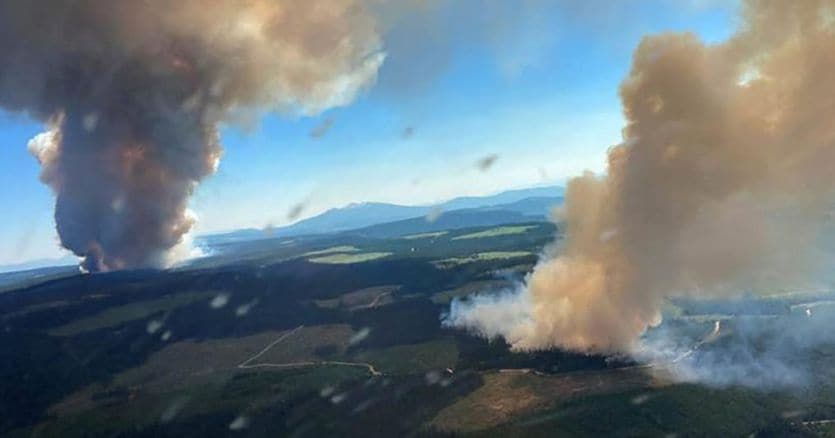 An unprecedented heat wave joined by dozens of fires is increasingly an emergency in western Canada, in the British Columbia region overlooking the Pacific Ocean.

State chief medical examiner Lisa Lapointe said there were 719 sudden and unexpected deaths in the province during this week of record heat. An unprecedented figure, he added, explaining that it is three times higher than the average of deaths over this period. Lapointe then specified that extreme weather conditions are considered a determining factor in the increase in deaths and that the figure is set to rise.

Not only. Over 130 massive forest fires, mostly triggered by lightning, are ravaging the area. the federal government intends to send military aircraft to help firefighters contain the flames.

The case of Lytton is emblematic, a village of 250 inhabitants in the hinterland of the 260 region north-east of Vancouver, literally engulfed in flames. On June 29, the country hit a maximum temperature of 49.6 degrees, pulverizing Canada’s previous national record of 45 degrees set in July 1937.

The exceptional heat wave hit the entire north-western quadrant of North America, including the United States. According to health authorities, at least 95 have died in the state of Oregon, most of them in Multnomah County of which Portland is the capital.