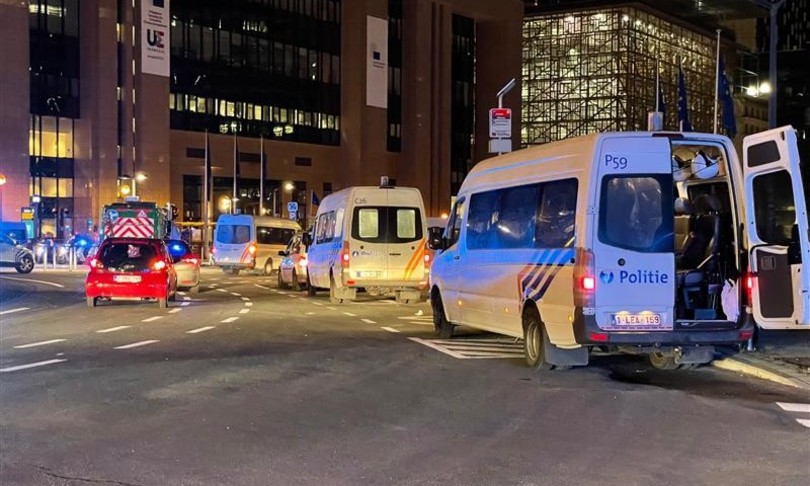 The protest against health restrictions which, according to the police, gathered around 50,000 people this morning in Brussels ended with clashes between law enforcement and demonstrators. Starting at eleven from the North Station of the Belgian capital, the procession reached the Cinquantenaire Park an hour later, where local and international speakers gave speeches.

The park is located next to the main institutions of the European Union and it is right next to the headquarters of the community organizations, around the Schuman roundabout, that the violence began. Some protesters threw objects at the officers, who responded with water cannons and tear gas. Some vehicles and buildings were damaged.

Before the march began, the police searched the participants and in some cases found dangerous objects, which were seized. Six people were arrested before the march left. German, French, Dutch, American, Polish and Romanian flags were seen during the demonstration.

Protesters carried banners criticizing governments, vaccination or the digital covid certificate, and most of them wore no masks. In Belgium, demonstrations against the restrictions imposed by the pandemic have repeatedly resulted in riots and vandalism, as last November 21, when the protest gathered 35 thousand people in Brussels.

Protesters also attempted to storm the headquarters of the European Union External Action Service (led by High Representative Josep Borrell). The entrance to the building was subject to stone throwing. Several stained glass windows have been shattered. According to the police, 50,000 people took part in the demonstration.

“We strongly condemn the senseless destruction and violence at today’s demonstration in Brussels, including against our premises of the European External Action Service.” The EU High Representative for Foreign Policy, Josep Borrell, writes in a tweet. “Thanks to the women and men of the police for their action,” he adds. In the afternoon, novax protesters stormed the headquarters of the Borrell Service