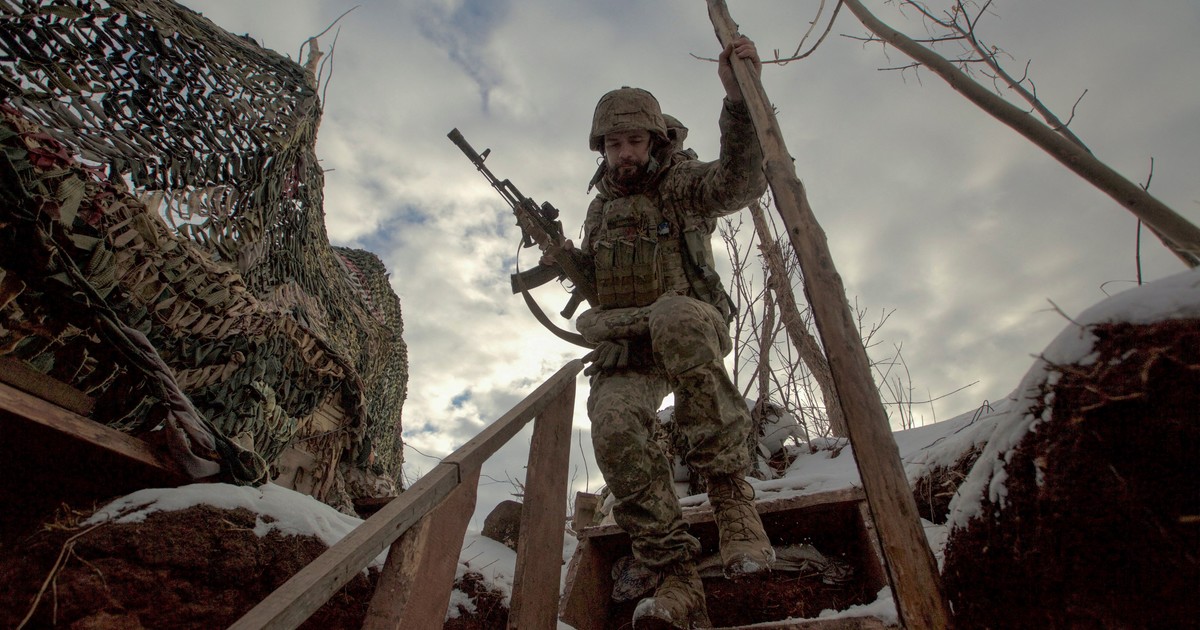 NATO begins to grease its mechanisms. The Atlantic Alliance gave this Monday the order to put its troops on alert and has already made some small movements.

It is about showing Moscow that Westerners are prepared for any eventuality. If Vladimir Putin wanted NATO to get out of Eastern Europe, his military pressure on Ukraine is achieving exactly the opposite.

Various NATO member states they are sending ships and fighter planes to bases in countries like Bulgaria or the Baltic republics in an attempt to show muscle.

“NATO will continue to take all necessary measures to protect and defend all its allies, also strengthening the eastern part of the Alliance,” said NATO Secretary General Jens Stoltenberg of Norway.

In the last days the announcements happened. Spain launched a state-of-the-art frigate that will patrol the Black Sea while Denmark sent another to the Baltic.

The Danes also send four F-16s to Lithuania and Spain four Eurofighters to Bulgaria. In Bulgaria they will be joined by two Dutch F-35s (which should arrive in April) and a French air fleet.

A US soldier will prepare weapons and ammunition to send to Ukraine, this Friday, at a base in Delaware. Photo: AFP

The United States, according to cables from various agencies, is studying sending up to 5,000 soldiers to countries such as the Baltic republics and Poland or Romania.

NATO stepped up in 2014, after Russia forcibly annexed the Ukrainian province of Crimea, its eastern flank and stationed multinational task forces in Estonia, Latvia, Lithuania and Poland.

They are directed, respectively, by the Armed Forces of the United Kingdom, Canada, Germany and the United States.

Russia considers that these movements only serve to make the situation more tense. The Kremlin spokesman said on Monday morning that “tensions are exacerbated by the announcements and the concrete actions of the United States and NATO.”

According to Moscow in Europe there is “hysteria”. The Russians say that the only risk of war would be that Kiev ordered an attack against the pro-Russian separatists who control (with the help of men, weapons and funds from Moscow) the southeast of Ukraine, the Donbass mining region.

The European Union, a military dwarf but an economic heavyweight, mobilizes money. The President of the European Commission, Úrsula Von der Leyen, announced at noon on Monday that Brussels would make available to Ukraine 1.2 billion euros of “urgent macro-financial” aid to help Kiev to “respond to the financing needs linked to the conflict”.

Russian flags fly next to a statue of Lenin in Ukraine’s rebel-held Donetsk region. this Monday. Photo: REUTERS

Half, 600 million, will be disbursed in days or weeks when it is approved by the bloc’s governments and by the European Parliament.

Von der Leyen did not give details but community sources explained that part of those 1,200 million will be in the form of a subsidy that Ukraine will not have to repay and another part in the form of loans with little interest. The official assured that the money goes mainly to “consolidate the state apparatus.”

The European foreign ministers once again condemned the Russian military pressure on Ukraine and demanded that Moscow “de-escalate, behave in accordance with international law and commit to constructive dialogue through established international mechanisms.”

The Europeans assure that the notion of “spheres of influence” has no place in the 21st century and that the parties involved in the tension must be guided by the Charter of the United Nations and the founding documents of the OSCE, by the Final Act of Helsinki and by the Charter of Paris.

“That includes the sovereignty and territorial integrity of States, the inviolability of borders, the non-threat with the use of force and the freedom of States to choose or change their own security agreements,” they detailed.

A Russian Tu-95 bomber aircraft at a base in Engels, Russia, on Monday. Photo: AP

European foreign ministers reminded Moscow that “any new Russian military aggression against Ukraine will have serious consequences and severe costs” (for Russia).

The European Union has been coordinating with the United States for days the panoply of sanctions that it would apply against Moscow if the Russian Armed Forces finally set foot in Ukraine, albeit covertly, as when Russia conquered Crimea in 2014 with soldiers without insignia, the “men in green”. ”.

The European ‘foreign minister’, the Spanish-Argentine Josep Borrell, did not clarify after the meeting the details of the sanctions that would be applied to Russia if it attacked Ukraine.