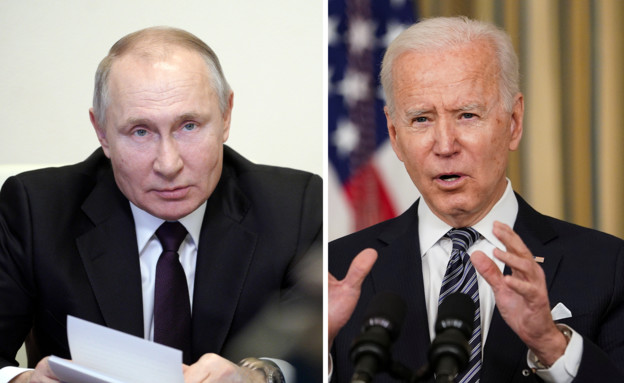 US President Joe Biden said this morning (Tuesday) that Western powers are united in the face of Russia’s threats to invade Ukraine. He said this after video talks with European leaders. .

“It was a great meeting, there is full unity with all European leaders,” Biden said at the end of the 20-minute conversation. The U.S. announced earlier that 8,500 U.S. troops were on high alert to be sent to Ukraine in case of need.

The meeting took place days after Biden revealed behind-the-scenes disagreements between NATO allies over the intensity of the response in the event of a Russian invasion.

In Britain, Prime Minister Boris Johnson’s office also said that “leaders have agreed on the importance of international unity in the face of growing Russian hostility”. It was also announced yesterday from the UK Prime Minister’s Office that it would be hit by a strong and rapid response if there was another Russian invasion of Ukraine.

A senior foreign relations department in the Ministry of Education sent a letter to members of the Jewish community in Kiev asking them to be organized for evacuation. “A decision to evacuate, if necessary, will be made by the relevant authorities and in accordance with developments,” it said. “I would like to inform you that you must be organized and ready to immediately carry out the instructions that will be passed on to you from the security forces.”